Professor's view of Vermeer back in the public eye 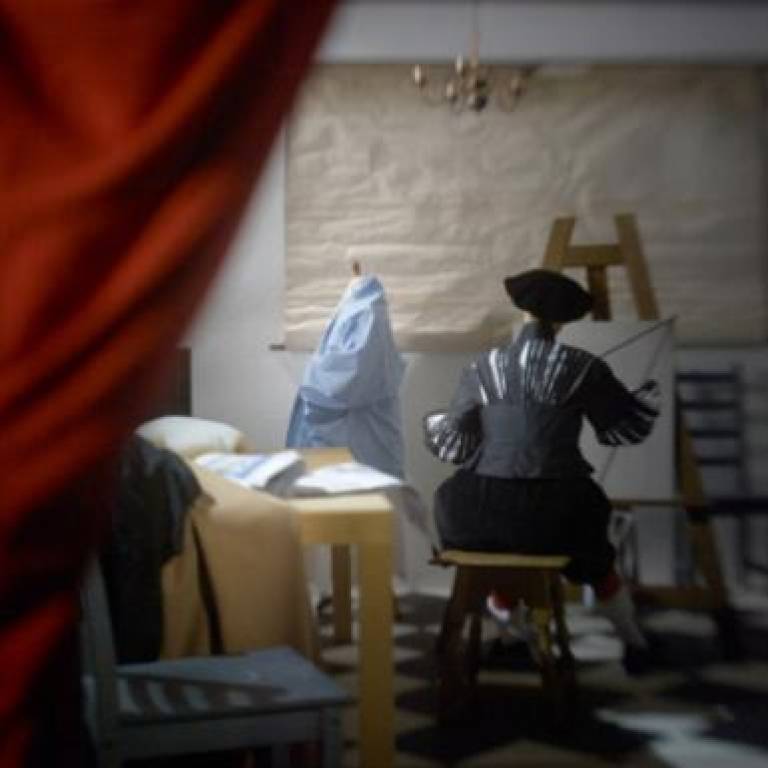 The work of a UCL professor who devised a controversial theory about the paintings of Dutch master Johannes Vermeer will feature in two new films and a New Year exhibition.

Professor Philip Steadman caused a sensation in the art world in 2001 when he published his book - Vermeer's Camera - about the great 17th-century painter.

Steadman, who is Professor of Urban and Built Form Studies at the Bartlett School of Graduate Studies, investigated the suspicions of art historians who suggested Vermeer used a camera obscura - the predecessor of the photographic camera - as an aid to painting.

Their argument rested on the hypothesis that Vermeer's paintings reproduce some effects of lenses that would be invisible to the naked eye, but Professor Steadman took a different approach.

The experiment produced startling results: he found that all the pictures depict the same room - the painter's studio in Delft - and the geometry of six of them was consistent with their being projected on to the back wall of the room using a lens and then traced.

His conclusions caused controversy, dividing art historians while convincing many scholars in the history of science, technology, optics and photography.

Now his ideas will appear in two films about the painter and an exhibition centred on Vermeer's masterpiece, 'The Art of Painting'.

The first film - Views on Vermeer: 12 Short Stories - is made by a Dutch company and will air on Dutch television on Christmas Eve.

The film, which is about the artist's continuing influence in the 21st century, features a segment filmed in the south of France, where Steadman has built a large camera obscura and continues to experiment with making drawings and paintings under the projected image.

Professor Steadman, meanwhile, is flying to America later this month to contribute to a second film about Vermeer and optics, which is being directed by the American stage magicians Penn and Teller.

Their film concentrates on how an artist might apply paint inside a camera booth while working in semi-darkness, as distinct from simply tracing outlines.

And from January to April next year, the Kunsthistorisches Museum in Vienna will revisit Professor Steadman's ideas by constructing a full-size replica of the scene depicted in 'The Art of Painting' and using a camera obscura to obtain an image the size of the canvas.

In addition, a Japanese edition of Vermeer's Camera will be published next year. For more information about Professor Steadman's book follow the link above.

Image: A photograph of the full-size image of 'The Art of Painting' obtained in the camera obscura at the Kunsthistorisches Museum in Vienna, after the curators constructed a replica of the scene depicted in the painting