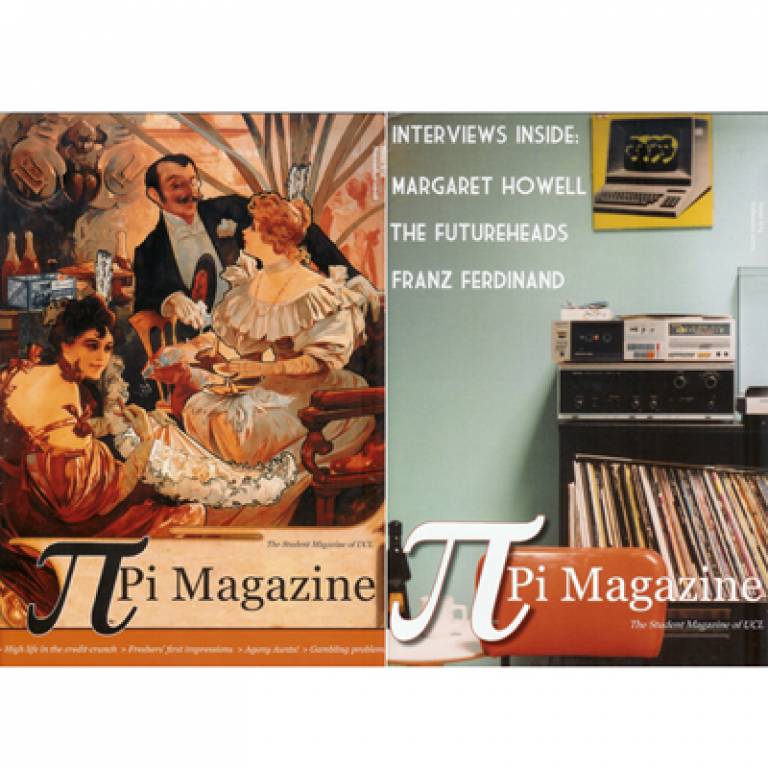 UCL student publication Pi Magazine has been named Runner Up Magazine of the Year at the Guardian Student Media Awards 2009.

Marina Kolobova and Christina Farr, who edited the magazine 2008-09, both graduated from UCL History earlier this year and have returned to undertake masters degrees. They received the £900 prize money at a ceremony held at the Proud Galleries in Camden last week.

They said: "We feel very honoured and are very grateful to the Guardian for acknowledging the work of everybody here at Pi Magazine. With the continued support of both writers and readers, we hope that Pi will remain an essential part of student life at UCL."

Pi Magazine is part of Pi Media Society. It is dedicated to student culture and regularly features interviews with high-profile figures, such as former UCL student and acclaimed film director Christopher Nolan. The magazine was pipped to the post by The Oxymoron from Oxford University.

The Guardian Student Media Awards have sought out the best student writers, designers, broadcasters, editors and photographers for the past 30 years. The magazine category recognises "an intelligent mix: accurate targeting of the student and local readership; strong ideas; high-quality writing; thoughtful packaging of articles; clear and confident presentation, design, and 'selling' of contents."

Members of the Pi Magazine team also attended the Guardian's Student Media Conference, held on the same day as the prize-giving ceremony.  Ms Kolobova and Ms Farr said: "The conference was a rare opportunity for student journalists from all universities and institutions to get together with experienced writers and discuss the future of the industry. Hearing talks by leading correspondents provided us with support and encouragement as well as information about this career choice."