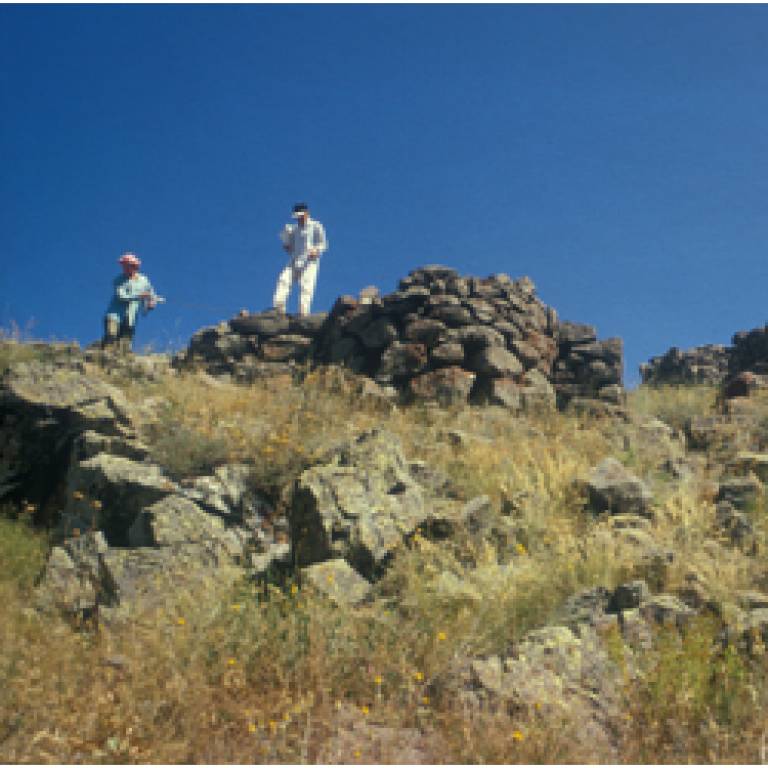 Project Paphlagonia is the first fully published multi-period archaeological and historical survey of the little explored region of north-central Turkey.

Today this region includes the provinces of Çankiri and parts of Karabük. Directed by Professor Roger Matthews (UCL Institute of Archaeology), the project surveyed an area of almost 8,500km2 over three years and located and recorded more than 330 historically significant archaeological sites.

The aim of the project was to recover enough evidence to reconstruct and analyse patterns of settlement and land use from early prehistoric to Turkish times.

Sites dated from early prehistoric to Ottoman, and included Palaeolithic campsites, Chalcolithic and Early Bronze Age settlements and cemeteries as well as fortified defensive sites of the Hittite period, Phrygian villages and burial tumuli, and a wealth of small towns, villages, farmsteads and hill-top refuges of the Hellenistic, Roman, Byzantine and early Turkish periods.

Roger said: "The project revealed the delicate balance through time between the settlement patterns of human communities and the impact of environmental and, particularly, political factors. The location of Paphlagonia means that for much of its history it was a contested border zone with evidence for fortification and rural abandonment at the edge of a succession of empires (Hittite, Phrygian, Roman, Byzantine, Ottoman). This instability also underpins the repeated failure of urban development in the region. Until recently it was simply too unstable for cities to take root and blossom, despite regular attempts by imperial regimes to urbanise the area. In pre-modern times, only the Romans succeeded in sustaining urban growth in Paphlagonia, thanks to the peaceful conditions they were able to impose over it."

This is the first survey of its kind to appear in both print and online formats and includes a project website (link above). The survey presents analytical treatments of all these periods as well as studies of the geology, geomorphology and climatology of the region. Studies of long-term settlement trends and patterns complete the publication of an important and productive programme of archaeological and historical survey.

There are already new projects in the region, building on the results of Project Paphlagonia. Turkish excavations at the Roman/Byzantine city of Hadrianopolis and the Hellenistic fortress of Asar Tepe are underway and are natural and valuable successors to the project.

Images from top: A hilltop fort; The Paphlagonian landscape.

UCL Institute of Archaeology is one of the largest and most diverse archaeological departments in the world. In addition to core areas of archaeological theory and practice, the Institute is a leading centre for research and teaching in interdisciplinary fields such as Cultural Heritage and Museum Studies.