UCL's Dr Lewis Dartnell, who took part in a high-profile debate about the future of UK science on 30 November, discusses the complexities of assessing the impact of research. 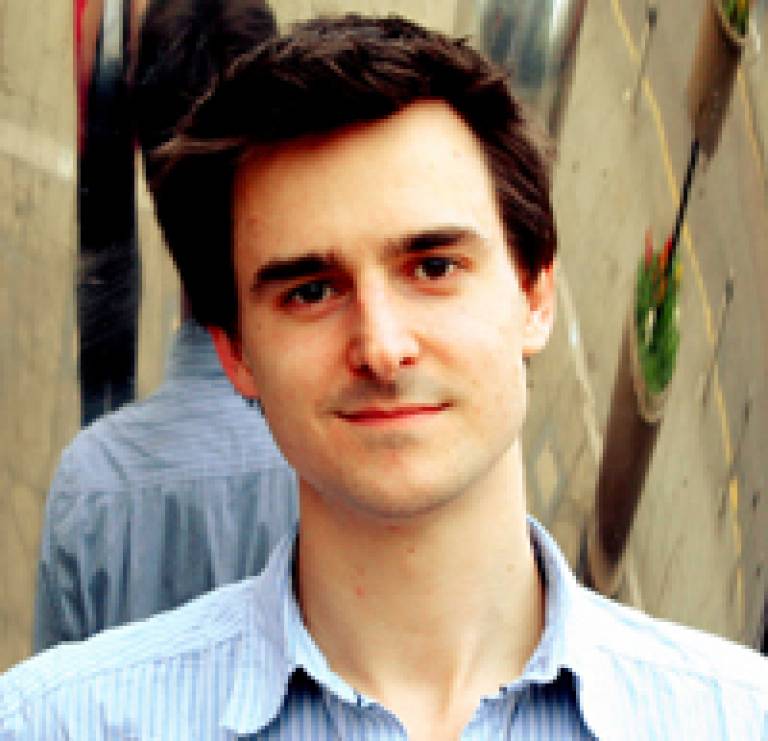 What does the future hold for UK science, and how can we best benefit from our sturdy research base were the key issues addressed in the 'Blue Skies' debate on 30 November, organised by the UK Government Department for Business, Innovation and Skills, Times Higher Education and the Wellcome Trust.

To kick off, each of the panellists spoke about a few of their hopes and concerns for the future of blue skies science. There is the perception that fundamental research is being threatened by the government's move to include assessment of the 'impact' of research as part of the funding approval process, meaning that blue skies research could lose out to projects promising returns in the shorter term. The panellists did not disagree on the importance of both applied and fundamental science, but what is the optimum balance between the two and how should this be fostered via funding assessments?

Much of the early discussion focused on the problems inherent in assessing the 'impact' of research, in terms of the likely sociological or economic benefits discoveries may bring. On the whole, the science community is resistant to the imposition of this requirement, both as part of the HEFCE (Higher Education Funding Council for England) Research Excellence Framework and the RCUK (Research Councils UK) grant application process.

Even if the process is retrospective, with a description of the demonstrated impact of similar prior research so that no crystal ball-gazing is required, this initiative is still deeply flawed. Peer review by members of your own community, as Lord Drayson explained to attempt to assuage fears, is no solution. Which scientists are qualified to assess the relative economic or sociological impacts of different research programmes?

Successful scientific entrepreneurs who have made good returns on their own start-up companies do exist, and Lord Drayson himself is a prime example of this breed, but the expectation that every scientist ought to become more business-minded is distasteful. As one questioner pointed out, why would you force a first-rate scientist to become a second-rate entrepreneur, rather than simply improving links between the two specialists?

My major issue with any assessment of impact, regardless of it being retrospective or conducted by my peers, is that the exercise is ultimately futile. The ill-defined elements of impact cannot be evaluated in the same way for fundamentally different modes of research: that directed towards a specified outcome and that purely curiosity-driven. The discoveries yielded by blue skies science are inherently unpredictable, often revolutionary, with long lead-times before opportunities for commercial exploitation, and are often inspirational to students and the public. How can these impacts be quantified or compared in any meaningful way against the easier-to-envisage returns from applied science?

If a research programme can demonstrate its probable success at making a biotechnology process more profitable, or at improving car fuel efficiency, for example, you can rest assured that private industry will already be interested in investing and collaborating so as to secure rights to the subsequent capitalisation. If UK plc wants to capitalise more on scientific research then perhaps UK plc could contribute more to funding it. The very research fields that need nurturing with public money are those that will probably not yield immediate financial return, yet may produce fundamental advances in understanding and open many new avenues of enquiry, some of which will be profitable.

Attempting to generate more value from UK science is a laudable enterprise, but enforcing an assessed statement of the expected impact of research is not the way to achieve this. A much better approach, in my opinion, would be for encouragement of more private investment in applied science, with fundamental research unthreatened for its share of public money.

The passionate reaction of the community against these impact assessments was clearly evident at the Blue Skies debate. Many of the audience had apparently come with pre-prepared questions for the minister, so the panel discussion was somewhat one-sided. Questions could also be submitted through Twitter from people watching the debate streamed live online, and a twinterview with all panellists followed the event (indeed, the event had been initiated by tweets exchanged by Mr Stuart and Lord Drayson).