A better understanding of our reaction to humanitarian crises 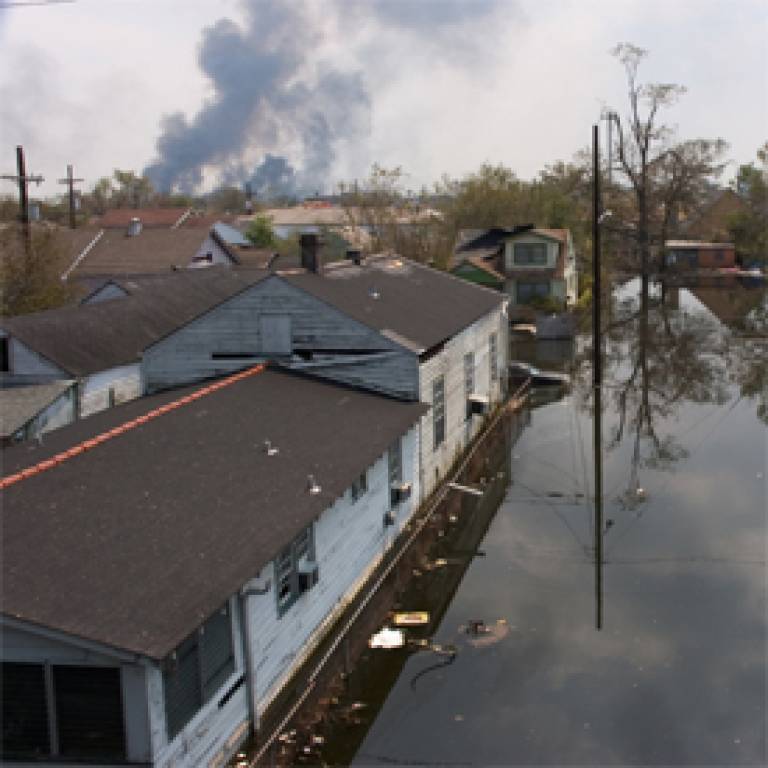 New research led by UCL academics suggests that our response to disasters depends partly on the range of death tolls we are usually exposed to.

Millions of lives are lost around the world each year to accidents, terrorist attacks, wars, epidemics and natural disasters. What's more, the prediction is that climate change will increase the number and intensity of some of these events. Newly published research from the ESRC Centre for Economic Learning and Social Evolution (ELSE) at UCL suggests that the way people - whether members of the public or policymakers - react when faced with human fatalities is highly dependent on the distribution of death tolls they are typically exposed to.

The findings could have important implications for multi-lateral donors, national governments, aid agencies and the press in terms of planning for, fundraising for, reporting on and responding to such emergencies.

Reactions to tragic events depend largely on the size of their associated death tolls. A disaster involving millions of victims tends to produce a bigger response than one that impacts on tens of thousands of our fellow humans. Previous research has shown, however, that people tend to show a diminishing sensitivity to the numbers of lives involved. As an event's death toll increases, each additional death seems less shocking, so that, for example, we appear to care less about the last thousand people to die in a large-scale disaster than the first thousand fatalities.

Despite its grave implications, the reason for this tendency has until now not been well understood. Dr Christopher Olivola, a researcher from UCL and ELSE, along with Dr Namika Sagara from the University of Oregon, have published research in the Proceedings of the National Academy of Sciences explaining what may cause such diminishing sensitivity.

The study has shown for the first time that our motivation to act is based on our memory of similar events and a comparative, rather than absolute, evaluation of human death tolls. It suggests that reactions to fatalities are fundamentally relative and dependent on personal history.

According to the researchers, we evaluate the seriousness of a disaster by first drawing on a sample of comparable events from our memory to obtain a set of comparison death tolls. We might, for example, compare an event with other disasters that we have seen in the news or heard about from talking to family, friends, or colleagues. Then we compare the event with all those we have drawn from memory. The ''shock'' associated with a target death toll is simply its relative rank-position within the set of comparison events rather than some fundamental value on a scale of human fatalities. This new research stresses that our responses will be shaped by the environment we live in - in particular the frequency with which we observe small or large death tolls in the news and in our day-to-day lives.

In a series of studies, the researchers show that our diminishing sensitivity to human fatalities seems to follow from the fact that death tolls are distributed in such a way that most deadly events involve very few deaths, while a few events involve very large numbers of human fatalities. As they show in one experiment, this sensitivity is malleable and can be altered by exposing people to varying distributions of death tolls.

Another implication of this research is that sensitivity to human fatalities will differ predictably across countries, as a function of the distribution of death tolls they are typically exposed to. In a country such as the UK, which is unused to mass deaths, a medium-scale disaster will seem really shocking, but the shock value will quickly start to blur as the numbers increase so that large-scale events will seem indistinguishable. However, in a country where mass deaths are more common, a medium-scale disaster may seem less shocking but people will be more sensitive to differences in magnitude between large-scale events because they have observed many more of them.

In line with this prediction, Drs. Olivola and Sagara compared respondents in India, Indonesia, Japan, and the US, and found evidence of greater diminishing sensitivity to fatalities in the latter two countries (which tend to experience relatively fewer large-scale disasters) than in the former two.

"On a theoretical level, this research fundamentally challenges the view that the value we place on human lives is governed by stable underlying disutility functions. On a practical level, it advances our understanding of people's reactions to humanitarian crises and other deadly events. For example, it would seem that wealthy nations which have the resources to help those countries most affected by mass deaths also have populations that are most likely to show a diminishing sensitivity to human fatalities. We hope this knowledge will ultimately help save many lives," explains Dr Olivola.