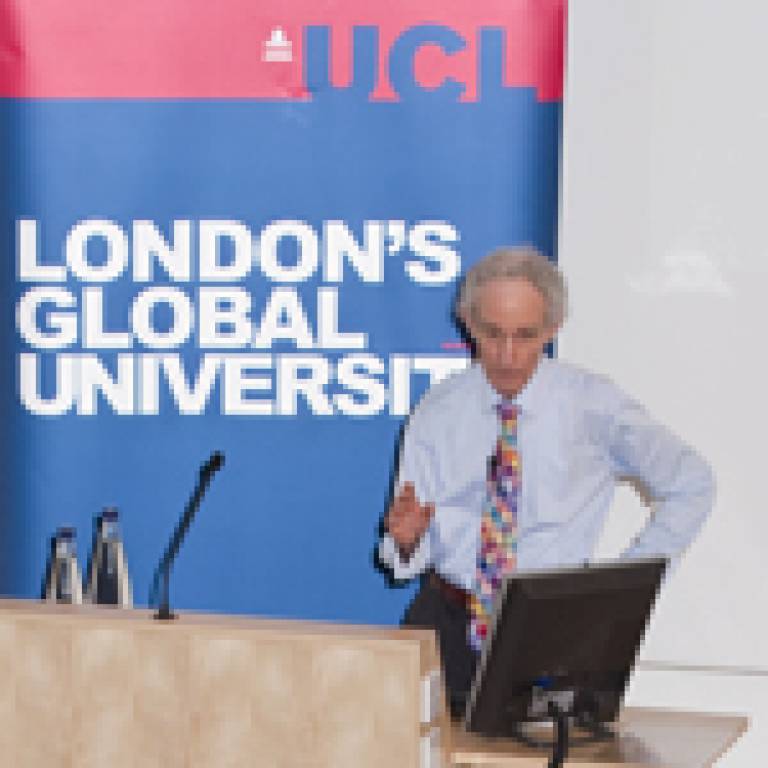 The annual UCL-Lancet Lecture - delivered on 29 November by Professor Lord (Robert) May, former Government Chief Science Adviser and former President of the Royal Society - is now available to view online.

Professor Lord May's theme was climate change and global health. He addressed climate-change denial, the role of fundamentalist religions in inhibiting rational approaches to prevention and cure, the need for the education of women around the globe as a first step towards more responsible population control and disease reduction, and the scandal of the high incidence of death from infectious disease in developing countries.

Professor Lord May was President of the Royal Society (2000-2005) and Chief Scientific Adviser to the UK Government and Head of the UK Office of Science & Technology (1995-2000).

The event was organised by the UCL Institute for Global Health, the hub which brings together UCL's multidisciplinary wealth of intellectual capital and international collaborations to provide innovative, workable solutions at scale to address the Grand Challenge of Global Health.

To find out more use the links at the top of this article.