UCL awards for employment practice for women in science 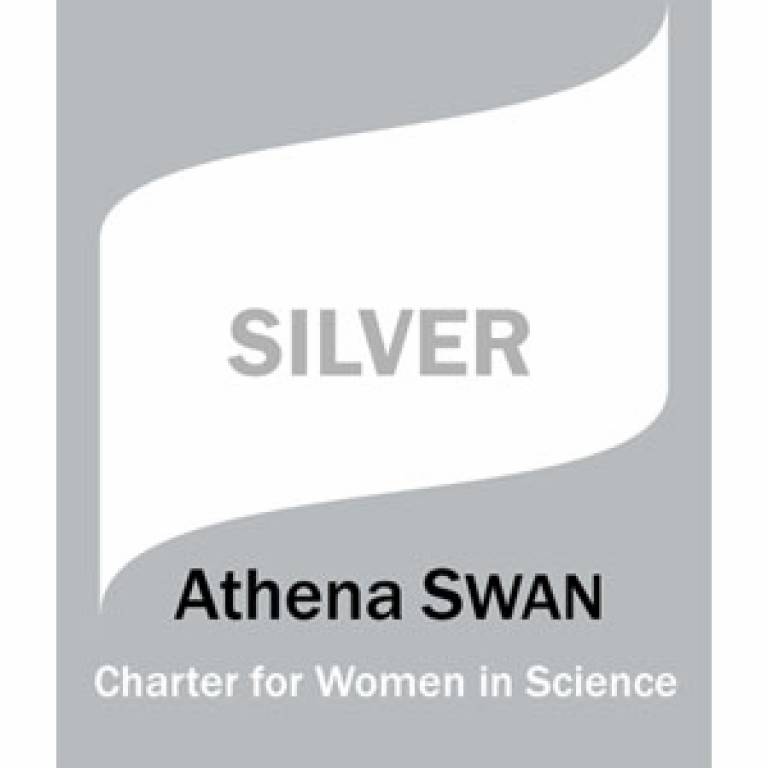 UCL has received four Silver awards from the Athena SWAN Charter, which recognises and celebrates good employment practice for women working in science, engineering and technology in higher education and research.

The UCL departments of Chemical Engineering; Civil, Environmental and Geomatic Engineering; the MRC Laboratory for Molecular & Cell Biology; and the entire  Division of Psychology and Language Sciences have  received Silver awards in the 2009 round, representing a quarter of all awards made at this level (no gold awards were made this year).The submission for Civil, Environmental and Geomatic Engineering was described by the judges as "near perfect", and was particularly commended for the department's recruitment of a large cohort of early career women in 2004/05 who were starting to make their way into more senior positions.

The judges were impressed with the comprehensive self-assessment process carried out by the MRC Laboratory for Molecular & Cell Biology, and the research initiated into the gender differences in obtaining grants and publication by the UCL Division of Psychology and Language Sciences - whose Silver award relates to action undertaken across all its departments. The judging panel was also pleased to see that undergraduate students had been involved in the preparation of the application made by UCL Chemical Engineering.

UCL overall retains its Bronze Charter for the next three years. The university was commended for its thorough, focused and committed action plan, and for tangible initiatives to embed gender equality, such as the business case for promoting equality, benchmarking against international universities, and the requirement for science, engineering and technology departments to implement at least one initiative to advance women's careers.

Professor Janette Atkinson, Head of UCL Developmental Science, is the UCL Co-ordinator for Athena SWAN. She said: "I am very pleased that UCL has been awarded not only the renewed UCL Bronze Charter but that also that the Division of Psychology and Language Sciences, Department of Civil, Environmental and Geomantic Engineering, Department of Chemical Engineering and the MRC LMCB, have all been awarded Silver SWAN Charters. My thanks go to the many individuals and teams across these departments and in HR who worked extremely hard to achieve these awards.

"This demonstrates that UCL has been judged by a national body to have a strong positive record and policy, encouraging the careers of women in science, engineering and technology disciplines across all levels from undergraduates to professors. We must recognise that in part, this is credit for our objectives and aspirations for the future. We all need to focus on sustaining our progress, recognising that we must make every effort to establish a culture of equality and diversity across the whole of UCL.

"I hope to lead UCL's efforts in raising the institution's award from Bronze level to Silver in the near future, and will be encouraging other UCL science, technology, engineering and mathematics departments and institutes to consider their own gender equality strategies and make submissions for their own Silver awards.  Of course these efforts should not exclude departments in faculties beyond these disciplines meeting the challenges of gender equality and aiming for UCL to maintain a leading position in higher education in its culture of equality and diversity."

The Athena SWAN Charter was established in 2005, underpinned by the following beliefs:

The 2009 awards will be presented at a celebratory lunch at Birmingham Botanical Gardens on 29 September, where the keynote speaker will be Dame Janet Finch, Vice-Chancellor at Keele University.

To find out more about the awards or the UCL departments which won them, follow the links at the top of this article.

Image: UCL has received four Silver awards, whose logo is illustrated here, from the Athena SWAN Charter for Women in Science

Full information on UCL's equalities schemes and initiatives can be found on the Human Resources Equalities website.