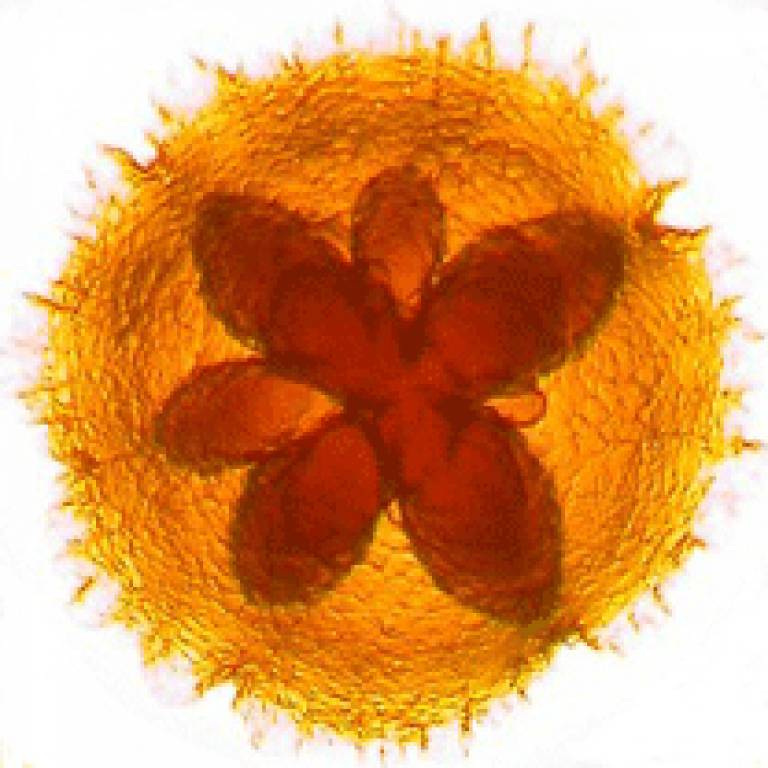 New research from the UCL Eastman Dental Institute and UCL Chemistry, presented at the spring conference of the Society for General Microbiology (SGM), has provided a potential drug for MRSA treatment and a new antibacterial coating which will help fight hospital-acquired infections.

Research led by Dr Sean Nair and Professor Michael Wilson, and conducted by research technician Linda Dekker from the UCL Eastman Dental Institute has resulted in the development of a light-activated drug that could be used in the treatment of infections caused by the hospital bug MRSA.

Researchers attached an antimicrobial drug, which is activated by light, to a peptide (a protein fragment) that binds onto a molecule on the surface of the superbug bacteria. Such light-activated antimicrobial agents produce free radicals and an unstable form of oxygen when they are exposed to light at the right wavelength. The release of these free radicals damages and ultimately kills bacteria.

To improve the effectiveness of treatment and avoid damage to human cells, the drug was targeted to MRSA by attaching it to a peptide that binds to a molecular receptor on the bacterium's surface.

99.97% of 10 million MRSA cells were killed using this new combination, which was 1,000 times more effective at killing MRSA compared to the commercially available SnCe6 when the same quantity is used.

Dr Sean Nair commented: "The new drug also has the potential to prevent bacteria from producing tissue-damaging toxins and given its mechanism of killing, it is also very unlikely that bacteria can develop resistance to this treatment."

Linda Dekker said: "The results from laboratory studies are very encouraging and indicate that this technique might be effective at treating topical infections such as wound and burn infections.

"This work will require in vivo trials (outside the laboratory) before it can be used. Due to the growing resistance of many organisms to antibiotics, this approach may be the only one available for use against microbes resistant to all known antibiotics."

In addition, Professor Ivan Parkin and Dr Charles Dunnill of UCL Chemistry, and Professor Michael Wilson, Dr Jonathan Pratten and Zoie  Aiken from the UCL Eastman Dental Institute have  developed a hard coating with antibacterial properties that has been shown to kill 99.9% of 10 million Escherichia coli (E.coli) bacteria when a white hospital light was shone on its surface.

The veneer-like surface is made of titanium dioxide with added nitrogen. When it is activated by white light, similar to those used in hospital wards and operating theatres, it produces a decrease in the number of bacteria surviving on the test surface.

The hospital environment acts as a reservoir for the microbes responsible for healthcare-associated infections (HCAI) and new ways of preventing the spread of these pathogens to patients are needed. Antibacterial coatings could be applied to frequently touched hospital surfaces to kill any bacteria present and help reduce the number of HCAI.

Titanium dioxide based coatings are known to kill bacteria after activation with UV light. The addition of nitrogen to these coatings enables photons (the basic unit of light) available in visible light to be utilised to activate the surface and kill bacteria.

Zoie Aiken commented: "The activity of the coating will be assessed against a range of different bacteria such as MRSA and other organisms which are known to cause infections in hospitals. At present we only know that the coating is active against E. coli. However, E. coli is more difficult to kill than bacteria from the Staphylococcus group which includes MRSA, so the results to date are encouraging.

"The coating has currently been applied onto glass using a method called APCVD (atmospheric pressure chemical vapour deposition). We are also experimenting with different materials such as plastic. As an example, the coating could be applied to a plastic sheet that could be used to cover a computer keyboard on a hospital ward. The lights in the ward will keep the coating activated, which will in turn continue to kill any bacteria that may be transferred onto the keyboard from the hands of healthcare workers."

The UCL Eastman Dental Institute, the largest postgraduate dental academic centre in Europe, is currently involved in the education and training of some 13,000 dentists and dental care professionals. It was the first dental school to receive the Queens Anniversary Prize for Higher and Further Education.

The internationally-renowned faculty undertake cutting-edge clinical and translational research on biomaterials and tissue engineering, and on microbial diseases, as well as providing specialist clinical care.