Postgraduate students from UCL Economics reached the final of the tenth annual Econometric Game organised by the University of Amsterdam. 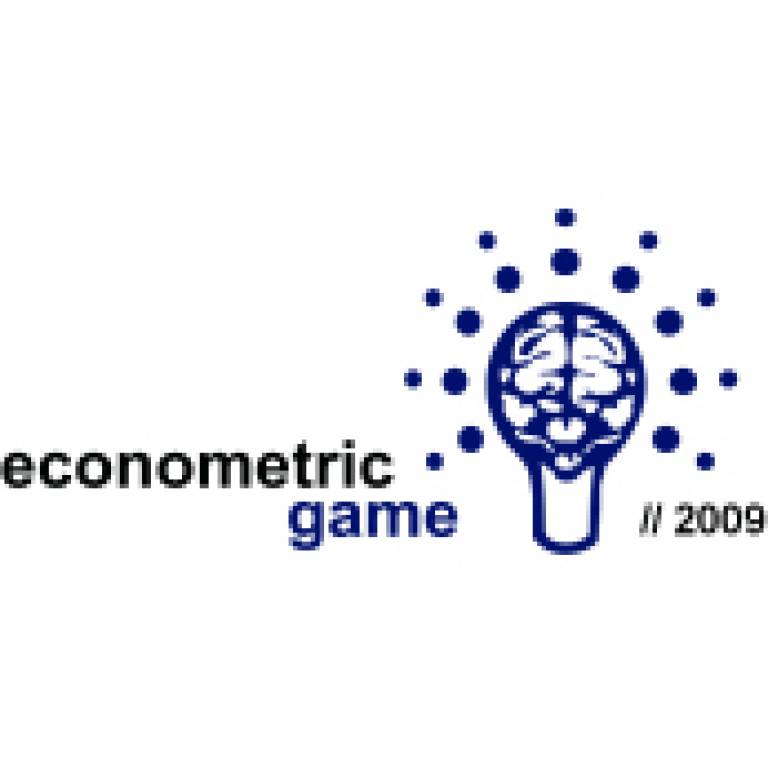 Econometrics is concerned with the tasks of developing and applying quantitative or statistical methods to the study of and elucidation of economic principles. Over three days, the team had to analyse empirical data on a particular problem and report their results in two reports.

Dan Rogger, a PhD student in Economics, commented: "This year, the cases posed the problem of child mortality. The first asked whether the number of children who die influence the number a mother has and the second investigated the determinants of child survival. We then prepared two case reports."

The competition first started in 1999 for Dutch universities but quickly expanded and now hosts teams from all over the world. A rotating group of senior scholars is involved each year in designing the particular case that has to be analysed.

Dan added: "I think it was a really enjoyable experience for us all. Having to face such a sharp deadline was tense, and I haven't had to learn that intensively for a long time.  It pushed us to face up to what we knew about econometrics, and what we didn't know.  The organisers also put on a great event and treated us really well."

UCL's entry to the competition was made possible by a grant from the UCL Graduate School.