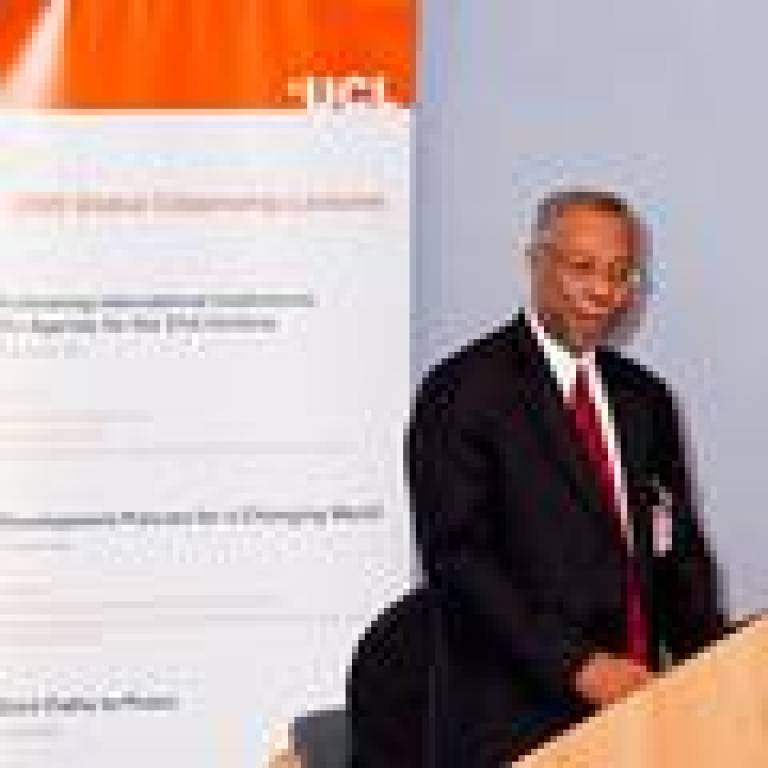 Around 180 guests, including policymakers, High Commissioners, journalists and UCL staff and students, attended the lecture 'Development Policies for a Changing World' given by Ransford Smith, Deputy Secretary General of the Commonwealth, at UCL on 31 March.

The event was part of UCL's Global citizenship lecture series. It was chaired by Simon Robinson, senior editor at TIME magazine, who noted the appropriateness of the theme of the lecture, which coincided with the week of the G20 summit and its discussions about the global economy. 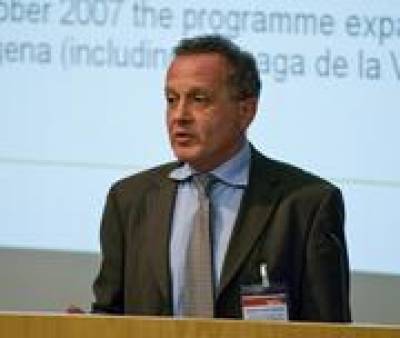 Ransford Smith, Deputy Secretary General of the Commonwealth, gave a wide-ranging lecture. He started with a brief overview of the history of development policy, before moving on to look at the implications of globalisation, climate change and the current financial crisis for the future of development in small, vulnerable economies and less developed countries.

Mr Smith noted the Commonwealth's prediction that the global financial crisis would lead to negative growth in these countries of at least three percent, with the true burden of the crisis falling on those with the least flexibility to cope. He argued that one element of a coherent solution would be for the West to channel resources to these countries, with the resulting exports stimulating western economies in turn.

Mr Smith concluded his lecture by arguing for: 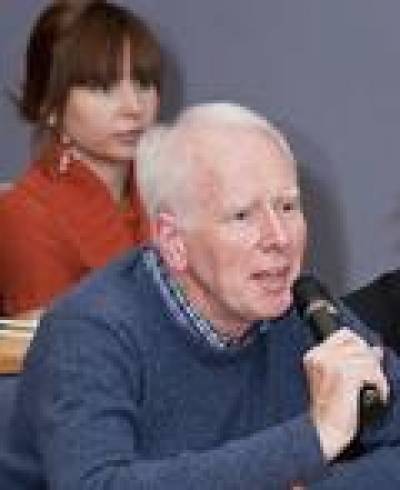 The second speaker, Professor Orazio Attanasio (UCL Economics and the Institute for Fiscal Studies' Centre for the Evaluation of Development Policies), gave a specific example of an innovative development policy in action. He gave an overview of his research into the benefits of 'conditional cash transfers' in Columbia: a scheme whereby members of the community are rewarded with cash incentives for actions which are beneficial for the development of the community, such as attendance at community meetings or ensuring children are vaccinated.

Professor Attanasio's research, based on the results of trust games carried out with communities in El Pozon and Cienaga de la Virgen in Bolivar, Columbia, indicated that such schemes appear to encourage a huge increase in 'social capital' or the establishment of trust, social connections and a genuine community in those areas in which they operate. He emphasised the importance of ensuring that the design of effective development policies is informed by comprehensive research and independent evaluation. Follow the link at the top of this article for more information about Professor Attanasio's research on this topic.

Professor Amartya Sen, winner of the Nobel Memorial Prize in Economic Sciences, will deliver the next UCL Global Citizenship lecture on 'Civil Paths to Peace' on 2 June 2009. 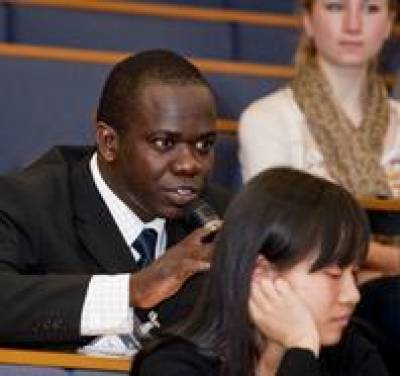 UCL seeks to provide an education for 'global citizenship': preparing our students for the intellectual, social and personal challenges they will encounter during their time in London - one of the most cosmopolitan cities in the world - and throughout their lives as members of a global community.