A team from the UCL Bartlett School of Architecture has won first prize in the Hakka Cultural Park Competition in the city of Heyuan, Guangdong Province in China.

Professor Christine Hawley (Dean of the Faculty of the Built Environment), Andrew Porter, Abigail Ashton, and Bartlett graduate Moyang Yang beat off competition from Chinese and Australian practices to win first place with a design that includes plans for a museum of Hakka Culture, a city library, an exhibition hall as well as 1.3km strip of landscaped park.

The Hakka are Han Chinese people whose ancestors are said to have originated in the Henan and Shanxi provinces of northern China over 1,700 years ago. In a series of migrations, the Hakka settled in Guangdong, Jiangxi and Fujian provinces in southern China.

The Bartlett proposal makes reference to the primary forms of Hakka housing, which are predominantly circular with central courtyards. They have a defensive perimeter wall with a single small entrance door.

The design comprises a series of rectangular frames which foreground the features of the landscape and mark the locations of the museum, the library, the exhibition hall, the sculpture park and belvedere. These five frames represent the five key waves of migration of Hakka people within China. The belvedere, a turret built for the purposes of viewing the surrounding scene, is located on a peak that offers a lookout over the city centre. 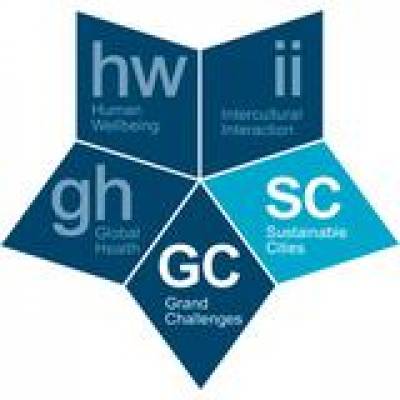 The park is populated with a series of circular forms which will contain dials pointing to the 15 major centres of Hakka people throughout the world.

The museum is a subterranean repository for Hakka artefacts and an exhibit on Hakka culture. It has a glass roof which will form part of the terraced parkland. The exhibition hall will be a space for civic events and will permanently house a large scale model of Heyuan outlining the city's expansion. The library will house the collections of Heyuan and will serve the expanding city.

Andrew Porter commented: "The next stage is to work up the scheme to get funding approval by the Chinese government. This will be done in the next two months; the government intends to fast-track this development so it is completed by the end of 2010 to coincide with the planned Heyuan Festival of Hakka culture."

Professor Christine Hawley, Dean of the Faculty of the Built Environment, comments on the excellent result of the Research Assessment Exercise (RAE) 2008.
"We are delighted that the Bartlett has consolidated its reputation with an outstanding result in the RAE.  Architecture and the Built Environment have scored the highest percentage of 4+5 rated outputs making it a clear winner in the gold and silver tables.  The result overturns the result of the 2001 RAE demonstrating that not only is Architecture and the Built Environment at the top of the league tables but the Faculty has also produced an outstanding result with real economic efficiency."