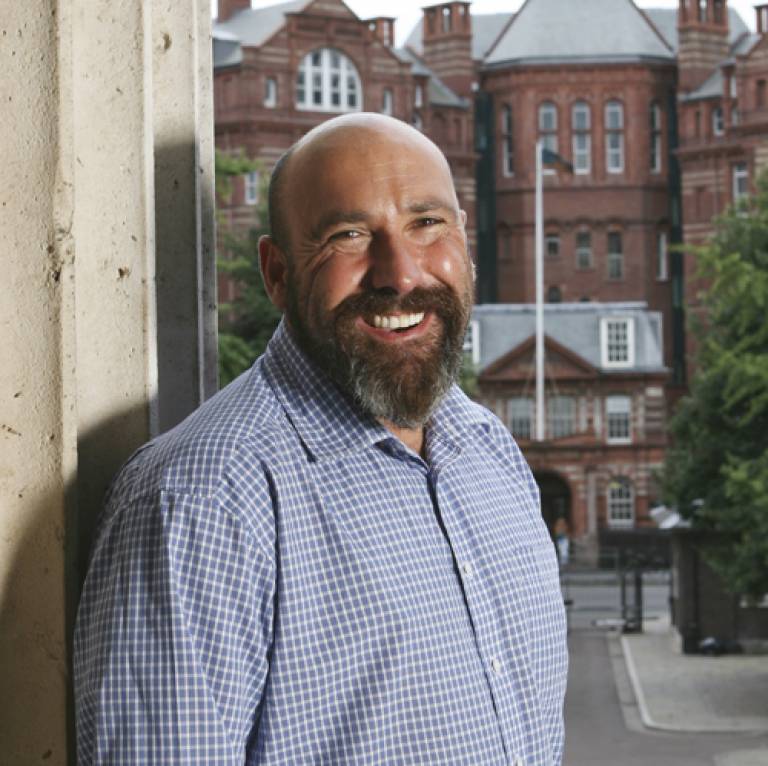 
A UCL celebration of the life and work of Craig Patterson was held on 15 October 2008, at which the Craig Patterson Tribute Fund was launched to facilitate student engagement with the Grand Challenges.

Craig, who had been appointed UCL Director of Grand Challenges, died in Australia on 15 September 2008.

UCL President and Provost Professor Malcolm Grant said the UCL event was not for mourning, but for celebration of Craig's life and work, particularly the significant contribution made by him to UCL in the course of little more than a year. He said Craig understood and appreciated UCL immediately, and recognised that by working together - across and beyond disciplinary divides - we could maximise the impact of our talent and expertise. No one who had met Craig had been unaffected by his humour, enthusiasm, intelligence and dynamism.

Professor Ed Byrne, UCL Vice-Provost (Health), who had known Craig in his native Australia, said that Craig's skills, experience and character were a perfect fit for a gap at UCL: bringing "executive firepower" to the new UCL Institute for Global Health. The breadth of intellectual and cultural activity at UCL "resonated with Craig's soul". He was brash, enthusiastic and insightful; that insight convinced Craig that UCL could live up to its potential to improve the world.

Professor David Price, UCL Vice-Provost (Research), described Craig's "amazing impact" as he had moved into directing and planning the roll-out of the UCL Grand Challenges. He had a real appreciation of what we could accomplish, and we owed it to his memory to maintain the energy and momentum that had characterised Craig and that he had inspired in others. Professor Price closed with one of Craig's familiar phrases, often uttered in the face of obstacles: "Do it because it is the right thing to do."

UCL has established the Craig Patterson Tribute Fund, which will be used to support an activity that was close to Craig's heart: facilitating student engagement with the UCL Grand Challenges. That engagement will bear fruit for generations to come.

Give to the Craig Patterson Tribute Fund: