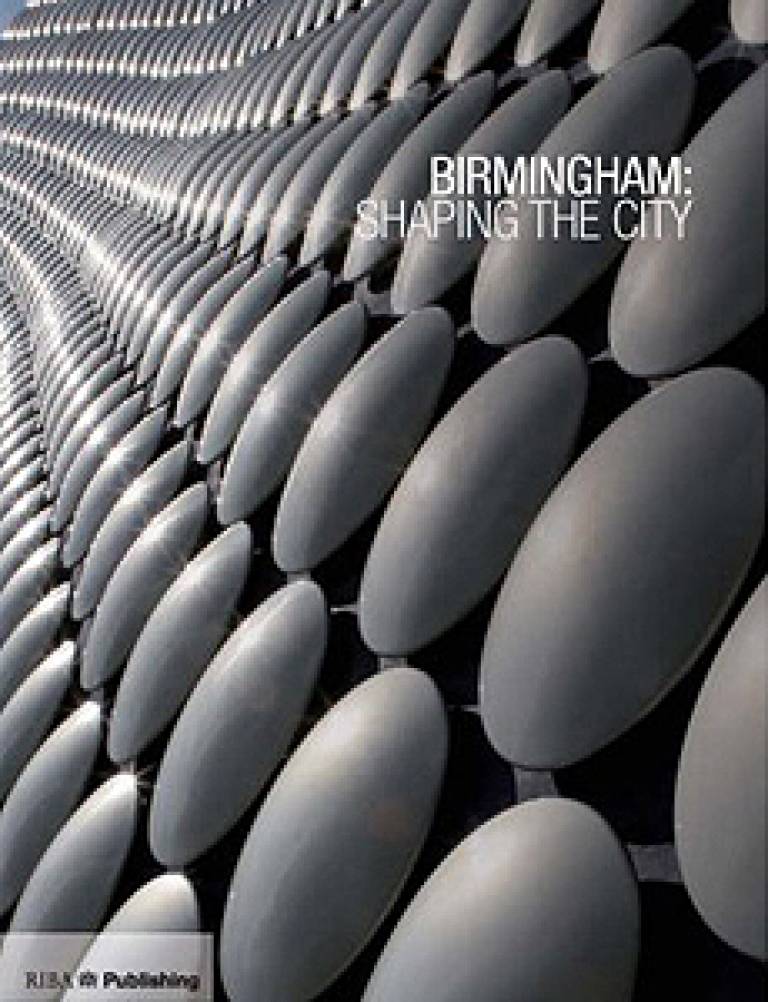 In his debut book 'Birmingham: Shaping The City' UCL Bartlett alumnus (2004) Ben Flatman presents a unique assessment of the redevelopment and regeneration of England's second city.

Lavishly illustrated in full colour, it tells the story of how Joseph Chamberlain's grand Victorian city nearly fell to Hitler's bombs and recovered; only to be all but smothered by the success of its post-war regeneration, before again being dramatically saved.

Birmingham's urban narrative comes alive as Flatman charts the brilliant designs, ambitious plans and, often controversial, characters that hallmark the city's architectural heritage. And with each case study he illustrates the processes involved in the major physical change of the city and assesses their influence on planned future projects.

Supported by stunning photography, the design processes behind projects as diverse as the Selfridges building, the Ikon Gallery and the Bullring are laid bare. 'Birmingham: Shaping The City' is the second book in a series on British cities by publishers RIBA, following on from Manchester in 2004 and Leeds is in the pipeline.

For more information on UCL Bartlett please click on the links above.