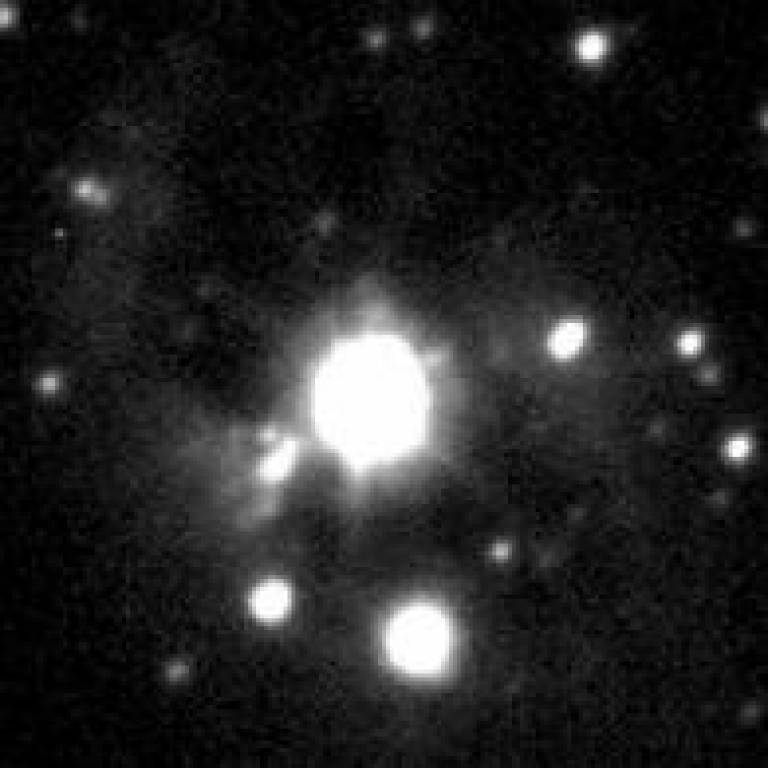 The explosion of a binary star inside a planetary nebula has been captured by a team led by UCL researchers - it is an event which has not been witnessed for more than 100 years. The study, published in Astrophysical Journal Letters, predicts that the combined mass of the two stars in the system may be high enough for the stars eventually to spiral into each other, triggering a much bigger supernova explosion.

Dr Roger Wesson, UCL Physics and Astronomy, has described the event as posing "a major challenge to current theories of how stars evolve", and has called it a possible "Rosetta Stone in understanding some aspects of the lives of stars".

"At the ends of their lives, some stars undergo nova explosions, caused by nuclear reactions on their surface. In August 2007, one such exploding star was discovered in a part of the sky that had serendipitously been observed by us only a few weeks previously. The pre-explosion images showed that this particular star was surrounded by a planetary nebula.

"Although several novae are discovered each year in our Galaxy, this is only the second time that a nova has been seen inside a planetary nebula, the first being over 100 years ago (Nova Persei, in 1901). Now, the light flash from the explosion is passing through and illuminating the surrounding nebula."

The work was carried out in collaboration with astronomers at universities in the UK, Austria, Australia, Finland, the Netherlands, Spain and the US, and the discovery is described in the article 'A Planetary Nebula around Nova V458 Vulpeculae Undergoing Flash Ionization', by Dr Wesson et al., in the 20 November 2008 issue of 'Astrophysical Journal Letters'.

"The star which erupted was a nova, an event caused when matter is transferred from one star in a close binary system onto its companion, eventually triggering a runaway thermonuclear explosion. The nebula surrounding this nova is a planetary nebula, which must have formed during an earlier phase in the binary star's existence, when the outer layers of one of the companions were expelled. The opportunity to watch in detail as the nova flash interacts with the nebula is a first in astronomy.

"The new nova, known as V458 Vulpeculae, provides an important test for models of how stars evolve. The role of novae as potential future supernovae has thus far been difficult to analyse in detail, and so V458 Vul provides an opportunity to learn more about this aspect of stellar evolution.

"The pre-explosion images were taken as part of the Isaac Newton Telescope Photometric HAlpha Survey (IPHAS), the first digital survey of the Milky Way in visible light, and the most comprehensive yet in the light emitted by hydrogen (the most abundant element in the universe). For images of the new nebula, including animations showing how it is changing following the explosion of its central star, please click on the 'Images' link at the top of this page.