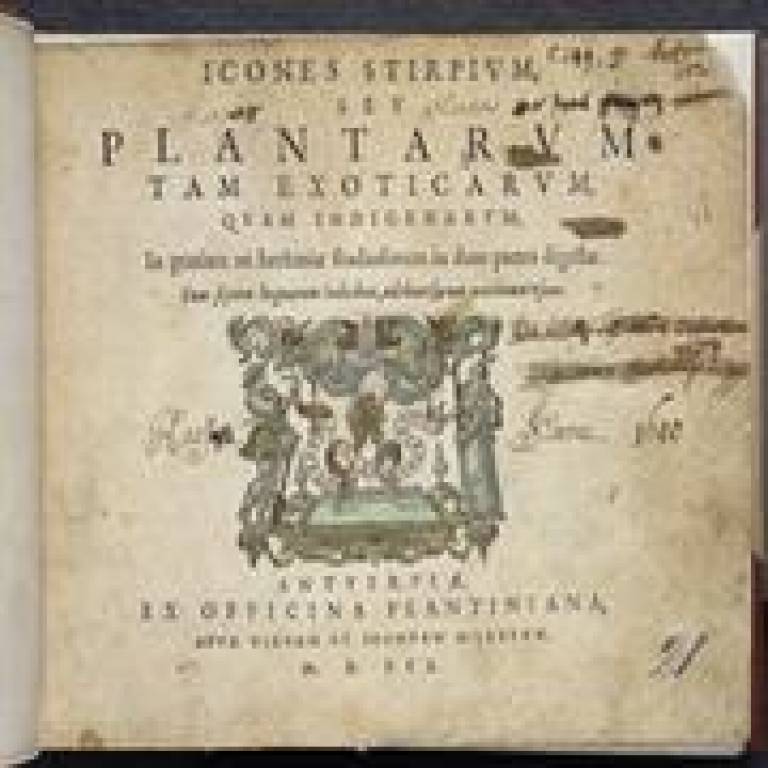 
The Sloane Printed Books Catalogue is now available on the British Library website. It is a joint initiative by the British Library and the Wellcome Trust Centre for the History of Medicine at UCL, and aims to provide a virtual recreation of the printed book collections formerly owned by Sir Hans Sloane (1660-1753) - the renowned physician, scientist, President of the Royal Society and collector - which will provide invaluable material for research both into the man himself and into 18th century intellectual circles.

Professor Hal Cook, Director of the Wellcome Trust Centre for the History of Medicine at UCL, said: "Sir Hans Sloane was an avid collector of books throughout his lifetime, as we might expect from one of the foremost intellectual figures in eighteenth century London. The prospect of reuniting his entire library as a virtual collection is tremendously exciting, and offers researchers around the world the chance to make much more use of this unique historical resource." Around 15,000 of the 40,000 printed books in the collection are already listed in the new catalogue. In April 2008 a two-year project was launched, funded by a Wellcome Trust grant under its Research Resources in Medical History scheme, which will build on this work to identify Sloane's books both in the British Library and elsewhere, continually expanding the catalogue over the lifetime of the project.

The catalogue will offer the opportunity to see Sloane's library as a whole for the first time in over 250 years, and illustrate Sloane's place in the scientific and intellectual networks at a critical time in the development of modern science. Sloane's collection was one of the largest libraries in Europe of its time and is particularly significant for its holdings of medical and scientific material, although it also contains items as disparate as a copy of Chaucer's 'Canterbury Tales' printed by Caxton in 1485 and a 'Jamaica Almanack' from 1673. Among the other material found in the library are lists of medicines and remedies, Sloane's own catalogue of books owned, and even pressed plants and a laundry list.

Alison Walker, Lead Researcher of The Sloane Printed Books Project, commented:  "The Sloane Printed Books Catalogue is an important new resource which opens up the library of a great collector. We can learn much about Sir Hans Sloane, his career, and the intellectual and scientific circles in which he lived by looking at what material he acquired and how it was used. This new catalogue aims to reconstruct Sloane's library to shed new light on scientific and intellectual networks at a critical time in the development of modern science."

The Sloane Printed Books project team will report on developments and events, and welcomes comment and correspondence about all aspects of the catalogue and studies based on it. For further information on the project, please click on the link at the top of the page.