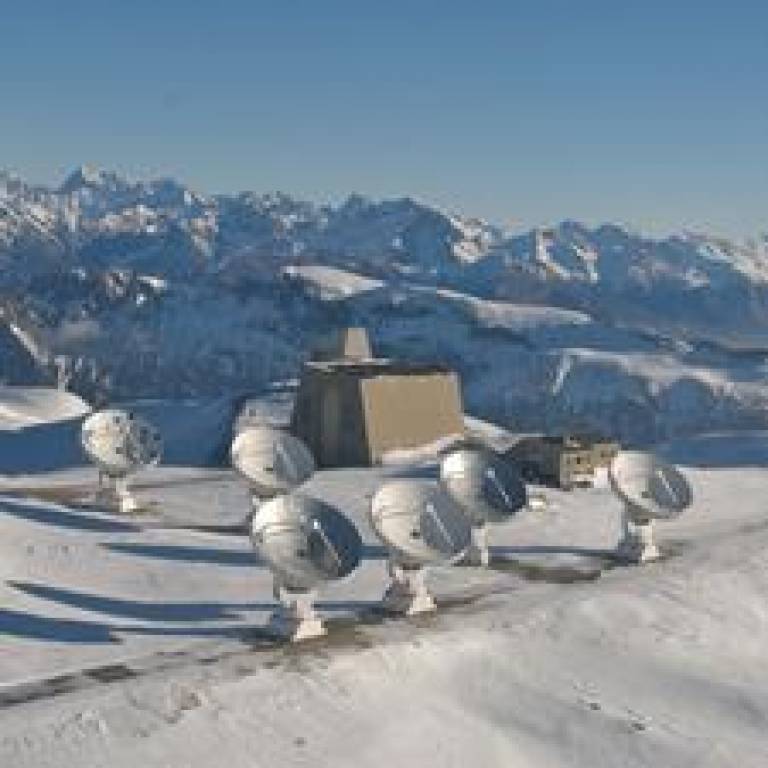 Scientists have detected an organic sugar molecule which is directly linked to the origin of life in a region of our galaxy where habitable planets could exist. The discovery, partly funded by the UK's Science and Technology Facilities Council (STFC), is published on the Astrophysical Journal's website today.

The international team of researchers - which included Dr Serena Viti (UCL Physics & Astronomy), as well as scientists from France, Italy and Spain - detected the molecule using the Institut de RadioAstronomie Millimétrique (IRAM) radio telescope in France, with which the team was observing a massive star-forming region of space some 26,000 light years from Earth with high-angular resolution and at different wavelengths.

Dr Serena Viti, one of the paper's authors, said: "This is an important discovery, as it is the first time glycolaldehyde, a basic sugar, has been detected near a star-forming region where planets that could potentially harbour life may exist."

Glycolaldehyde, the simplest of the monosaccharide sugars, can react with the substance propenal to form ribose, a central constituent of Ribonucleic acid (RNA), thought to be the central molecule in the origin of life. It has previously only been detected near the centre of our galaxy, where conditions are extreme compared to the rest of the galaxy; but its discovery in an area far from the galactic centre (known as 'G31.41+0.31') suggests that the production of this key ingredient for life could be common throughout the galaxy. This is good news in our search for alien life, because a wide spread of the molecule improves the chances of its existing alongside other molecules vital to life, and in regions where Earth-like planets may exist.

Professor Keith Mason, Chief Executive of the STFC, said that "the discovery of an organic sugar molecule in a star-forming region of space is very exciting and will provide incredibly useful information in our search for alien life. Research like this, combined with the vast array of other astronomical projects involving UK researchers, is continually expanding our knowledge of the Universe and keeping the UK at the forefront of astronomy."