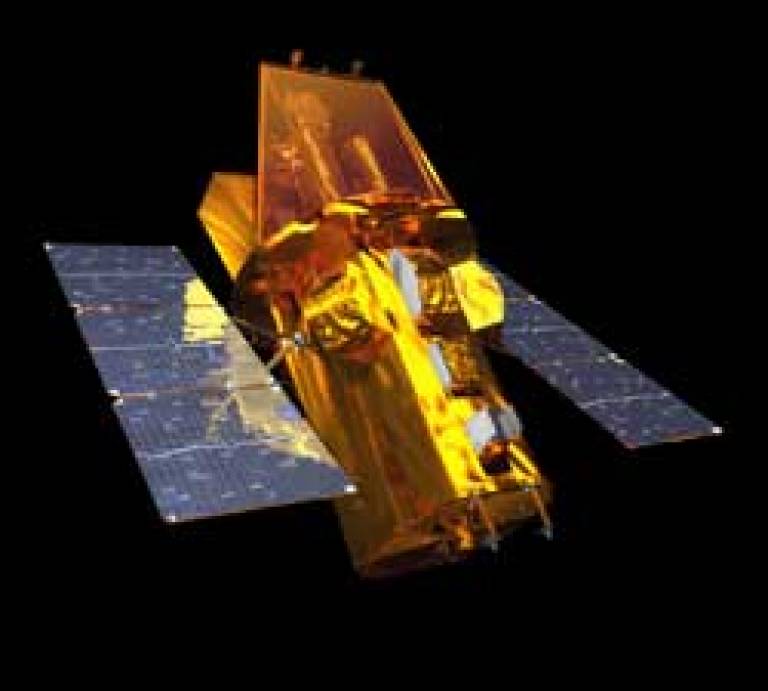 Astronomers from the UCL Mullard Space Science Laboratory (MSSL) are part of an international team that observed the first moments of a supernova explosion as it happened using the Swift satellite observatory.

Presented in the journal 'Nature', this extraordinarily fortunate chance to witness the onset of the event led to multiple observations with other telescopes and allowed the totality of a supernova explosion to be observed for the first time.

A typical supernova occurs when the core of a massive star runs out of nuclear fuel and collapses under its own gravity to form an ultra-dense object known as a neutron star. The newborn neutron star compresses and then rebounds, triggering a shock wave that ploughs through the star's gaseous outer layers and blows the star to smithereens. Theoretical models have long predicted that this shock 'break-out' will produce bright X-ray emissions lasting a few minutes but until now the X-ray signal has never been detected.

Until this discovery, astronomers have only found supernovae days or weeks later, when the expanding shell of debris is energized by the decay of radioactive elements forged in the explosion. Dr Patricia Schady (MSSL) said: "Within two hours of the burst of X-rays we could see the expanding ultraviolet fireball with Swift. Telescopes in space and around the world were alerted well in time to see the radioactive debris as it brightened over the next few days."

The discovery of the first shock breakout can be attributed to luck and Swift's unique design, which includes the Ultraviolet-Optical Telescope built by a team at MSSL. In January 2008, Swift was observing another supernova in the spiral galaxy NGC 2770, located 90 million light-years from Earth in the constellation Lynx. During this observation an extremely bright 5-minute X-ray outburst occurred in another part of the galaxy, which was recognised as the first moments of a supernova.

Although astronomers were lucky that Swift was observing NGC 2770 just at the moment when the shock wave was blowing up the star, Dr Mat Page (MSSL) said: "Swift is well equipped to study such an event because of its multiple instruments observing in gamma rays, X-rays, and ultraviolet light."