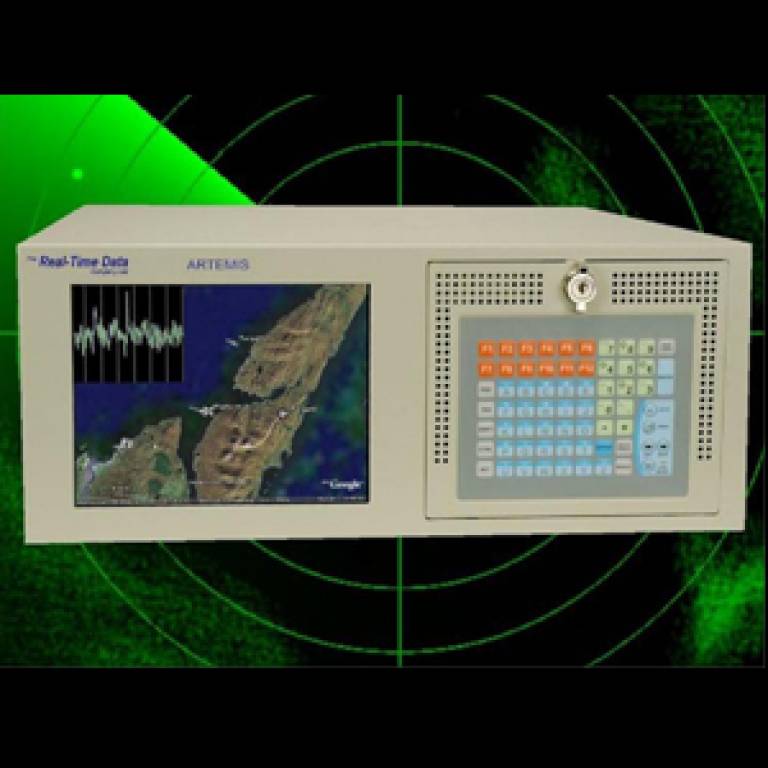 Three years ago Mr Murray's company, The Real Time Data Company, wanted to act on a new initiative by the Ministry of Defence, aimed at implementing a healthy supply chain by encouraging small specialist companies and academia to develop innovative products, as well as the mainstream defence suppliers such as Selex, Thales and BAE Systems.

Mr Murray explained: "Our company had been producing technology for sensor systems testing for many years. We approached UCL about the best way to collaborate, and it was agreed that I embark on a doctorate programme. "

The subsequent research project, entitled 'Real-Time Stimulation for Exercising Sensor Fusion Systems' has resulted in an off-the-shelf product that can test radar systems for defence manufacturers.

Military craft including ships, submarines and aircraft all carry sensor equipment onboard, and ever-complex systems are used which have to be thoroughly tested before they are implemented in actual service.

"The systems used are getting more and more complex and testing is an issue," said Mr Murray. "In real circumstances, you can't control the environment, so the majority of testing is done in a synthetic environment, where signals are simulated in a lab. Up until now, sensor equipment manufacturers had to develop their own testing systems at great expense and manpower. Our system is generic, so it can be used for many projects, reducing training time as well as freeing up finances and design engineers to concentrate on developing systems instead of test equipment."

The equipment has already been supplied to a major defence contractor that is using it to extend the testing of airborne radar in ways that were not previously possible. The equipment will be used to exercise target-tracking algorithms, giving full control of the way targets move, and immediate feedback about the accuracy of the algorithms. This means that the Engineering Team can have the targets perform manoeuvres that would be unsafe in peacetime, such as close-formation, high-speed flying that can create uncertainty about the number of targets present, so stress tracking algorithms to their full extent.

Subsequently, Mr Murray's company has established a Knowledge Transfer Partnership with UCL, working  on site with a recent physics graduate who is employed by the UCL Mullard Space Science Laboratory. Mr Murray now intends to extend the technology to testing other systems such as sonar and infrared.