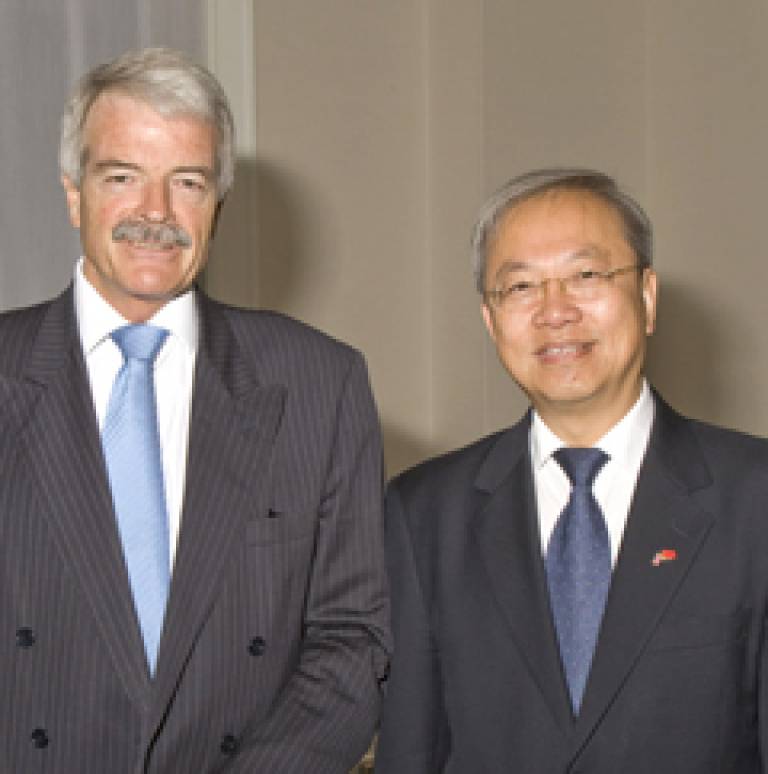 Mr Tian is no stranger to the world of higher education and research, having been part of the education section of the Chinese Embassy in Canada, before moving to Paris to work for UNESCO. He has been in London only since the end of March 2008.

A busy schedule of meetings had been arranged to introduce Mr Tian to the breadth and depth of UCL's engagement with China.

The visit began with a meeting with UCL President and Provost Professor Malcolm Grant, after which Professor Yip was able to brief the Minister on the quite staggering range of research links that UCL has with China, across all faculties. After this, at Mr Tian's request, he was given a series of presentations designed to show how UCL supports and promotes the interests of its Chinese students: discussing the process of recruitment with Ms Julie Rolls, UCL International Liaison & Recruitment Manager; the process of academic language development with Dr Christine Hoffmann, Director of the UCL Language Centre; career prospects and possibilities with Ms Karen Barnard, Director of the UCL Careers Service; and opportunities for alumni networking with Ms Sinead Devlin, UCL Alumni & Parents Relations Manager. 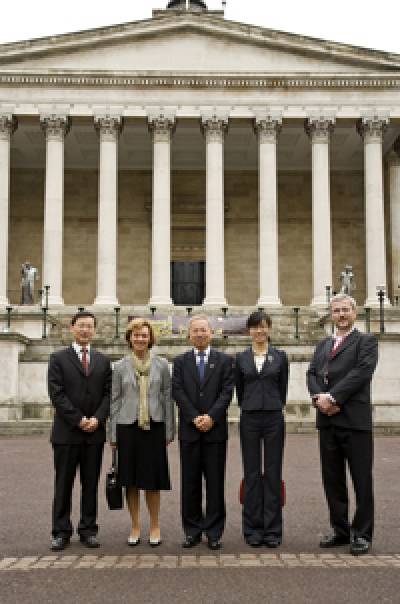 The visit ended with a meeting with Professor Michael Worton, UCL Vice-Provost (Academic & International), which was an opportunity for Mr Tian to learn firsthand about the implementation of UCL's International Strategy, the steady evolution of Global Citizenship as a theme eventually to be found within all UCL courses, and the university's ever-increasing portfolio of global initiatives.