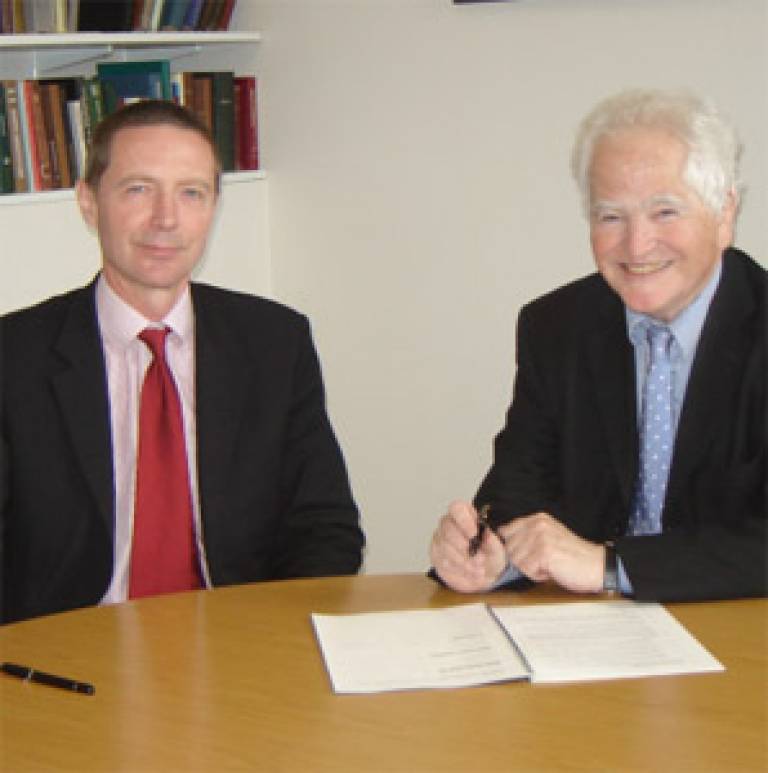 UCL and the British Association for Central & Eastern Europe (BACEE) are delighted to announce the creation at the UCL School of Slavonic & East European Studies of an annual high-profile lecture on a broad European theme.

The lecture will enable the continuing promotion of the aims of BACEE, whose work over 40 years has now formally been brought to a close, and it will be supported by a transfer of the Association's remaining reserves.

In the parliamentary debate on 30 January, the FCO Parliamentary Under-Secretary, Meg Munn, pointed out that the Foreign Secretary had written to Lord Radice, Chairman of BACEE, to acknowledge "the invaluable contribution it has made to a closer understanding between Britain and central and eastern Europe"; the minister also described the agreement to perpetuate BACEE's name through an annual lecture at UCL SSEES as "not only a fitting tribute to the organisation's past, but also a useful way in which it can continue to affect the future of central and eastern Europe" (for a full account of the debate see Hansard 30 January 2008).

In signing the agreement, Dr Robin Aizlewood, Director of UCL SSEES, welcomed the annual lecture as a continuation not only of BACEE's work but also of the close ties between UCL SSEES and BACEE over the years. He said that he looked forward to establishing the lecture as a landmark event at the interface between the academic and policy communities.

Lord Radice said that he was delighted that the name and spirit of BACEE was to be preserved through the new annual lecture under the auspices of UCL SSEES, with whom there has been a longstanding and supportive relationship.

To read more about UCL SSEES, use the link at the top of the article.