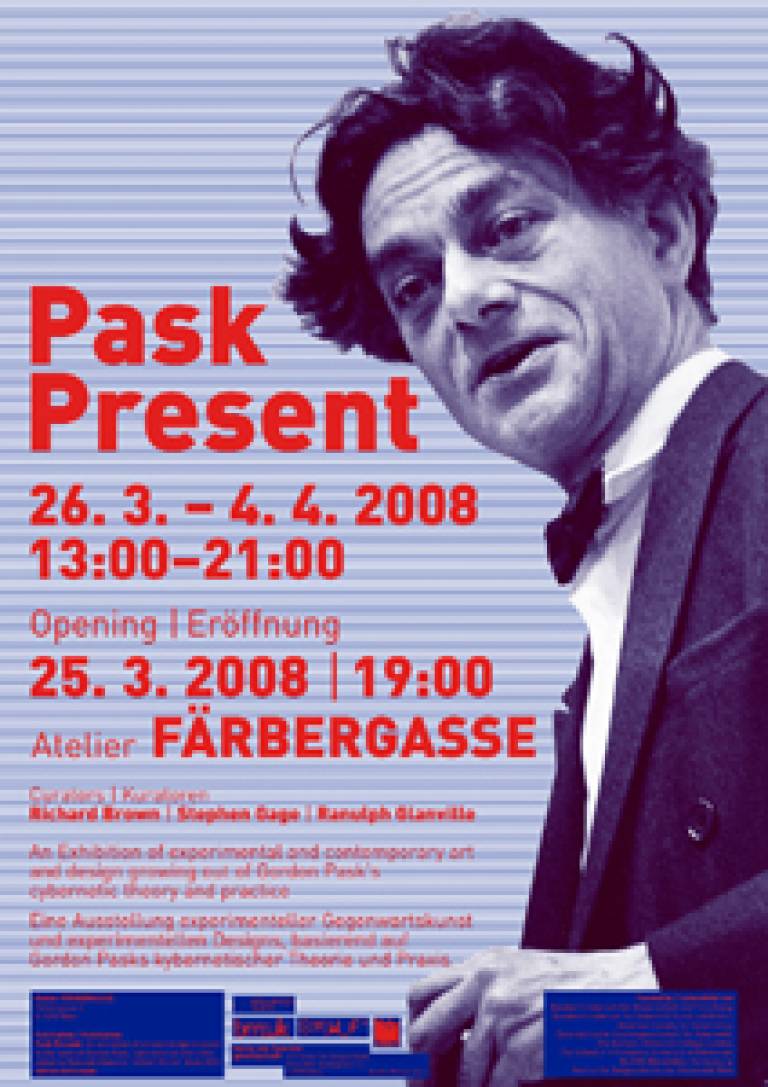 An exhibition inspired by the work of the scientist and forefather of cybernetics, Gordon Pask, has been co-curated by Professor Stephen Gage (UCL Bartlett), Professor Ranulph Glanville (UCL Bartlett) and Richard Brown, research artist in residence at the University of Edinburgh's School of Informatics. 'Pask Present' will go on display at Atelier Färbergasse in Vienna from 26 March.

Gordon Pask (1928-1996) was a British scientist and artist, whose work was key to the development of cybernetics - the study of systems of communication, control mechanisms and feedback. His work spanned academia, the arts and industry and encompassed poetry, plays, interactive sculptures and teaching machines.

Focusing on the influence of Gordon Pask today, work in the exhibition ranges from the practical to the bizarre and includes pieces by established artists, architects, designers, academics and students. Taking its inspiration from many aspects of Pask's work, including his interest in analogue computing and his experiments with electrochemistry, the exhibits include dancing robots, singing sculptures and metal tentacles.

Many of the exhibits appear to have a mind of their own, such as the dancing robots which interpret viewers' expressions to decide on the most amusing routine, or the 'singing' sculptures which change the noises they produce depending on other sounds in the area around.

The 'Pask Present' exhibition follows the 'Maverick Machines' show held at the University of Edinburgh last year, which was the first exhibition of artwork inspired by Gordon Pask. It will be held at Atelier Färbergasse, Färbergasse 6, A-1010 Vienna, from 26 March to 4 April, open daily from 13:00 to 21:00. The opening ceremony takes place on 25th March. To find out more about the exhibition use the link at the top of this article.