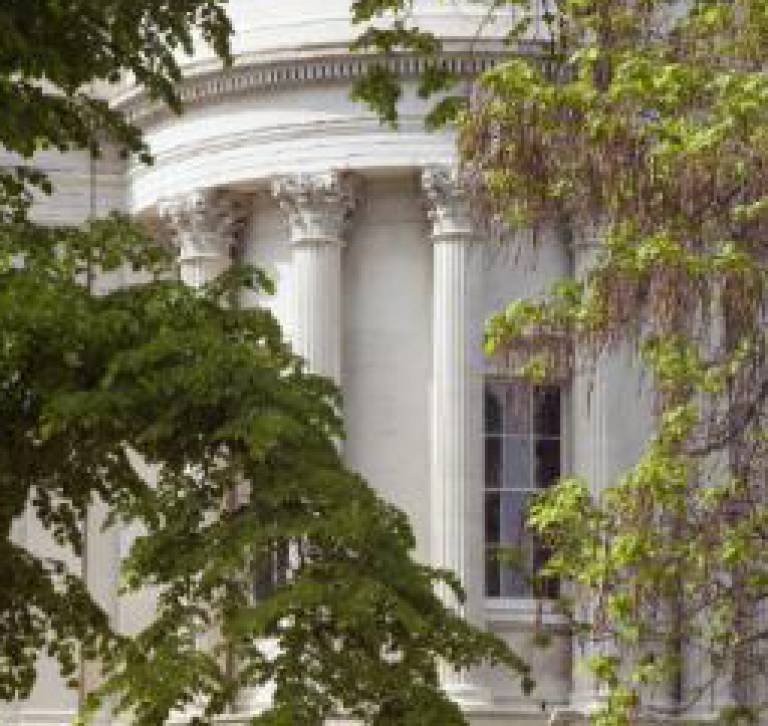 He joined the College as Senior Assistant Registrar in 1965, was appointed Deputy Registrar in 1967 and succeeded Mr Cahill as Registrar in 1979. In August 1991 Jeremy suffered a severe stroke which left him partially paralysed and without the power of speech. It was a sudden, cruel and devastating blow, and his working life was brought to an abrupt end.

Jeremy was a UCL man through and through with a strong sense of the College's history, traditions and ethos. He loved the College and he participated fully in its life and activities, both academic and non-academic. He was secretary of the Friends' Trust for many years; he was a scholar of the Crabtree Foundation; he was a member of the College AUT committee; he was active in the Schools and Colleges Dining Club which brought together heads of London schools and University of London staff involved in recruitment; he was a regular attender at the termly dinners of the University of London's Registrars' Staffs Dining Club; he was one of the 'Radical Registrars', the slightly ironic name which he invented for of the meeting of the Registrars of the large colleges of the University of London.

In Jeremy's time the College was a smaller institution and he seemed to know everyone and everyone knew him. UCL had the reputation of being a friendly place and Jeremy epitomised that friendliness. He knew all his staff by their first names; he always had time for people; and above all he cared about students and was always sympathetic to their needs and interests.

He was Registrar during the period of the 1980s when the first major restructuring of the federal University of London proceeded including merger into UCL of the Middlesex Hospital Medical School and three postgraduate medical institutes and the Institute of Archaeology, the transfer of departments and staff from other Colleges and the consequent substantial increases in student numbers and harmonisation of degree programmes. Through change and upheaval he remained largely unflappable: he saw the Registry through student sit-ins in the 1970s and, when there was a shot-gun armed raid on the Cashiers next to his office one pay-day in the 1980s, he calmly continued discussions with an American visitor.

He was a widely knowledgeable and intellectual man: he wrote a history of education in the UK; he spoke French and Italian; he loved and played show music; he was a witty speaker; and his doggerel and not-so doggerel verse about College life and people was renowned.

He was genuinely loved in the College and his stroke in 1991 took away the most congenial of colleagues. In the following years a number of his colleagues and friends visited him for a tea-party each summer at the invitation of his wife Kathie, and despite his handicaps he remained the smiling, friendly person he had always been. Kathie was a tower of strength and support for him and gave him life and activity beyond what anyone could have expected.

In May Jeremy contracted an infection and was too weak to resist it. Those of us who knew and worked with him will remember him with great affection as the most humane of men.