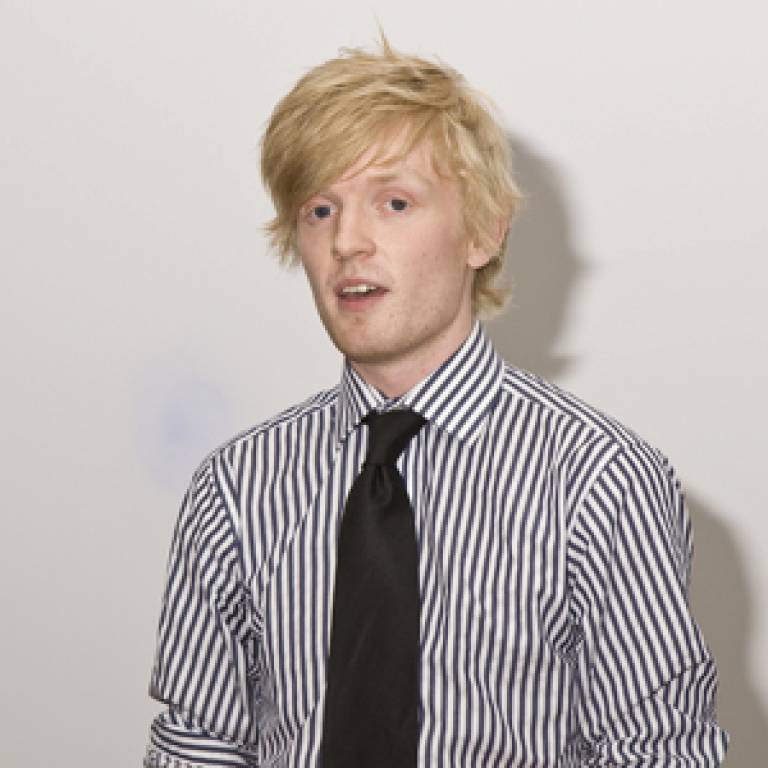 Donors to UCL were thanked at an event on 5 June 2008, at which UCL President and Provost Professor Malcolm Grant announced that gifts, pledges and other commitments to the Campaign for UCL have now surpassed the £100 million mark.

At the second annual UCL Donor Reception, more than 150 donors and guests heard Professor Chris Boshoff, Director of the UCL Cancer Institute, lecture on 'Cancer Treatment for the 21st Century'.

Guests heard from a second-year student of European Social & Political Studies and Italian, David Law, who is a student caller for UCL Futures, which raises funds from alumni, staff and friends.

Professor Grant told the guests: "We set ourselves a hugely ambitious target in the Campaign for UCL, and I'm delighted to announce that we've now exceeded £100 million, thanks to your generosity and support as donors, through legacies and as ambassadors in proclaiming the wonderful strengths of UCL."

Art Wasserman, UCL Vice-President and Director of Development & Corporate Communications, said: "The Campaign for UCL is a sustained, long-term effort to support key institutional objectives. The £100 million mark is an important milestone, indicating the depth of confidence that alumni, parents, staff, friends and others have - both in the UCL they know and, more importantly, the UCL we can become. Their backing is an affirmation of our vision for UCL's future."

To find out more about the Campaign for UCL or UCL Futures, use the links at the top of this article.