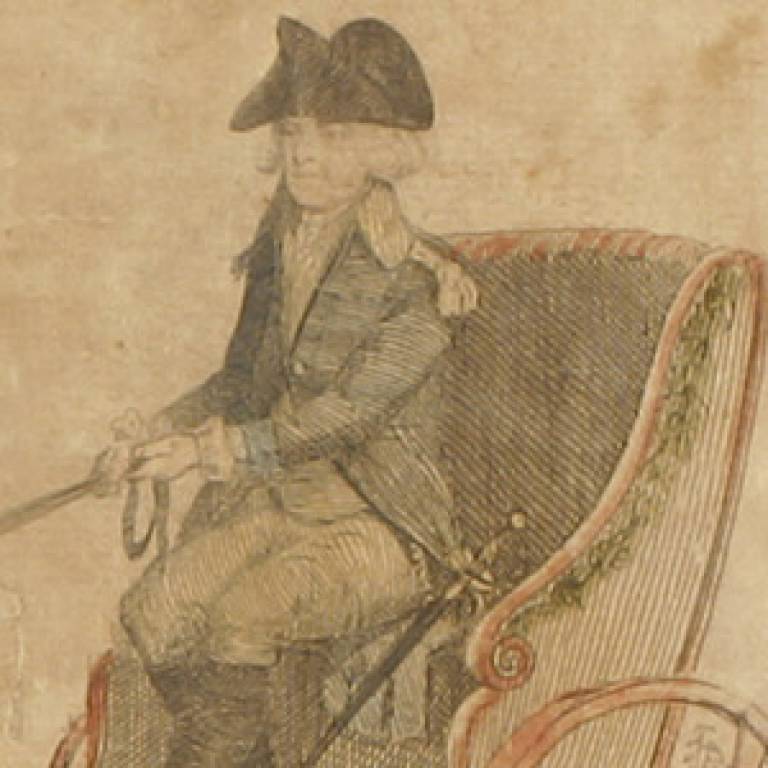 Allison Stagg, a PhD student at UCL History of Art, has won a research fellowship from the Gilder Lehrman Institute of American History to study a collection of rare prints at the New York Public Library.

Her research, on political caricature in America from 1780 to 1830, charts a pivotal time in American history, when the nation was still newly formed. She said: "I am interested in exploring how people saw themselves in the early days of the United States, when the whole country was still an experiment. The caricatures illustrate how politics were viewed by the newly independent American people."

However, Allison's research has found that some key figures from the period do not feature in the cartoons that have survived. Against a backdrop of major events such as the changing of the capital to Washington DC, Thomas Jefferson, the third US President, is regularly portrayed by caricaturists, but little evidence remains of caricatures of George Washington and John Adams, the first and second Presidents.

The reasons for this, Allison believes, are party political. During the years immediately following the American Revolution in 1776, major political divides took place, with a significant split between Washington and Adams on one side and Jefferson on the other. Allison said: "It's possible that the amateur caricaturists of the day were opposed to Jefferson and chose to depict him more, or that caricatures of Washington and Adams were destroyed by the party faithful."

Artistically, the American caricatures of this period are not as distinguished as their British counterparts, and were dismissed at the time as "primitive". The US artists were anonymous until about 1804, when James Akin published the earliest known signed American caricature. This is in marked contrast to well-known British caricaturists of the time, such as James Gillray, who made a comfortable living from his trade, and whose work was recognised for its artistic merit.

Around 1830, with the introduction of lithography, the nature of political cartoons changed in the US. The onset of mass production changed the way cartoons were experienced. "Most of the prints from the period 1780-1830 were produced in small batches, designed to be seen, passed on to friends or contacts, and then disposed of. This is probably why so few have survived - there are only about 100 political cartoons from that period that exist today."

The Gilder Lehrman Institute awards short-term fellowships to doctoral students, postdoctoral academics and independent scholars to work in archives in New York. The New York Public Library has an excellent print collection, with 25 pieces relevant to Allison's research that cannot be found anywhere else. Allison, who studied at undergraduate level at Mary Washington College, Fredericksburg, Virginia, holds an MA from UCL History of Art. She has been awarded a range of other fellowships during her doctoral studies, including from the New York Historical Society, from Monticello (Thomas Jefferson's estate), and a Colonial Williamsburg John D Rockefeller, Jr Library fellowship.

Images: 'The Times Political Portrait', an American cartoon from c. 1795 (Collection of The New-York Historical Society) 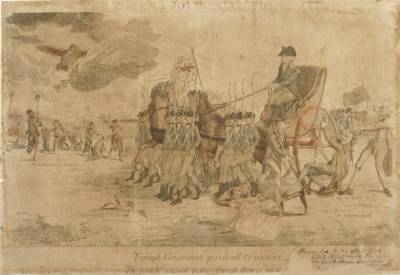