The retirement of John Foreman, UCL Professor of Immunopharmacology and Dean of Students, was marked at a reception on 15 July 2008. 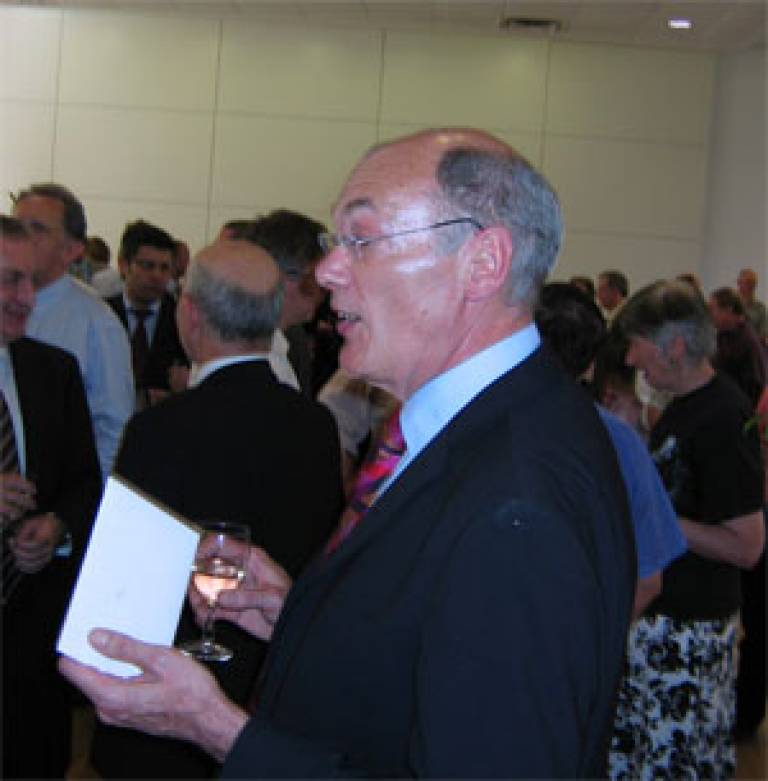 Professor Foreman began his 41-year association with UCL as a medical student. After an intercalated BSc and PhD in pharmacology, he completed the clinical course in medicine. After house officer posts in this country, he joined the staff of Johns Hopkins School of Medicine, Baltimore, as visiting Instructor of Medicine, 1978-1979. He joined the staff of UCL Pharmacology as a lecturer in 1979, was made a Fellow of UCL in 1993, became Professor of Immunopharmacology in 1994, and has been Dean of Students since 1996. He is a past editor of the 'British Journal of Pharmacology', has been a visiting professor at the universities of Tasmania and Odensa, and was elected FRCP in 2001.

UCL President and Provost, Professor Malcolm Grant praised Professor Foreman's numerous contributions to UCL in roles including those of distinguished researcher, inspiring teacher, faculty tutor and halls-of-residence warden. In particular, as Dean of Students he had offered care, attention, level-headedness and support to generations of UCL students, some of whom were in distressing situations.

Professor Foreman noted that, as the first member of his family to attend university, he had been at the vanguard of widening participation, and that it had been a priority for UCL long before recent government initiatives. His headmaster's reference to UCL described him as "the very best type of grammar school boy".

He recalled that his first lecture at UCL had been given by Nobel Laureate Sir Andrew Huxley, of which "I didn't understand a word". He attributed his academic progression to his many fine teachers and research collaborators, many of whom had become lifelong friends. He thanked many academic and administrative colleagues for their support.

Feedback from students at his lectures was consistently excellent, one even remarking that "John Foreman is a pharmacology god". He will continue to teach.

As a hall-of-residence warden, Professor Foreman had been subjected to a number of trials - including being bricked into his room, having his room turfed over, being kidnapped and having his showerhead filled with Marmite - all of which he suffered with enduring patience and good humour.