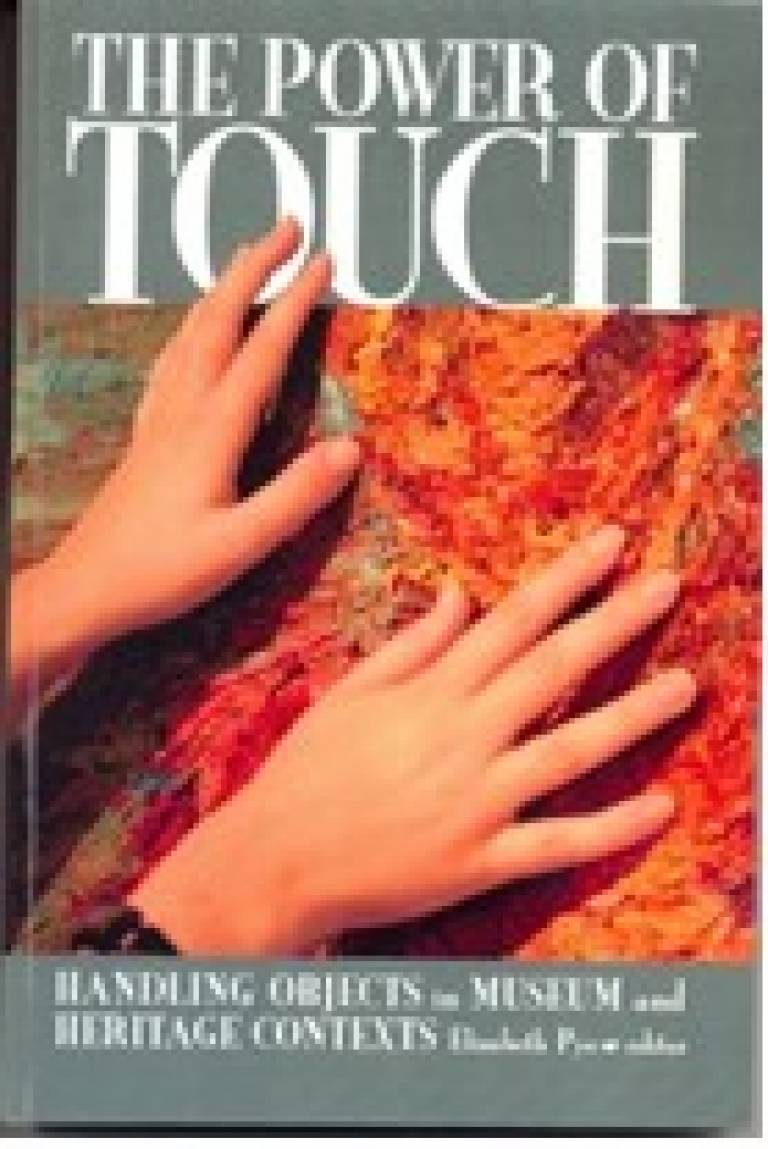 Four books published in December 2007 brings to ten the number of publications produced with Left Coast Press since the UCL Institute of Archaeology established the publication partnership agreement in July 2006.

'The Power of Touch: Handling Objects in Museum and Heritage Contexts' was edited by Elizabeth Pye (UCL Institute of Archaeology). Despite the fact that we have a range of senses with which to perceive the world around us, museums and other cultural institutions have traditionally used sight as the main way to convey information. In everyday life, though, we use touch constantly in conjunction with sight. Why, then, does it play so small a role in the study and enjoyment of museum objects?

Contributors to this volume demonstrate the importance of touch in ascribing meaning - both in the past and present - and display how it can be used to facilitate learning in museums and in a variety of cultural and heritage institutions. They also explore how incorporating touch can have therapeutic and learning benefits to populations such as children, the elderly, traditional communities and the visually impaired.

Yet, as the contributors note, questions of memory, heritage, identity and conservation are interwoven at the local, ethnic, national and global level and cannot be easily disentangled. In a fascinating series of cases from West Africa, anthropologists, archaeologists and art historians show how memory and heritage play out in a variety of postcolonial contexts. Settings range from televised ritual performances in Mali to monument conservation in Djenne and slavery memorials in Ghana.

The authors and their team examined the Neolithic and Bronze Age landscapes on Bodmin Moor of Southwest England, especially the site of Leskernick. The result is a multivocal, multidisciplinary telling of the stories of Bodmin Moor - both ancient and modern - using a large number of literary genres and academic disciplines. Dialogue, storytelling, poetry, photo essays and museum exhibits all appear in the volume, along with contributions from archaeologists, anthropologists, sociologists, geologists, ecologists and museologists.

The result is a major synthesis of the Bronze Age settlements and ritual sites of the Moor, contextualised against other Bronze Ages of southwestern and central Britain, and a tracing of the changing meaning of this landscape over the past 5,000 years. Of obvious interest to those in British prehistory, this is a substantial presentation of a groundbreaking project, which will also be of interest to many concerned with the interpretation of social landscapes and the public presentation of archaeology.

'Decolonising Conservation: Caring for Maori Meeting Houses outside New Zealand', edited by Dean Sully (UCL Institute of Archaeology), argues for an important shift in cultural heritage conservation, away from a focus on maintaining the physical fabric of material culture toward the impact that conservation work has on people's lives. In doing so, it challenges the commodification of sacred objects and places by western conservation thought and attempts to decolonize conservation practice.

The authors examine conservation activities at Maori marae - meeting houses - located in the US, Germany and England, and contrasts them with changes in marae conservation in New Zealand. A key case study is the Hinemihi meeting house, transported to England in the 1890s, where it was treated as a curiosity by visitors to Clandon Park for over a century, and more recently as a focal point of cultural activity for UK Maori communities. Recent efforts to include various Maori stakeholder communities in the care of this sacred structure is a key example of community-based conservation that can be replicated in heritage practice around the world.

Previous publications with Left Coast are: