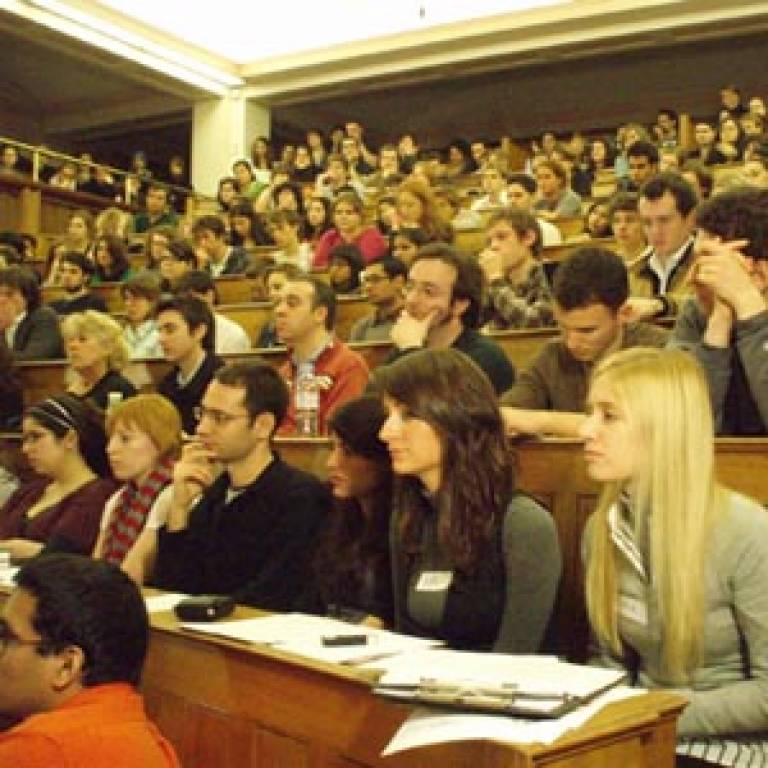 Recounting his own experiences of three years of imprisonment without charge or trial, he argued that the 'war on terror' has provided the backdrop to attacks on civil liberties. Comparing UK legislation designed to tackle Islamic extremism to the less severe impositions made during the IRA's bombing campaign during the 1980s and 90s, he argued that the difference was due to racial differences in the identified 'enemies'.

After his lecture he took a wide range of questions from students about his experience and about his outlook for the future of the conflicts in Afghanistan and Iraq, of which he is an outspoken critic.

The UCL Human Rights Programme is organised by a group of undergraduate Laws students. Future events that are planned include a debate on seafarers' rights with the International Labour Organisation, and a panel debate on the controversial control order scheme put in place by Tony Blair's government. There will also be a panel debate between UCL and the London School of Economics and Political Science about different interpretations of human rights.

To find out more, email the UCL Human Rights Programme or follow the link at the top of this item.