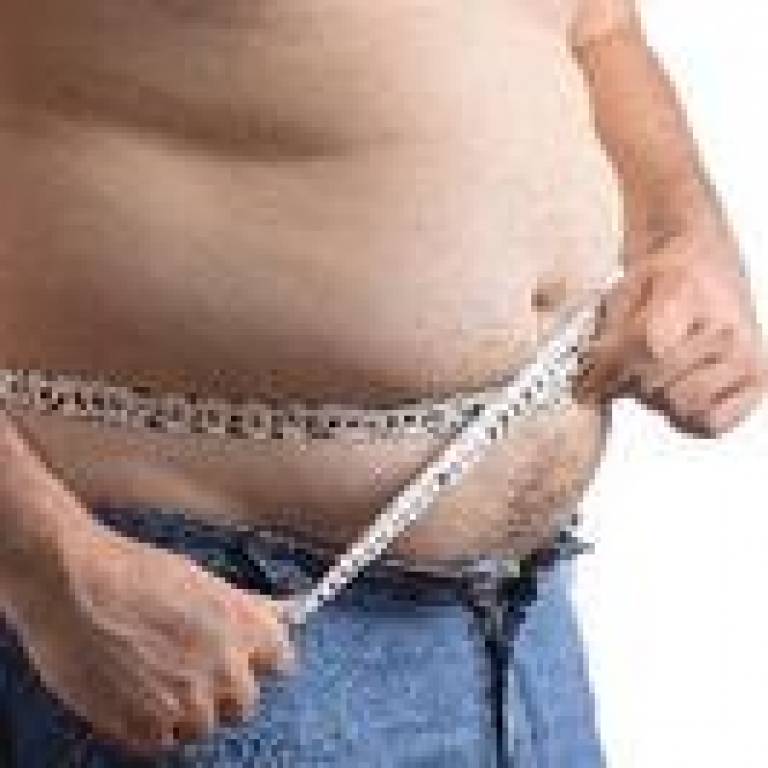 nationalarchives.gov.uk/20130107105354/http://www.dh.gov.uk/en/Publicationsandstatistics/Publications/Publicati..." target="_self">'National Obesity Strategy' to tackle 'the most significant public and personal health challenge facing our society' - our ever-increasing girths. Recent research by two groups at UCL provides the facts on how fat we actually are, and why.

Dr Jennifer Mindell (below right), Clinical Senior Lecturer at UCL Epidemiology & Public Health, leads the UCL team that works on the Health Survey for England - an annual project conducted with the National Centre for Social Research to 'take the pulse of the nation' by interviewing and testing thousands of people across the country. The findings of the 2006 survey were reported just over a week after the government's rallying cry to schools, employers, the food industry, GPs, town planners and others to wage war on our widening waistbands.

The survey's conclusions justify this major offensive: over two-thirds of men (67 per cent) and over half of all women (56 per cent) in England are overweight or obese, based on body mass index. Just under a quarter of all men and women in the country (24 per cent) are obese - a rise of ten per cent for men and eight per cent for women since 1994.

Childhood obesity, however, presents the most worrying prognosis. Around three in ten children aged two to fifteen are obese, with average body mass index for each age group within this band growing steadily since 1995.

The grounds for government getting tough on fat, tough on the causes of fat, is the heavy toll obesity takes on the nation's health - which, like the population itself, is set to become heavier. Obesity has been shown to increase the risk of a wide range of disorders such as high blood pressure, diabetes and several cancers including those of the breast, womb and kidney. If the rising prevalence in obesity in continues, children today may be the first generation to have a lower life expectancy than their parents.

Through the Health Survey for England, Dr Mindell points to a number of reasons for our substantial size. Fewer than half of men and fewer than one-third of woman undertake thirty minutes of moderate physical activity five times a week, the minimum recommended by the Chief Medical Officer (though levels of activity have increased annually since 1997). The number of men and women eating more than the recommended fat intake has more than doubled since 2003, and over two-fifths of men and one-third of women are drinking more than the advised amounts of (highly calorific) alcohol at least once a week.

According to Professor Jane Wardle (below left) of the Health Behaviour Research Centre, also within UCL Epidemiology & Public Health, our extra pounds are out of our hands to an unexpectedly high degree. Professor Wardle led the first study of nature and nurture in childhood obesity undertaken since 1993, when the epidemic is judged to have taken root. The results, published today in the 'American Journal of Clinical Nutrition', show that variation in children's body mass index and waist circumference are over three-quarters attributable to genes and less than a quarter (23 per cent) due to the environment in which children grow up.

By examining and comparing the height and weight of 5,000 sets of identical and non-identical twins, Professor Wardle and colleagues assessed the importance of genetic and environmental influences in determining obesity. Waist circumference was also recorded, as recent evidence suggests obesity around the abdomen is a major cause of medical disorders that increase the risk of developing cardiovascular disease and diabetes, and a contributing factor to heart disease and several cancers. It is expanding even faster than body mass index in young people. 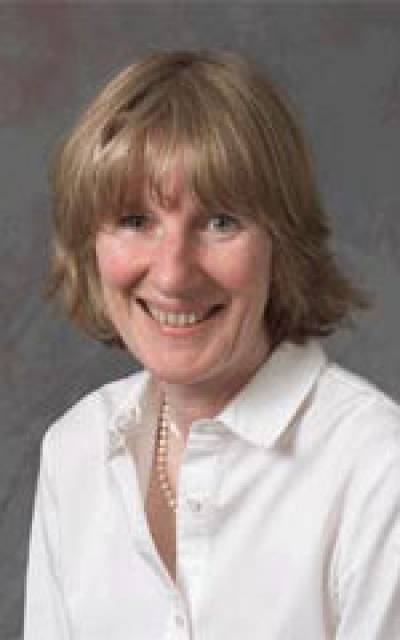 Of this 23 per cent attributable to the environment, the shared-environment effect - that is, the options that siblings share in terms of food, television viewing, active play, schooling, role models, etc - turned out to be only ten per cent, with genetic differences between individual children being the overriding cause of excessive weight. Does this mean that the government has got its priorities wrong in allocating over one-fifth of the strategy's budget (£75m) to a marketing campaign to parents?

"What is important is that this finding means that 'blaming' parents is wrong, because obesity risk is highly genetic," said Professor Wardle. She points out in her paper that strongly genetic conditions can be entirely treatable by environmental interventions. "Ten per cent of the variance in an important health risk factor is not insignificant, and it is possible that aspects of family life could be modified enough to achieve a protective environment for young children who are vulnerable to obesity. However, wider environmental changes may have a much larger effect, by making it harder for 'risky genes' to express themselves."

The message to Alan Johnson as he fleshes out his strategy is clear. Parents need to understand the connection between a well-balanced diet and an active lifestyle and their children's health, but it will be at least as important, if not more so, to create healthier external environments and make good lifelong habits the easy choice for everyone.