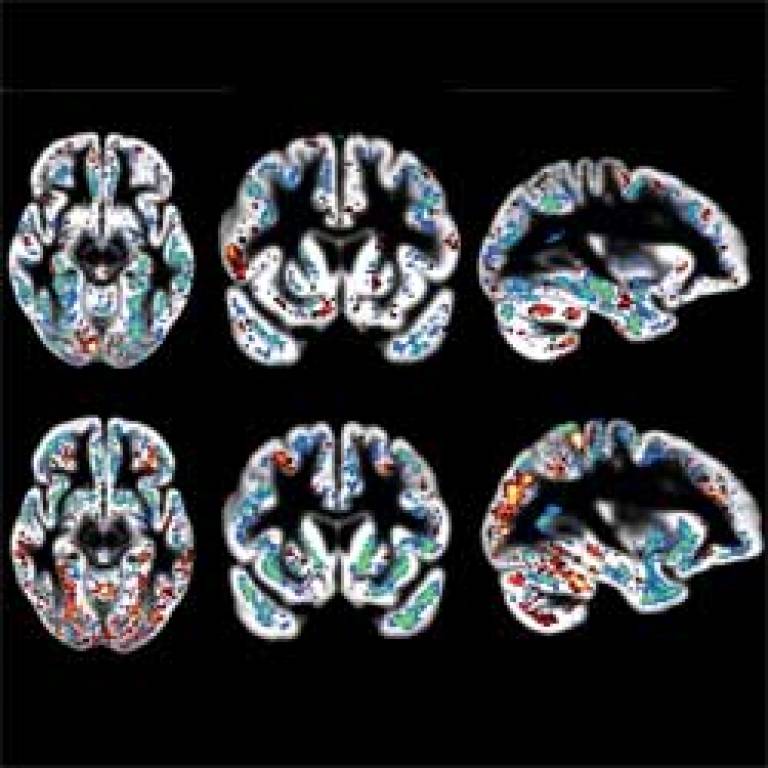 A research team from the Wellcome Trust Centre for Neuroimaging at UCL has developed a computerised technique that can diagnose Alzheimer's disease more quickly and accurately than current methods.

The team, led by Professor Richard Frackowiak, has shown that scans of patients with Alzheimer's can be distinguished from those of healthy individuals and patients with other forms of dementia.

The computerised technique can identify the characteristic damage of Alzheimer's disease with around 96 per cent accuracy, ensuring that patients are diagnosed earlier and increasing their treatment options. The results are published in the journal 'Brain'.

According to the Alzheimer's Research Trust, there are over 700,000 people currently living in the UK with dementia, of which Alzheimer's disease, a neurodegenerative disease, is the most common form.

Alzheimer's is caused by the build up in the brain of plaques and neurofibrillary tangles - tangles of brain tissue filaments - leading the brain to atrophy. Definitive diagnosis is usually only possible after death, but Alzheimer's is usually diagnosed using a combination of brain scans, blood tests and interviews carried out by a trained clinician. The tests are time consuming, and distinguishing the disease from other forms of dementia can be difficult. The current accuracy of diagnosis is only about 85 per cent.

Professor Frackowiak explained: "The advantage of using computers is that they prove cheaper, faster and more accurate than the current method of diagnosis. The new method makes an objective diagnosis without the need for human intervention. This will be particularly attractive for areas of the world where there is a shortage of trained clinicians and when a standardised, reliable diagnosis is needed, for example in drug trials."

The new method works by teaching a standard computer the differences between brain scans from patients with proven Alzheimer's disease and people with no signs of the disease at all. The condition can be identified with a high degree of accuracy from a single clinical MRI scan. One use might be to reassure the worried elderly well with mild memory problems that they are not suffering from the onset of early Alzheimer's.

The researchers tested scans from community and academic hospitals in the UK and US. The method was shown to be valid by testing it on scans from people who had their status proven by pathological examination - the gold standard. The results were uniformly encouraging. The computer could be programmed to distinguish between normal and Alzheimer's with one set of scans and then correctly 'diagnose' scans from another set.

In all cases the results were around 10 per cent better than the best clinical practice. The researchers also found they could distinguish Alzheimer's from a similar disease called fronto-temporal dementia (FLTD) better than manual diagnosis.

Professor Frackowiak emphasised that symptoms from these diseases come on after a considerable amount of damage has already occurred in the brain, so it is important to make an accurate diagnosis early to improve the chances of effectively preventing deterioration.

"The next step is to see whether we can use the technique to reliably track progression of the disease in a patient," added Professor Frackowiak. "This could prove a powerful and non-invasive tool for screening the efficacy of new drug treatments speedily, without a need for large, costly clinical trials."