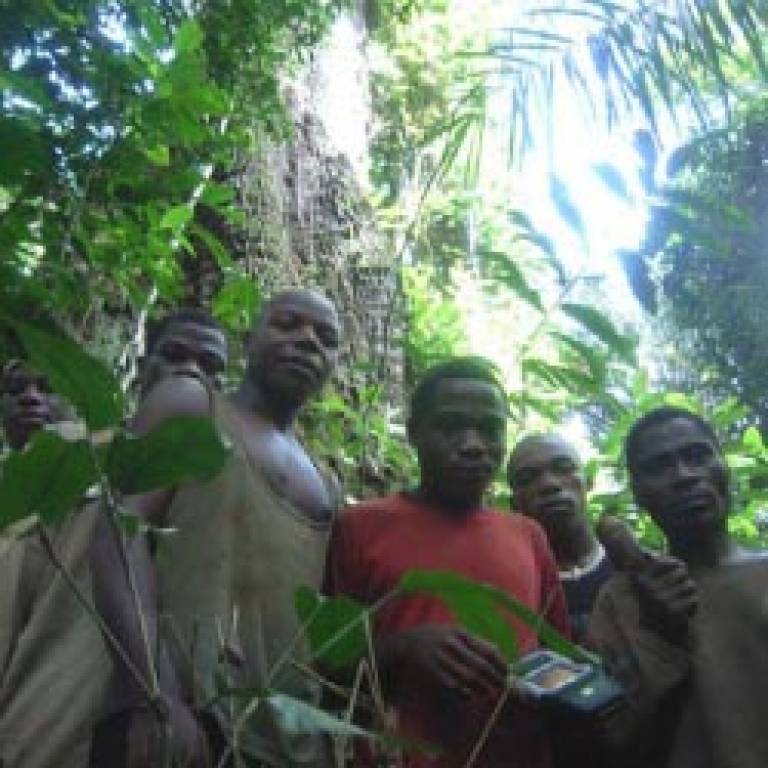 Dr Jerome Lewis (UCL Anthropology) is collaborating with NGOs and a software firm to provide tools for some of the most vulnerable communities in the world, to map and monitor the natural resources they depend on for their livelihoods.

The forests of Cameroon are subject to extensive illegal logging. This includes incursions by timber pirates onto community forestland where they destroy vital resources for local people. Local communities - who depend on many of the key species felled by these illegal loggers for fruit, caterpillars, medicines and oil - have had no possibility to address this serious threat to their future.

Funded by the British Foreign & Commonwealth Office, the project is developing methods and tools that enable local and indigenous forest people, regardless of language or education, to engage in forest monitoring and planning with governmental institutions.

The team is enabling forest communities to monitor their forest areas using specially adapted GPS units. Locally collected data is sent directly to a secure website via satellite link. Government enforcement agencies and NGO partners are able to access the website to gain up-to-date information to monitor and control these activities.

Before going to the field, Dr Lewis and Simon Bates from software firm Helveta, developed icon-driven software to enable local forest communities to map their forest use and resources as well monitor logging activities in their local area. In particular, icons and methods were developed to assure that even non- or semi-literate people could record illegal logging.

For the first stage of the project, the team spent ten days with Baka and villager communities around the town of Lomie in South East Cameroon, visiting a new community each day. 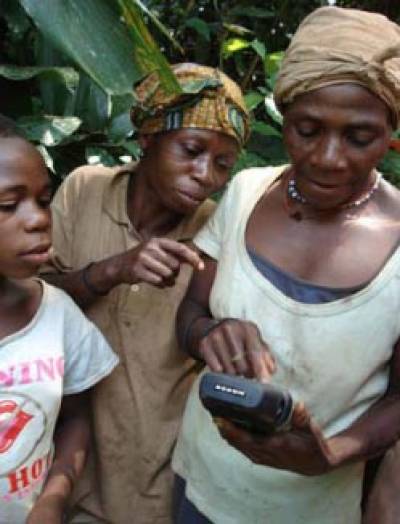 General meetings were held in which the handheld GPS devices and iconic software were introduced. The community was not told what each icon meant but was asked to say what they thought it meant. In this way unclear or misleading icons were identified. Once people were clear about all aspects of the software, including how and when to press the different icons on the screen, and working groups were formed to test the handhelds in the surrounding forests.

"Upon return to the village, a debriefing session was held in order to collect the feedback and elicit further comments and criticisms," explained Dr Lewis. "This method of participative software development was very successful and by the third community visit no changes were requested by the mapping teams."

Even during a short time in the forest, the teams were able to identify a number of illegal logging activities. The most extensive and disturbing of these were documented in Ngola-Baka.

"It was immediately obvious that large scale logging was well underway in the Baka's traditional forest area," said Dr Lewis. "The Baka complained vigorously to us about the felling of these trees, which were vital to their subsistence. Large sapelli provide delicious protein-rich caterpillars during what would otherwise be a hunger season due to the first rains dispersing animals widely in the forest - making hunting difficult. Moabi provide nutritious fruit in abundance, and the nuts provide exceptionally healthy oil for cooking and cosmetic purposes. Additionally, both trees provide a range of important medicines effective against a number of common ailments. Given that the Baka are probably the poorest community in Cameroon, living on well below a dollar a day, the felling of these trees represents a huge loss to them."

As for the previous communities, the Helveta handheld GPS was introduced to the community. They then walked in the forest together so they could test it by mapping resources of interest to them, and to gain their impressions of using the software. In approximately two hours numerous resources were mapped, six illegally felled trees and one large sapelli shortly to be felled by the illegal loggers. 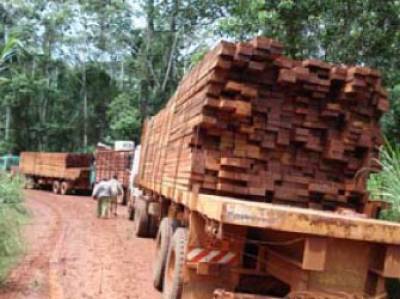 "Every community with whom we tested the software was very keen for us to return to enable them to map their territory as soon as possible," added Dr Lewis. "Before, illegal logging could take place without any record of the felled tree existing. Now, the indigenous population can provide proof. They understand that to record their forest resources on a map is to demonstrate that they are theirs. Through the handhelds, they now have a new tool with which to communicate rapidly with the relevant authorities. "

The community-generated data is sent directly to the website, which serves to develop a dialogue between government, NGOs and communities over forest planning and control, and so increase government forest monitoring capacity. It also provides an accessible platform to audit and demonstrate governmental commitment to good governance.

In the long term the project aims to provide a community-based model that can be deployed in the other nations of the Congo Basin.  This will support the European Union's Forest Law Enforcement and Governance in Trade (FLEGT) policy initiative. FLEGT aims to improve regulation of the timber trade and so address economic, social and environmental failings that are undermining sustainable forest management and local livelihoods. The project will facilitate Cameroon's compliance with the FLEGT process and therefore ensure that its timber production can continue to be sold on high-value European markets.

Image 1: Baka Pygmy communities rely on these moabi trees for food, medicines and oil but are desired by loggers for their high commercial values