Professor Robin Clark (UCL Chemistry) will deliver the 2008 Bakerian Lecture of the Royal Society on 7 February 2008. 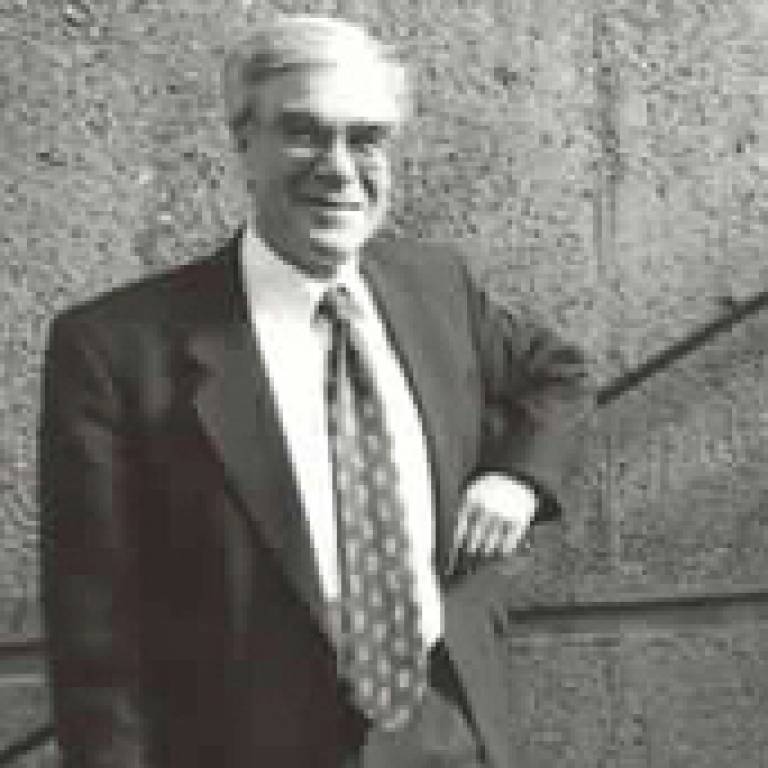 Entitled 'Raman Microscopy: Pigments and the Arts/Science Interface', the lecture will be webcast live throughout the world and will be watched by a specially convened breakfast meeting of the Royal Society of New Zealand.

Born in New Zealand, Professor Clark studied for his bachelors and masters degrees at Canterbury University College in Christchurch, focusing on diffusion-controlled reactions. He then started a PhD at the University of Otago in Dunedin on high pressure chemistry, before coming to UCL Chemistry to develop the chemistry of titanium and vanadium. He has since remained at UCL, albeit having lectured in over 350 other universities and institutions and acted as visiting professor to 13 universities. He served as Dean of Science, Head of Chemistry, and Sir William Ramsay Professor of Chemistry.

In 1969, he obtained key funding to bring the first laser Raman spectrometer to UCL, and his group rapidly developed both the theory and practice of Raman and resonance Raman spectroscopy, techniques which rely on the scattering of light by molecules irradiated with a laser beam. The technique is now widely used in chemistry, yielding specific information on the nature, structure and vibrational frequencies of molecules, and providing fingerprints by which molecules may be identified even in trace amounts.

Most recently Professor Clark and his group have applied a development of the technique, Raman microscopy, to the identification of pigments and dyes of micrometre dimensions on medieval manuscripts, paintings, icons, polychromes, papyri, ceramics, stuccoes, archaeological artefacts and glasses.

The Bakerian Lecture, which dates from 1775, is the Royal Society's premier annual lecture in the physical sciences. It has previously been given by two serving members of UCL Chemistry, Professor Sir Christopher Ingold in 1938 ('The Structure of Benzene') and Professor Thomas Graham in 1854 ('On Osmotic Force').

The lecture is at 7pm (doors open at 6.15pm) at the Royal Society, 6 Carlton House Terrace, London SW1Y 5AG. Admission is free and no advance booking is required.