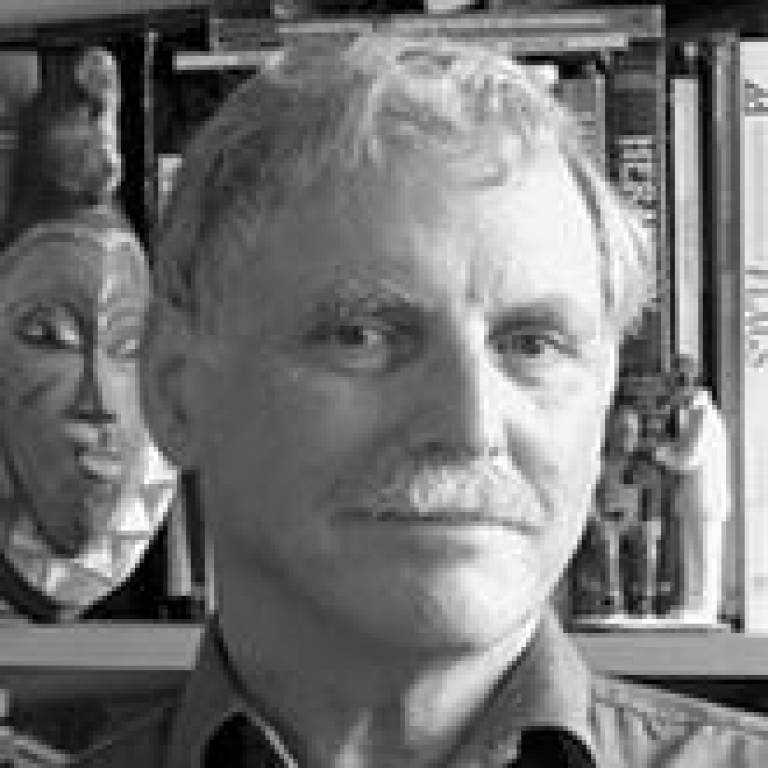 Dr Cecil Helman, Senior Lecturer in the UCL Research Department of Primary Care & Population Health, has been presented with the George Abercrombie Award by the Royal College of General Practitioners (RCGP). The silver medal is one of the highest awards given by the College, and for 'the person who has made an outstanding contribution to the literature of general practice'. The Award was presented at the annual general meeting of the Royal College of General Practitioners on 14 November 2008.

Dr Helman is an international expert on medical anthropology - the cross-cultural study of health, illness, and medical care - and on the many different forms of healthcare and healing found worldwide. He has conducted research on primary healthcare systems, and on traditional healers, in South Africa, Brazil, and elsewhere.
He is particularly interested in the humanistic side of medicine - especially the role of stories and narratives in medical care, and what they may reveal about the inner worlds of both doctor and patient. Among his other interests are the role of metaphors and symbols in our understanding of the human body, in both illness and health, and what the Western industrialised world can learn from the healing systems of more traditional societies, when dealing with different aspects of human suffering.

The George Abercrombie Award, named after the first Chairman of the RCGP Council, is an occasional RCGP Award made 'for special meritorious literary work in general practice'. It is one of the College's highest awards and is given to a person who has made an outstanding contribution to the literature of general practice. Dr Rodger Charlton, a Fellow of the Society of Medical Writers, introduced the nomination of Dr Cecil Helman, calling him a 'worthy recipient' who continues to be 'a source of wisdom to members of this College and colleagues in family medicine world-wide'.

Writing about medicine and the literature of medicine, in 'The Lancet' in June 2003, Dr Helman declared: "The art of medicine is a literary art. One that requires of the practitioner the ability to listen in a particular way, to empathise, but also to imagine. To try to feel what it must be like to be that other person lying in the sick bed, or sitting across the desk from you. To try to understand the storyteller, as well as the story. In medical practice, you never quite know who might walk through your door next: the problems they may bring, the stories they may tell. When patients tell their stories they can be a way of making sense of painful experiences, such as sickness or bereavement; a way of giving them meaning, as well as form. It's a therapeutic process that in today's rushed, impersonal medical system is becoming even more difficult to achieve."

Dr Helman was born in Cape Town, South Africa, and after qualifying as a doctor at the University of Cape Town Medical School, he obtained a Diploma in Social Anthropology from UCL in 1972. He is a prolific writer of science, anthropology and poetry, and is a renowned international speaker. He is working on a sequel to his memoir, 'Suburban Shaman: Tales from Medicine's Frontline', which was described by Oliver Sacks (author of 'The Man Who Mistook His Wife for a Hat') as 'a beautifully written, devastatingly honest, and often very funny, account of an audacious and adventurous life'. It was selected as the BBC Radio 4's 'Book of the Week' in 2006, and subsequently serialised (see UCL News, 28 February 2006). In 2007 it won the Medical Journalists Association Open Book Award. His textbook 'Culture, Health and Illness' is one of the standard international textbooks in medical anthropology, and he has also edited the textbook 'Medical Anthropology' (2008).