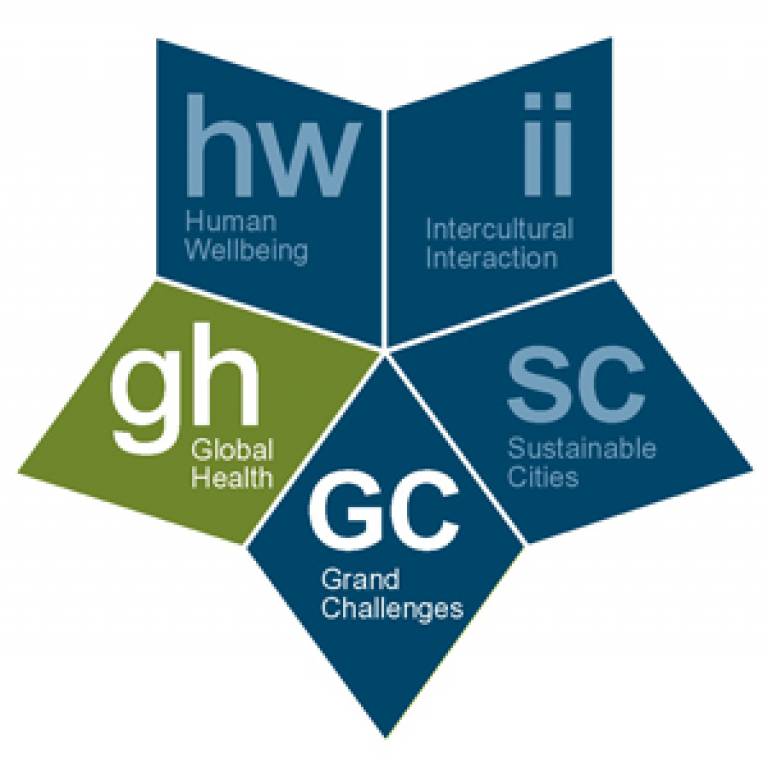 Four speakers presented a range of perspectives. Professor Nora Groce, Director of the Leonard Cheshire Disability & Inclusive Development Centre, in UCL Epidemiology & Public Health, explored the pressing issue of disability and why we need to improve policy and practice to reach this large - and largely overlooked - population.

It is estimated that 10% of the world's population comprises people with disabilities. While, historically, the focus had been on prevention of disability, the world also needs to ensure that people with disabilities have healthy and fulfilling lives. The stigma these people face decreases their access to education, employment and health services. They are also at higher risk of suffering violence.

She noted, too, that social inclusion of people with disabilities was less costly than the consequences of exclusion, and that a wide range of support and expertise exists to facilitate inclusion.

Colm O'Cinneide (UCL Laws) examined disability from a human-rights perspective, highlighting the UN Convention on the Rights of Persons with Disabilities, which came into force in May 2008. While there had been an explosive growth in human-rights law and anti-discrimination legislation over the last 60 years, people with disabilities were benefiting less than expected, in part because they struggle to access the justice system and other influential fora.

The UN Convention heralds an interesting time for disability issues: linking them to human-rights issues provides an exciting intellectual development, and while there has already been a relatively high level of state ratification, the remaining question was the degree to which it would translate into tangible gains for people with disabilities.

Dr Raymond Lang, of the Leonard Cheshire Disability & Inclusive Development Centre at UCL, contributed a political-science perspective on the UN Convention's potential paradigm shift. He described it as the culmination of 30 years of dialogue between the UN and civil-society organisations.

He noted that, for the first time, people with disabilities have legal redress to hold governments to account for enforcing disability rights. However, robust implementation strategies, and effective monitoring and evaluation mechanisms, were necessary. Many factors in parts of the developing world mitigated against that; for example poverty, poor governance, weak civil-society organisations, weak delivery infrastructures, and depleted relational bonds and social capital due to conflict. It is too early to assess the UN Convention's impact. Furthermore, there is a paucity of robust statistical data to provide benchmarks against which governments' implementation could be judged.

Professor Sheila Wirz (UCL Institute of Child Health) outlined disability from a research perspective. She noted the shift from a paradigm of disability as a medical interventionist issue - in which, for example, 'walking' was accorded primacy over 'independent mobility' - to an approach based on equality and human rights.

She raised the issue of how empirical research could be conducted without employing a 'gold standard' of physical normalcy, and the complexity of disability research when disability itself was so heterogeneous. She contrasted the potential roles of people with disabilities in research - whether as passive subjects or active contributors. She closed by noting how well-positioned UCL was to engage in partnerships with international NGOs.

Contributions from the audience were diverse: an emphasis on the need for a discourse of disability and for discourse analysis in developing countries; the duties imposed by the UN Convention; and the issue of taking a rights-based approach in societies where the focus was more on communities and less on individuals.

The UCL IGH holds a series of challenging and stimulating multidisciplinary global health symposia, which aims to encourage the UCL community to learn more about, and get involved in global health. The underlying philosophy of the institute's work is that the solutions to achieving sustained long-term health improvement reside equally in all our faculties, from the arts and humanities, built environment, engineering and law, to basic and applied biomedical sciences.