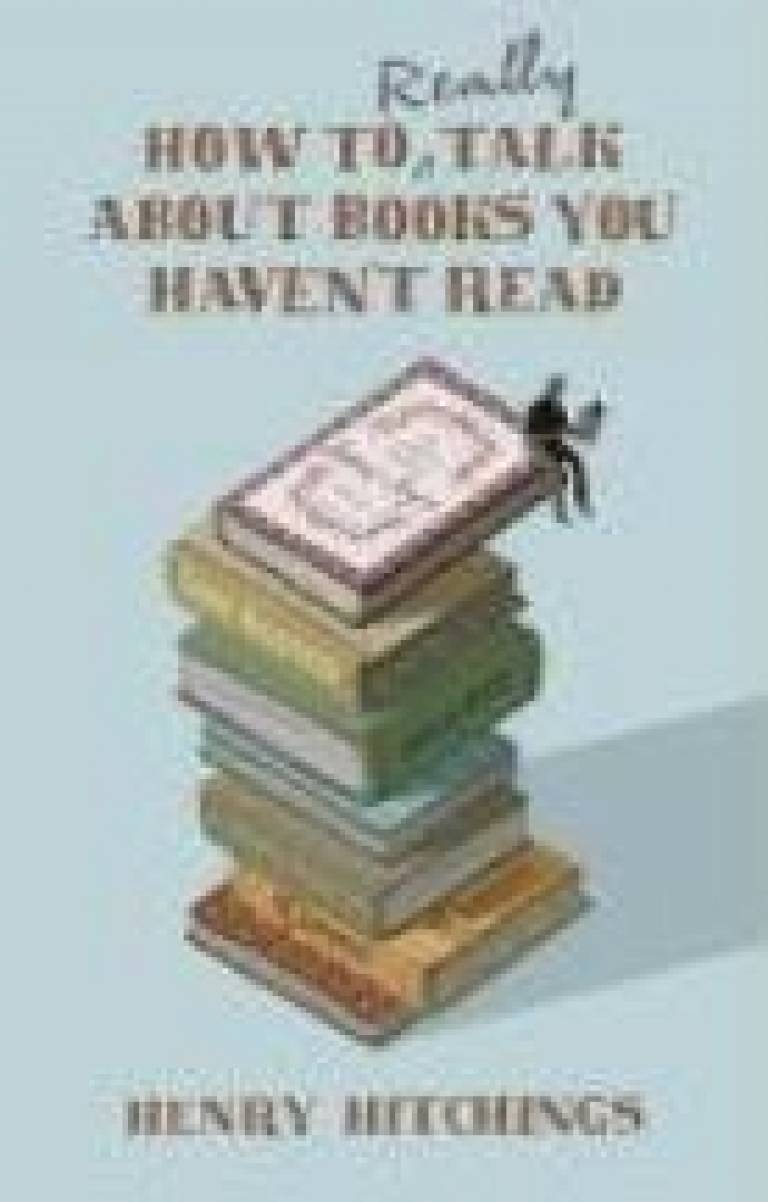 As its title suggests, this book is concerned, in the words of Henry Hitchings, with 'particular books and authors that we are often expected to know about', and 'with real strategies for dealing with the holes in our knowledge'. Its ostensible purpose is, of course, to teach us how to get away with pretending that we have read books which we haven't, but it also reads as if it was Hitchings's attempt at inspiring us to embark on the other, more obvious and yet more time-consuming, way of 'dealing with the holes in our knowledge'. This is, of course, entirely intentional; as Hitchings declares in the conclusion: 'In my own sneaky way, I have, I'd like to think, suggested that there are reasons to read the books I've mentioned in these pages'.

There are many reasons why one might want to fake one's knowledge about literature; for instance, one might want to 'avoid appearing philistine or uninformed', or 'maintain the image of expertise', or 'keep up the flow of talk with someone you might find interesting'. 'Is this behaviour really worse than any other means of social display?' asks Hitchings - yet he also warns the reader that 'there are times when you should most definitely avoid arguing about books you don't really know. You should always assess the power wielded by the person you are talking to.'

Assuming, then, that one isn't talking to Hitchings himself, 'How to Really Talk About Books You Haven't Read' provides a mileage of material for conversation, arranged neither chronologically, nor alphabetically - 'Better to move flexibly through the ages,' he proposes, 'without that kind of groggy predictability.' Thus, provocatively titled chapters ('Would you invite Jane Austen to your dinner party?', 'Do you need to bother with poetry?', 'Shakespeare: Much Ado About Nothing?', 'Who on earth is Henry James?', 'Popular books: is there any excuse?') take us on a literary tour which does not stop at the obviously poetic and fictional. Hitchings also discusses philosophical and scientific writings, and dedicates a chapter each to the Bible and the Qur'an. The eighteen chapters (excluding the introduction and the conclusion) start off with basic information, useful if one has but a minute to spare, and are interspersed with useful authorial asides ('What to do if someone wants to talk to you about Milton', 'How to damn a writer with praise') and boxes listing things such as 'Five curious verses in the Bible (Authorized Version)', 'A fistful of poetic openings that everybody knows (I say this with an eyebrow slightly raised)', and 'Five miserable moments in Victorian novels'.

It is not, however, Hitchings's intention to make the reader feel inept, for he ends on a hope-bestowing note: 'No one has read everything, and no one has seen everything, so you don't need to be able to pretend that you have done so' - something which we all ought to know, but rarely know to remember.

This is Hitchings's third book, after 'Dr Johnson's Dictionary: The Extraordinary Story of the Book that Defined the World' (2005), which won the 2005 Modern Language Association's prize for the best publication by an independent scholar, and 'The Secret Life of Words: How English Became English' (2008), which recently won the John Llewellyn Rhys Prize, the first work of non-fiction to do so for six years.