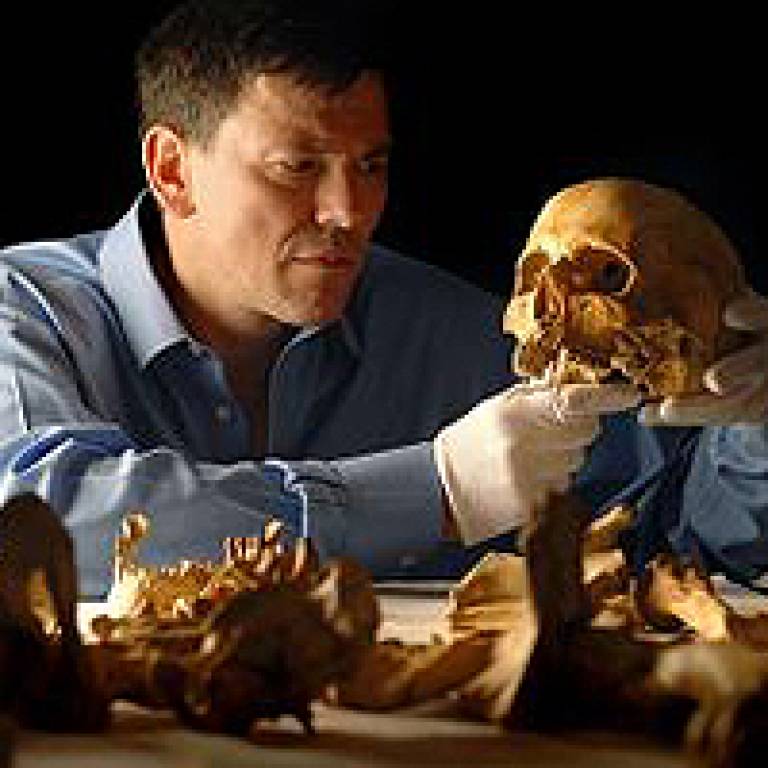 This Tuesday, August 5th, at 8pm you can catch a historical documentary that investigates one of Britain's greatest maritime mysteries - the sinking of the Mary Rose in 1545.

The disaster happened when the ship, the pride of the English navy, sank in the Solent in sight of the French fleet on July 19th 1545, with the loss of more than 400 lives. No one knows why. The French claimed they sank her with well-aimed cannon shot, while English historians claim an ill-disciplined crew were responsible.

Forensic expert Professor Hugh Montgomery, from UCL Centre for Cardiovascular Genetics, used to dive on the wreck as a young man  - and in the Five programme he returns to Portsmouth to investigate the skeletons of the crew who drowned when the ship keeled over.

Professor Montgomery and his team were given permission by the Mary Rose Trust to examine the crew's remains. After examining the skeletons they concluded that, the cause of the sinking could not be blamed on a lack of discipline, as was previously believed, but was in fact due to the
inability of the crew members to understand each other - the officers were English, but the ordinary sailors were not.

"The analysis of the teeth suggests the men grew up in a warm climate, probably somewhere in southern Europe, Professor Montgomery said. "It's also known that at this time, Henry VIII was short of skilled soldiers and sailors and was trying to recruit mercenaries from the Continent."

You can see how this confusion turned to tragedy by either clicking on the links above or tuning into Five, August 5th, at 8pm.