Seasons through the Looking Glass 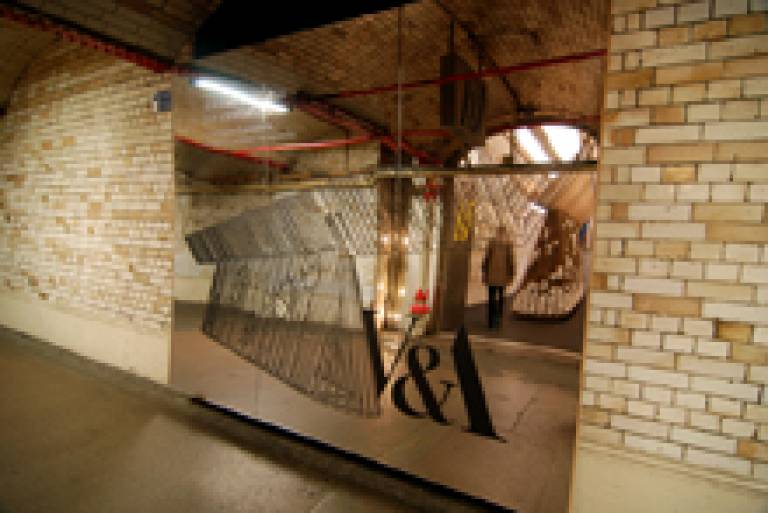 Visitors to the Victoria & Albert Museum in London can now enter the building through a subterranean garden, thanks to the latest work by UCL professor of architecture CJ Lim. 'Seasons through the Looking Glass', an installation inspired by Lewis Carroll's 'Alice in Wonderland', is located at the tunnel entrance to the V&A.

The V&A gave Lim an entirely open brief to transform the tunnel entrance - their only prerequisite was that it remains in situ for one year. The result is a subterranean garden whose foliage changes with the seasons. However, instead of soil and living vegetation, it is made of cardboard and clothing. To emphasise the seasonal nature of the installation, Vivaldi's 'Four Seasons' will be broadcast to the immediate area, thus ephemerally extending the museum's territory.

"It's a cartouche-shaped topiary, bejewelled with rose blossoms that taper to a crown before sprouting an array of forked branches whose shadows fence around the grand vaulted ceiling. It's a curious beast  - its trunk and twigs are constructed from honeycomb paper-sandwiched panels, its flowers from rolled recycled garments that change to reflect the seasons," suggests Lim. 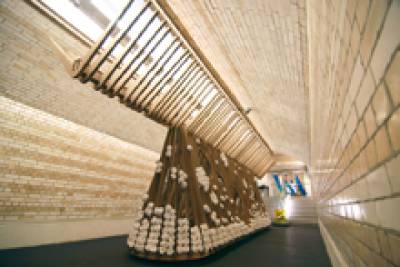 The references to Alice's wonderland extend beyond the garden theme - Alice famously comes across gardeners painting roses after she falls through the tunnel - to a large mirror, or looking glass, which lies at the end of the installation: "A large-looking glass in the foot tunnel immediately beyond the entrance portal mirrors the topiary structure, infinitely extending the V&A in virtual space."

Whilst the brief for the commission may have been entirely open, the demands and complexities of the site and its neighbours - London Underground, meant that there were a number of obstacles to overcome: "Because the tunnel is listed we weren't allowed to touch the walls or ceiling and because of the museum's artefacts we could only use certain V&A approved materials to prevent any possibility of a bug infestation. On top of this we could only use water-based glue and all the clothes had to be cotton, so it was a huge learning curve, but we're really excited by the results." 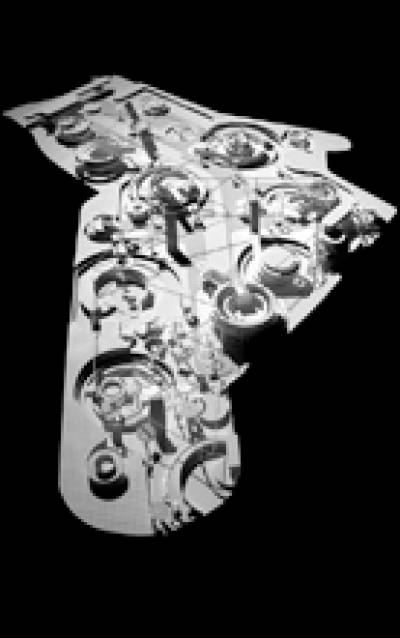 Lim is no stranger to the V&A. Two of his Royal-Academy-prize-winning drawings were purchased by the museum in 2005, and his Chinese eco-city in GuangMing is currently on display there as part of the China Design Now exhibition. To find out more about 'Seasons through the Looking Glass' and 'China Design Now', use the links at the top of this article.

Images:
1 and 2 'Seasons through the Looking Glass'
3 Guangming Smart-city model