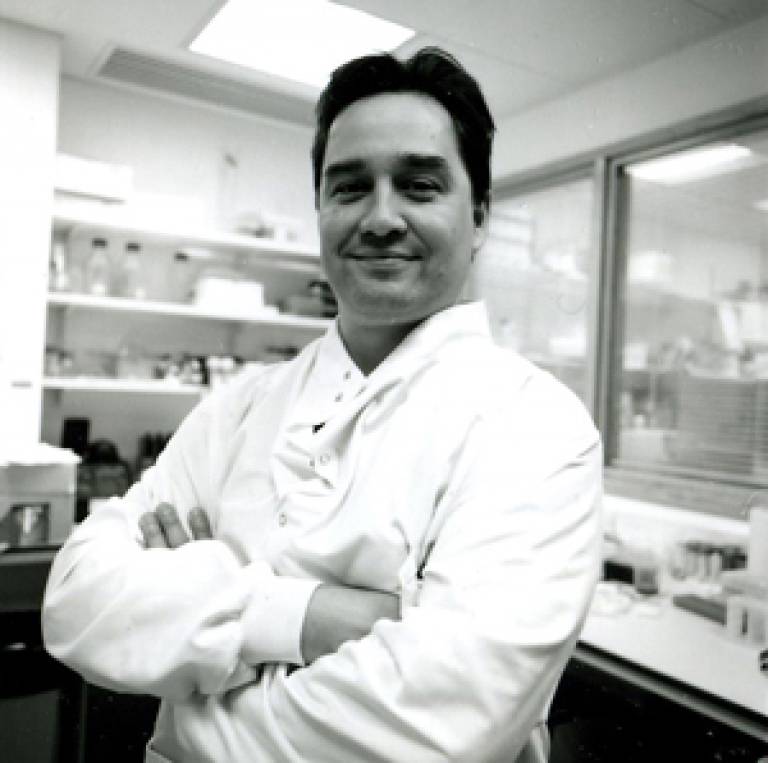 UK researchers from the UCL Institute of Ophthalmology and Moorfields Eye Hospital have announced results from the world's first clinical trial to test a revolutionary gene therapy treatment for a type of inherited blindness.

The results, published today in the 'New England Journal of Medicine', show that the experimental treatment is safe and can improve sight. The findings are a landmark for gene therapy technology and could have a significant impact on future treatments for eye disease.

The trial, which received funding from the Department of Health, represented a world first when it began in February 2007. It involves young patients with a condition called Leber's congenital amaurosis (LCA), a rare inherited eye disease caused by an abnormality in a gene called RPE65. The condition appears at birth or in the first few months of life and causes progressive deterioration and loss of vision. There are currently no effective treatments available. The trial's purpose was firstly to find out whether gene therapy for retinal disease is safe, and secondly to find out if it can benefit vision in young adults who already have advanced retinal disease.

Crucially, the experimental treatment was found to cause no side effects in this trial. Following the treatment, the three patients involved underwent a series of tests designed to establish the effects of the therapy on vision. They all achieved levels of vision at least equivalent to before the operation, but one patient (Steven Howarth, 18) benefited from significantly improved night vision. This was demonstrated by his ability to negotiate a specially constructed simulation of a night-time street scene. Before the operation he completed the task slowly and made several mistakes, but following the surgery he was able to navigate quickly and without mistakes.

The researchers believe the operation's success for this particular patient could be because his disease had not progressed to the same extent as the others. The other two patients may also still benefit from the new treatment in the future, but it will be some time before this becomes apparent. The team have already begun to trial the technique in younger patients, where they hope to achieve even better results.

The team conducting the trial, from the joint Moorfields Eye Hospital/UCL Institute of Ophthalmology NIHR Biomedical Research Centre, is led by Professor Robin Ali and includes eye surgeon Mr James Bainbridge and retinal specialist Professor Tony Moore. The technique used in the trial involved inserting healthy copies of the missing RPE65 gene into the cells of the retina to help them to function normally. This involved an operation which delivered the normal genes to the retina, using a harmless virus or 'vector' to carry the gene into the cells - the vector was manufactured by US company Targeted Genetics.

Commenting on the findings, Professor Ali said: "Showing for the first time that gene therapy can work in patients with eye disease is a very significant milestone. This trial establishes proof of principle of gene therapy for inherited retinal disease and paves the way for the development of gene therapy approaches for a broad range of eye disorders."

Explaining the technique, Mr James Bainbridge, who leads the surgical team, said: "We developed surgical techniques to enable access to the cells beneath the retinas of patients, using a very fine needle to deliver the modified virus in a controlled retinal detachment that resolves as the vector is absorbed. It is tremendously exciting to see that this technique is safe in an extremely fragile tissue and can improve vision in a condition previously considered wholly untreatable."

Professor Moore said: "It is very encouraging to see that this treatment can work, even in young adults who have severely advanced disease. We anticipate an even better outcome in the younger patients we are now beginning to involve as the trial proceeds, as we will be treating the disease in the early stages of its development."

Professor Ali added: "These results give us great confidence that this technique is safe and can bring real benefit to patients with impaired vision. While we're very excited about the improvement in Steven's vision, it's important to emphasise that gene therapy is still an experimental treatment not yet generally available to patients. The technique will be tested in other patients with LCA and we also hope to begin trials for other forms of retinal disease in the future."

"This is a major achievement for British science and the NHS and shows we truly are at the forefront of innovation. The success of this research has huge implications for sufferers of this condition, as well as for a much larger group of inherited retinal diseases which affect 1 in 3,000 people.

To find out more about the UCL Institute of Ophthalmology, or about PAMELA (where this video simulation was filmed) use the links at the top of the article. Patients who are interested in this research project can see the Moorfields Eye Hospital link above for further information.

This video shows a patient navigating a dimly-lit, specially constructed simulation of a night-time street scene before and after treatment. In the first simulation, before his operation, the patient completed the task slowly and made several mistakes. In the second sequence, taken six months after the treatment, we see the patient navigating a different formation of the scene, with striking improvement. The patient is wearing an eye tracker so the team can follow his eye movements and is accompanied to ensure his safety.