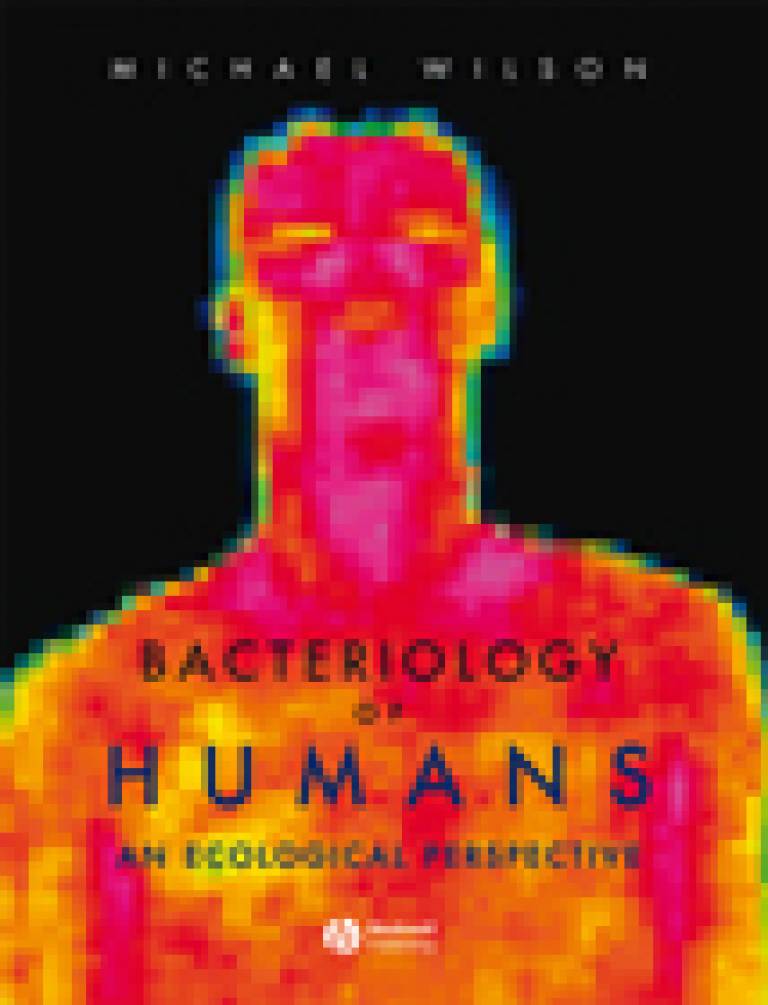 
In his new book, 'Bacteriology of Humans', Professor Michael Wilson (UCL Eastman Dental Institute) gives a detailed description of the enormous number and variety of bacteria that live on healthy human beings.  He points out that a human being is really a mammalian-microbe symbiosis consisting of ten times as many microbial cells (1014) as mammalian cells and that the average adult carries around approximately 1.5 kilograms of microbes, collectively termed the 'indigenous microbiota'.

In his book Professor Wilson describes the enormous complexity of the microbial communities found at many body sites : "We provide a home for more than 2,000 different microbial taxa which collectively contain more than 100 times as many genes as the human genome. What is fascinating is that most of these organisms have not yet been grown in the laboratory and therefore little is known about them."

Fortunately, as Professor Wilson points out, modern molecular techniques are now providing us with some idea of the physiology and virulence potential of these microbial communities. In order to try and understand how members of the indigenous microbiota survive on our body and their behaviour, Wilson has adopted an ecological approach in his book - motivated by Pasteur's statement that "The germ is nothing. It is the terrain in which it is found that is everything".

By focusing on bacteria found in healthy individuals rather than those organisms responsible for disease Professor Wilson highlights some interesting issues: "Some of the deadliest diseases of humankind are caused by microbes which are normal inhabitants of various body sites of healthy individuals, for example Neisseria meningitidis and Streptococcus pyogenes. In addition, the indigenous microbiota of humans exert many beneficial effects such as protecting us against exogenous pathogenic microbes, providing us with as much as ten percent of our energy requirements and regulating our body mass."

Professor Wilson hopes that his book will inspire others to take a greater interest in, as well as to cherish, their indigenous microbiota. He believes that the exhortation to 'know thyself' extends to that part of the human-microbe symbiosis that can justifiably be termed 'microbial self'.

For more information on 'Bacteriology of Humans', use the link the top of this article.