Goings-on at the Grant Museum

Find Arthur Conan-Doyle's 'Lost World', rediscover Darwin and be amazed by Asian animals at the UCL Grant Museum of Zoology this term. 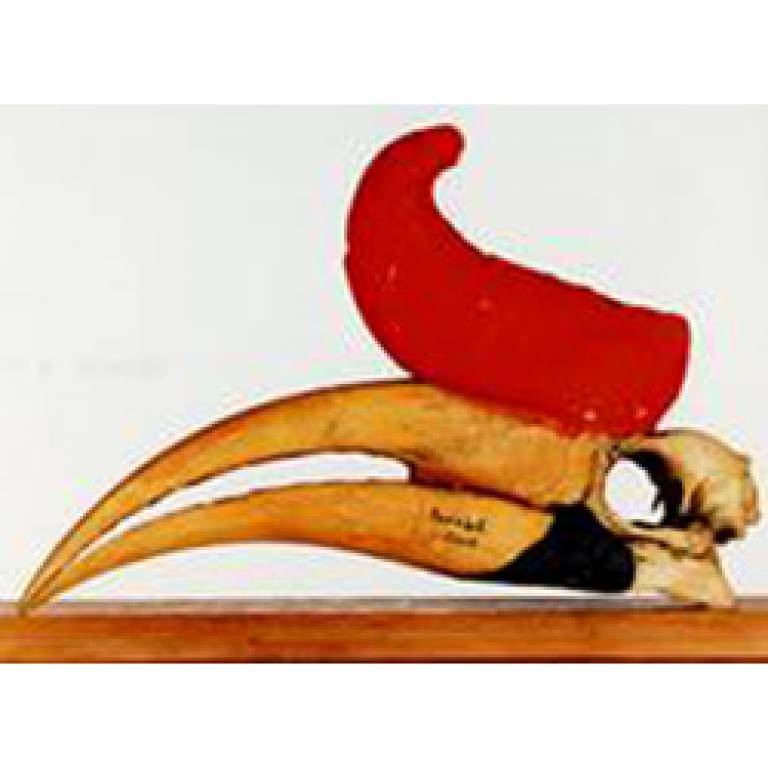 The Grant Museum is hosting a packed calendar of events this term, kicking off with 'Amazing Asian Animals for London Open House' on 16 September, 10am-4pm. The day includes free hands-on activities with incredible animal specimens from across Asia.

Visitors can tickle a tiger, caress a crocodile and pet a panda, have a go at fantastic interactive games with amazing creatures living everywhere from Turkey to Thailand and get their hands on skulls, skins and skeletons from some of the world's rarest animals.

A must-see event for dino-fans and cinema-buffs alike, the 1925 film 'The Lost World' is the original monster movie. Audiences were stunned by the pioneering special effects that brought to life Sir Arthur Conan Doyle's story of dinosaurs surviving in the Amazon. The Grant Museum is hosting a rare opportunity to see the recently restored film on the big screen, introduced by UCL Historian of Science, Dr Joe Cain on 11 October at 6pm

Get 'Animal Crackers' at half-term, 22-26 October 2007. From bone-crushing hyenas to nectar-sipping bats, investigate the amazing world of beastly diets with the Grant Museum's fantastic specimens. Take part in hands-on activities to discover the animals that hunt at 200mph, detect electricity, cast nets, eat poisonous plants or don't feed at all.

On 25 October 2007 from 11am-4pm, UCL Museums & Collections get together for the annual 'Big Draw in the Cloisters', where artefacts from the geology, science, archaeology, zoology and egyptology collections will be there to draw and investigate.

The 11th Annual Robert Grant Lecture will be delivered by Darwin historian Dr John van Wyhe (University of Cambridge) on 14 November 2007 at 4.30pm. In his lecture 'Rediscovering Darwin: The real story of Darwin's finches', he will try to unravel the false myth of how Darwin discovered evolution by the specially adapted beaks of the finches native to the Galapagos Islands.

The Grant Museum will be going to extremes on 24 November with the biggest, smallest, heaviest, lightest, cutest, ugliest, oldest, newest, weirdest and wildest animals. The brilliant hands-on activities explore natural tricks and tools including jellyfish that kill a man in four minutes, or beetles that can lift objects 850 times their own weight. Discover some of the most amazing facts in the natural world.

Explore how animals cope in the coldest of conditions at the 'Icy Animals' event on 20-21 December 2007 and 2-4 January 2008. From mountains to icebergs, and glaciers to tundra the Grant Museum's specimen-based hands-on activities investigate the world's snow-bound beasts. Interactive games will also look at ice-age animals and what will happen if all our ice melts.

Image 2: Poster for 'The Lost World'