The UCL Festival of the Moving Image 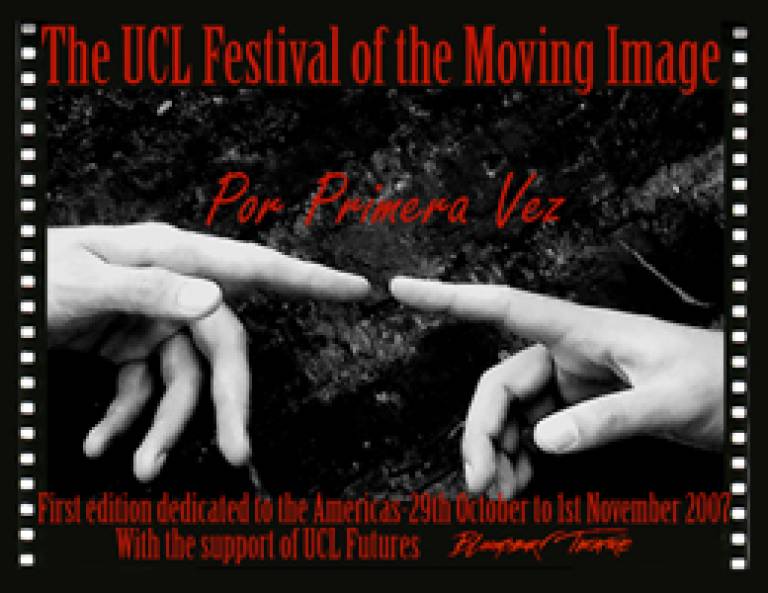 The inaugural UCL Festival of the Moving Image will be held at the UCL Bloomsbury Theatre from 29 October to 1 November 2007.

The festival will be hosted by UCL Spanish & Latin American Studies and the UCL Film Studies programme, and will be free to all. It has been created to provide film students with a platform for their works, with the aim of becoming a leading university event for the exhibition, interpretation and study of audiovisual culture.

The programme of screenings, workshops and presentations will include short films made by UCL students who attended this year's film-making summer school in Cuba, organised by Professor Stephen Hart of UCL Spanish & Latin American Studies.

The festival will open with a specially commissioned performance by Yat-Sen Chang, Cuban ballet dancer and Principal of the English National Ballet.

The event will be open to all, free of charge and with no need to book. It is supported by UCL Futures, Unison-UCL branch, the UCL Film & TV Society and the British-Cuban Heritage Foundation.