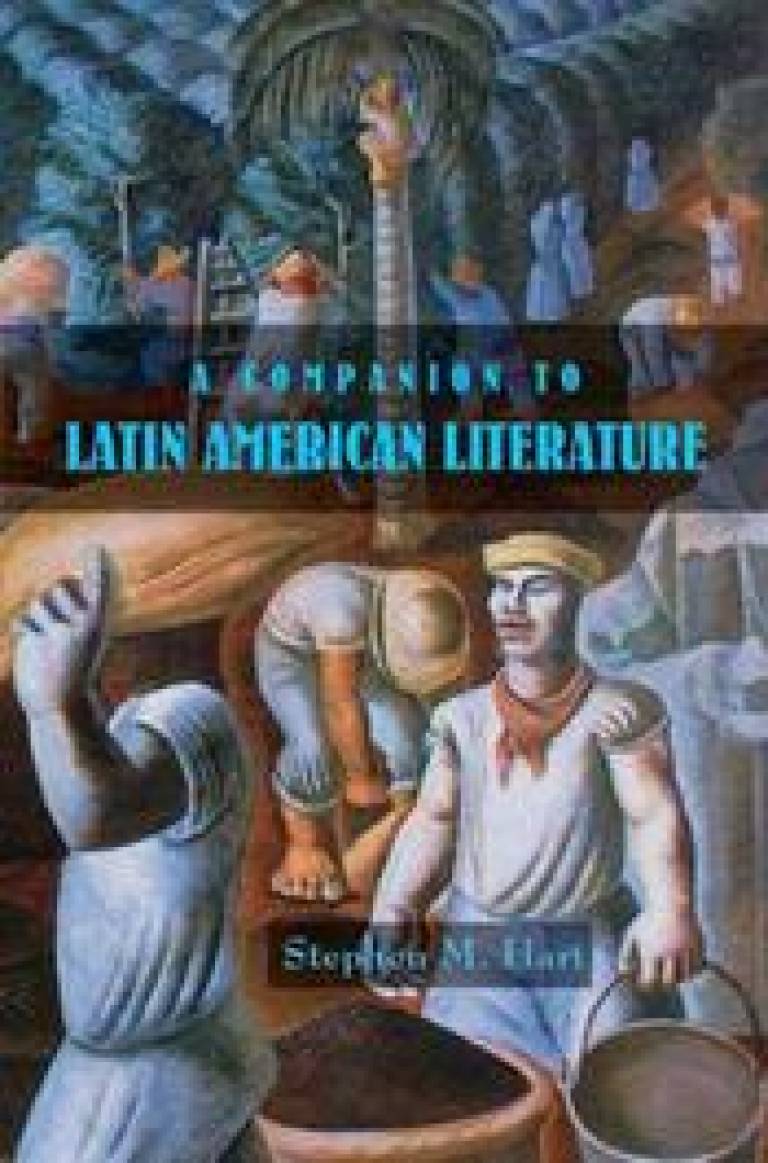 The latest work by Professor Stephen Hart (UCL Spanish & Latin American Studies) was written to answer the questions: 'What is Latin American literature? How do internationally renowned figures such as García Márquez, Clarice Lispector and Vargas Llosa fit into the literary landscape of the continent?'

In 'A Companion to Latin American Literature' (Tamesis Books) Professor Hart addresses this substantial challenge by providing a 300-page chronological introduction to the most significant literary works, rather than authors, to emerge from the continent from the fifteenth century until the present day.

The book's point of departure is a historical coincidence: the discovery of the region now known as Latin America at around the same time as the advent of the printing press. Professor Hart argues that this co-emergence led to a unique relationship between readers, writers and Latin American regimes, and goes on to develop the theme of literature's function within society and the role that writers played.

Further, Professor Hart studies the crucial impact that the printed word had on the way the 'new' continent was viewed by Europeans. He explains: "The newly created presses of Europe printed copies of Christopher Columbus's letters to the Catholic Monarchs and circulated printed versions of Hernán Cortés's letters, as well as Theodor de Bry's images of Brazilian cannibals, which were eagerly bought by Europe's fledgling merchant classes. An earlier age had to be content with the Bayeux Tapestry."

The evolution of literature's compass is reflected in Professor Hart's material. As in Europe, the term 'literature' originally applied to any form of valued writing in society, such as philosophy, history, essays and letters; only narrowing purely to describe fictional prose in the nineteenth century. Professor Hart discusses examples of all these genres, as well as several others such as Afro-Hispanic and Afro-Brazilian writing; the post-Boom Novel of the 1980s and the Novel of the New Millennium, which he is the first to cover in a Latin American compendium. His book is also the first study of its kind to devote significant space to pre-nineteenth century literature, indigenous literature written before the conquest and women writers.

One of Professor Hart's main aims is to study the relationship between Spanish American and Brazilian literature, which he describes as "a three-legged race - two individuals more or less moving in the same direction but often tugging against each other".

"There are many instances of a Spaniard and a Portuguese writing about the world around them in complete isolation from each other, yet producing ideas that are remarkably similar - for example, Caviedes in the colonial era wrote satiric verse in Peru which overlapped in specific ways with Matos de Guerra's in Brazil. José de Alencar wrote the Romantic novel 'Iracema' in Brazil which is strikingly similar to Jorge Isaac's Colombian masterpiece 'María'. At other times, they seem to be pulling in different directions: Spanish and Portuguese writers used the term 'Modernismo' to refer to quite different concepts."

Professor Hart expands on his discussion of the Peruvian poet César Vallejo in greater detail in his other recent title, 'Stumbling Between 46 Stars'. This collection of essays, published by the UCL Centre of César Vallejo Studies, analyses various aspects of the poet's life and work, including the development of his political engagement and the uniqueness of his poetic language.

Tantalisingly, the book comes in the wake of the discovery of photocopies of Vallejo's original handwritten poems. The manuscripts themselves were lost after his death and Professor Hart has searched for them for over 20 years.

Professor Hart provides a possible explanation for this disappearance in the short DVD docudrama that accompanies the book. The film, which he directed, explores key episodes in the poet's life and dwells on the murky circumstances of his death - the poet predicted (correctly) that he would die in Paris, and the cause of his death has never been resolved.

Professor Hart's interest in film extends to a documentary-making summer school for UCL students that he runs annually in Cuba in partnership with the Escuela Internacional de Cine y Televisión. The fruits of the students' labours will be shown at the UCL Festival of the Moving Image at the end of this month.

To find out more about both books and the UCL Festival of the Moving Image, follow the links at the top of this article.

Images: Dust jackets of 'A Companion to Latin American Literature' and 'Stumbling Between 46 Stars', the latest titles from Professor Stephen Hart