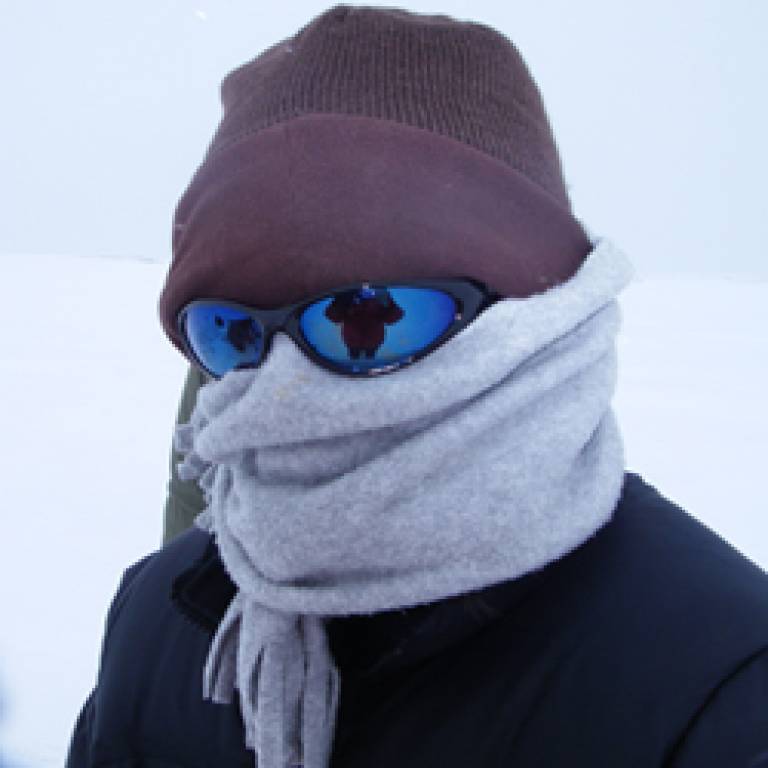 The annual competition challenges PhD students in science, engineering and technology to communicate their area of work to 'New Scientist' readers and to explore the implications of their work for society in a creative way - all in under 700 words.

Angela's essay entitled 'Just In Time?' was based on the fieldwork she conducted earlier this year in Russia on the effects of climate change on the local people. It will appear in 'New Scientist' on 6 October.

"I wrote the essay just after my supervisor Viv Jones and I got back from doing some fieldwork in April," Angela said. "We were based in Arctic Russia to the west of the Ural Mountains. The temperature was about -10°C but should have been -30°C so it was a very 'warm' spring which made traveling very difficult and more dangerous. We met some Nenets, the local indigenous reindeer herders, who spoke to us about their lives. The whole experience brought it home that climate change isn't just about numbers and statistics - it's about people's lives and safety."

Angela is in the second year of her PhD with the UCL ECRC, UCL Geography and the Department of Entomology at the Natural History Museum. For her doctorate she is studying the effects of climate change on arctic lakes, which are extremely sensitive to environmental changes, by analysing differences in the organic matter in the sediment at the bottom of the lakes, particularly over the past 500 years.

The first prize brings Angela £1,000 prize money, a two-week media placement and an invitation to take part in a media and science communication event in London this month.

Lewis Dartnell was one of the runners-up. Lewis is in his final year of the combined research masters-PhD programme at the UCL Centre for Mathematics & Physics in the Life Sciences and Experimental Biology.

His essay 'Martian Death Rays' described the cosmic radiation that is likely to be killing off the life on Mars that scientists are so keen to discover. Lewis is researching this subject through computer simulations and laboratory study of bacteria from Antarctica. A research paper on the topic that he published in a scientific journal in January this year attracted attention in the international mainstream press.

Lewis's success follows science writing awards from 'The Daily Telegraph', 'The Times Higher Education Supplement' and the Royal Astronomical Society, and his recent popular science book about astrobiology: 'Life in the Universe: A Beginner's Guide'.

Image 1: Angela Self during fieldwork in Arctic Russia

Image 2: Lewis Dartnell was recognised for his research into life and death on Mars