A decade of Cassini-Huygens 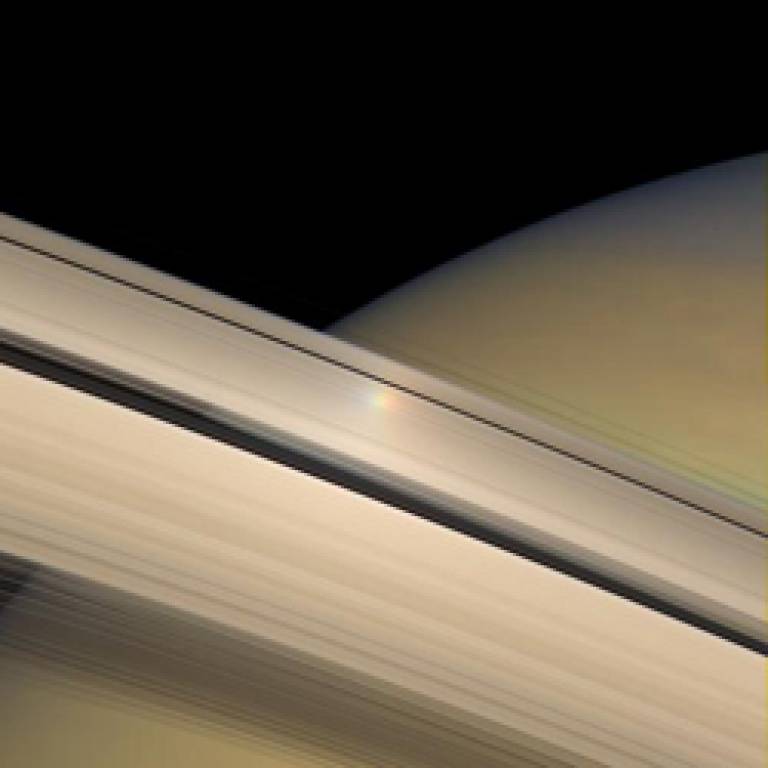 On 15 October 1997, the international mission Cassini-Huygens was sent on its way to Saturn and its moons, producing amazing results since it arrived at Saturn in 2004. UK scientists play a major role in the mission, including staff from UCL's Mullard Space Science Laboratory (MSSL).

Cassini-Huygens is a joint project between the National Aeronautical and Space Administration (NASA), the European Space Agency (ESA) and the Agenzia Spaziale Italiana (ASI).

The spacecraft launched on 15 October 1997 from Cape Canaveral, Florida, on its seven year journey. After reaching Saturn's orbit in July 2004, the NASA Cassini orbiter has been delivering researchers an ever increasing knowledge of the intricacies of Saturnian system.

In December 2004 the ESA Huygens probe was jettisoned towards Titan. In January 2005, Huygens descended through the atmosphere of Titan before successfully landing on its surface bringing us the first breathtaking close up look of Saturn's largest moon.

Dr Andrew Coates (UCL MSSL) is team member for the CAPS instrument on Cassini and lead for the electron spectrometer. The Cassini Plasma Spectrometer (CAPS) measures the energy and electrical charge of particles such as electrons and protons that the instrument encounters. The instrument is used to study the composition, density, flow, velocity, and temperature of ions and electrons in Saturn's magnetosphere. He said:  "A decade ago we watched in awe - and hope - as the huge and powerful rocket carried our delicate instrument on the first leg of its trip to Saturn. It was the start of one of space exploration's great adventures and we didn't really know what we would find. Now, we are reaping the rewards of nearly 20 years work on the mission and the science continues to be amazing."

The latest radar images from Cassini provide the best view of the hydrocarbon lakes and seas on the north pole of Titan and reveal lakes at the south pole as well.

Image: Rainbow on Saturn's rings taken by Cassini. The opposition effect, a brightness surge that is visible on Saturn's rings when the sun is directly behind the spacecraft, is captured here as a colourful halo of light moving across Saturn's sunlit rings. (Credit: NASA/JPL/Space Science Institute)