Professor Sir Martin Evans (PhD UCL Anatomy &amp; Developmental Biology 1969) has been co-awarded the 2007 Nobel Prize for Physiology or Medicine, making him the 20th Nobel Laureate among the UCL community of current and former staff and students. 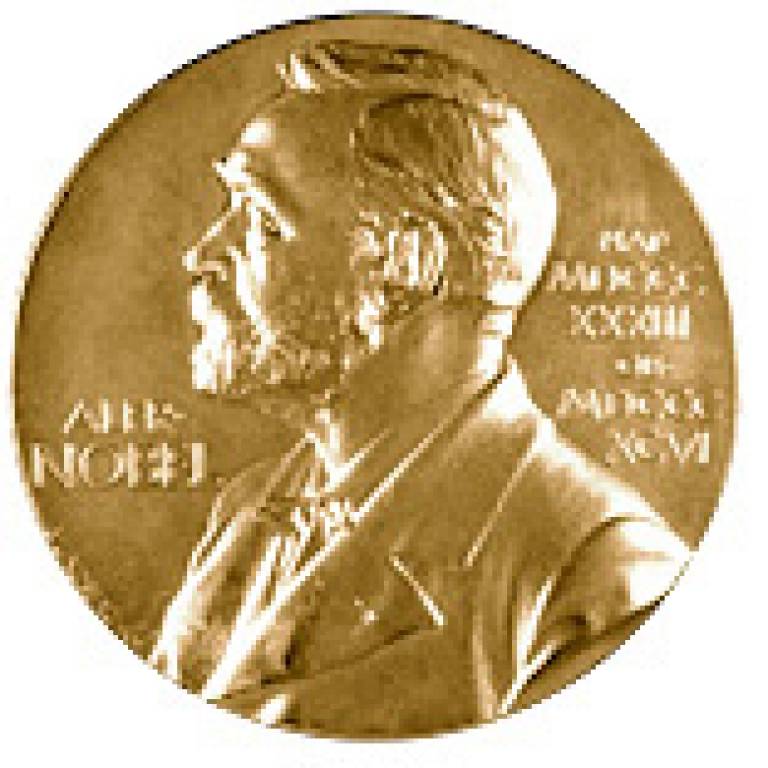 The former Director of the School of Biosciences and Professor of Mammalian Genetics of Cardiff University shares the award with Mario R Capecchi and Oliver Smithies, "for their discoveries of principles for introducing specific gene modifications in mice by the use of embryonic stem cells".

Sir Martin held posts in UCL's anatomy and embryology department - Assistant Lecturer 1966-1969, Lecturer 1969-1977, Lecturer & Tutor 1977-1978 and Honorary Lecturer 1978-1979 - during and after his UCL PhD on the genetic control of vertebrate development, entitled 'Studies on the ribonucleic acid of early amphibian embryos'.

On his website, Sir Martin writes: "During this early research on changes of messenger RNA profile during neural induction in Xenopus, I was using pioneering techniques of agarose gel electrophoresis and metabolic double labelling. These experiences led to a realisation of the need for a tractable experimental system to study development in isolation from the whole embryo and with the possibilities of genetic manipulation and I therefore chose to explore the use of cultures of mouse teratocarcinoma stem cells in tissue culture systems. I was the first to maintain these cells in tissue culture under conditions where their ability to differentiate was retained indefinitely. Studies from my laboratory showed extensive differentiation of these cells in culture and the means whereby this happened was shown to be that corresponding to organisation of a normal mouse embryo. Moreover these cells would participate extensively in normal development in combination with a normal embryo and give rise to adult mice. These studies showed the close relationship between these 'EC' cells and normal mouse embryos."

Subsequent research formed the basis of all the mouse knockout and targeted genetic manipulation. His laboratory developed the first demonstration of gene therapy to cure the deficit in cystic fibrosis in the whole animal and recently, from a mutated mouse model, insights into the function of the breast cancer gene BRCA2.

UCL congratulates Sir Martin for his lifelong record of achievement, and his contribution to our understanding and improvement of health.

The joint heads of the UCL School of Life & Medical Sciences, Professor Peter Mobbs (Dean of UCL Life Sciences) and Professor Ed Bryne (Dean of UCL Biomedical Sciences), commented: "Sir Martin's pioneering studies in mouse teratocarcinoma cell culture in his years at UCL paved the way for the subsequent identification of embryonic stem cells from normal mouse embryos and opened up what is potentially one of the most important fields in developing effective treatments for many incurable disorders. All in biomedicine at UCL take pride both in his seminal discoveries and in their acknowledgement with the award of the Nobel Prize."