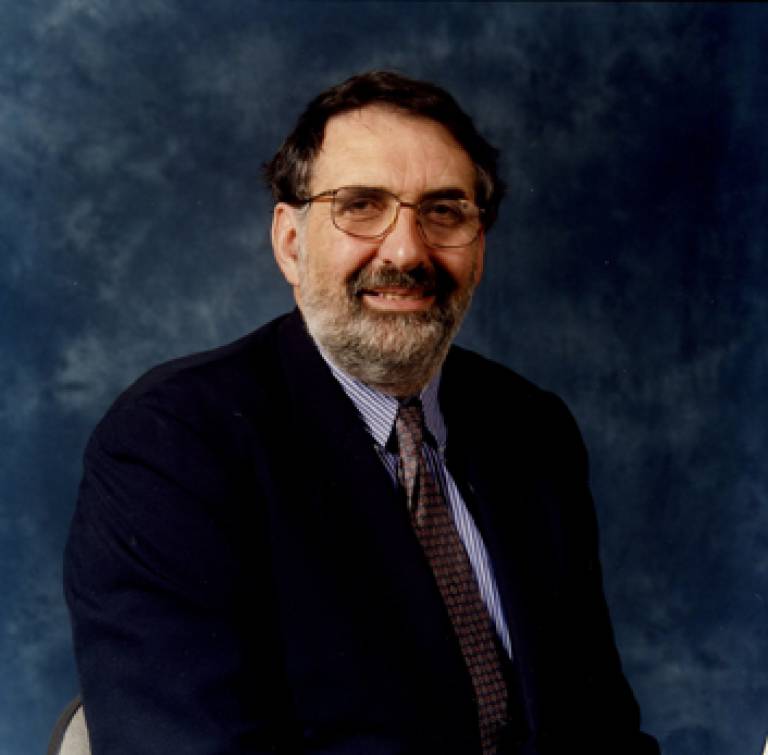 Professor Levinsky was a hugely respected immunologist, rising to become Dean of the ICH - dramatically raising its research rating and income - then leading its merger with UCL in 1996. He became UCL Vice-Provost (Biomedicine) and Head of the UCL Graduate School in 1999, then served five years as Vice-Chancellor of the University of Plymouth from 2002. He died in a tragic accident on 1 January 2007.

Twelve speakers paid tribute to Professor Levinsky. Professor Andrew Copp, Dean of the UCL ICH, and Professor Malcolm Grant, President and Provost of UCL, praised his vision and legacy in leadership roles at the ICH and UCL.

Professor Judith Chessells described his pioneering research for children with immune deficiency, leading to the first of more than 300 bone-marrow transplants at Great Ormond Street Hospital for Children. Professor Christine Kinnon outlined his contribution to the development of gene therapies to treat lethal immunodeficiency conditions.

Professor Marcus Pembrey summarised his leadership of the ICH as being characterised by both vision and the ability to implement it successfully. Professor Stephan Strobel called him passionate and persuasive, a "good skipper" of both yachts and institutions.

Anne Macdonald, who worked with him at the ICH and the UCL Graduate School, described him as "brilliant, talented and generous", defining and raising standards for research students at UCL and nationally.

Professor Michael Worton, UCL Vice-Provost (Academic & International), spoke of him as both a born leader and comrade, with "theatrical ferocity" and "driving energy". Graham Raikes, of the University of Plymouth, recounted his remarkable impact on the university and the region.

Family members recalled him as a loving and energetic brother, father and husband.

Speakers noted Professor Levinsky's commitment to his child patients, his diverse personal interests - such as sailing, golf and tennis, making and firing pots, dancing, history and politics, and food and wine, among others - as well as his mischevious sense of humour.

Professor Levinsky was frequently described as a giant - in his physical presence, intellectual capability, social conscience, humanity and appetite for life.