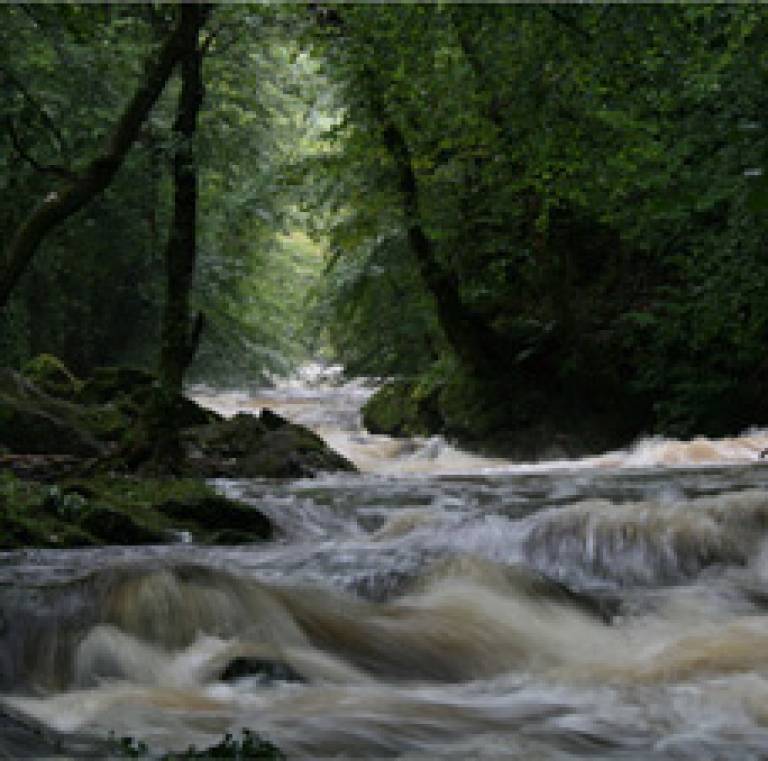 Over the last 20 years, lakes and streams in remote parts of the UK, southern Scandinavia and eastern North America have been increasingly stained brown by dissolved organic carbon leaching from catchment soils. In this week's 'Nature' an international team, led by researchers from UCL and the US Environmental Protection Agency (EPA), demonstrates that the colour change is indicative of a return to a more natural, pre-industrial state following a decline in the level of acid rain.

Don Monteith, Senior Research Fellow at the UCL Environmental Change Research Centre, said: "A huge amount of carbon is stored in the form of organic deposits in soils, and particularly in the peatlands that surround many of our remote surface waters. In the past two decades an increasing amount of this carbon has been dissolving into our rivers and lakes.

"There have been numerous attempts to explain what's happening, with everything from global warming to changing land-use cited as the cause. Some studies have suggested that we're seeing an unprecedented phenomenon as soils destabilise with unpredictable consequences for the global carbon cycle."

John Stoddard of the EPA said: "By analysing water chemistry records from over 500 sites across the northern hemisphere we've found that the dominant factor in the whole process is not global warming. The most important driver has actually been the major reduction in acid rain since the 1970s. As acidity and pollutant concentrations in the soil fall, carbon becomes more soluble, which means more of it moves into our lakes and rivers and more can be exported to the oceans.

"In some ways we're seeing waters returning to their natural, pre-industrial state. However, more research is needed into the implications for freshwaters. The environmental pathways of heavy metals like aluminium and mercury, for example, are closely tied to dissolved organic carbon, and it's too early to know how increasing organic matter will affect these toxic compounds.

Chris Evans, from the UK Centre for Ecology and Hydrology, added: "The suggestion that waters are returning to more natural conditions may be of little consolation to water supply companies as they are faced with the increasingly difficult - and expensive - task of removing the colour from drinking water using treatment facilities that were designed to deal with the lower concentrations experienced in previous years."

Data for this study was drawn from nationally funded monitoring programs in the UK, USA, Canada, Norway, Sweden and Finland, with assistance from the United Nations Economic Council for Europe (UNECE) ICP Waters Task Force who oversee monitoring of acid deposition effects throughout these regions. Trends in dissolved organic carbon, air temperatures and a suite of other chemical variables were assessed using data from 1990-2004.

In the UK uplands, headwater lakes and streams such as those used in this study provide drinking water for a significant proportion of the population and represent a key habitat for many aquatic plants and animals.

Don Monteith said: "We have learnt an enormous amount about these upland ecosystems under government funded acid rain research, and these unique long-term datasets now provide a perfect baseline to track the future influence of climate change on water quality, biodiversity and soil processes. Regrettably, as acid deposition begins to fall and these waters are beginning to show signs of improvement, funding is being cut back sharply, and we risk losing this invaluable national scientific resource. Without these records UK scientists and policy makers will struggle to determine how and why climate change may be affecting wide swathes of the UK landscape into the future."