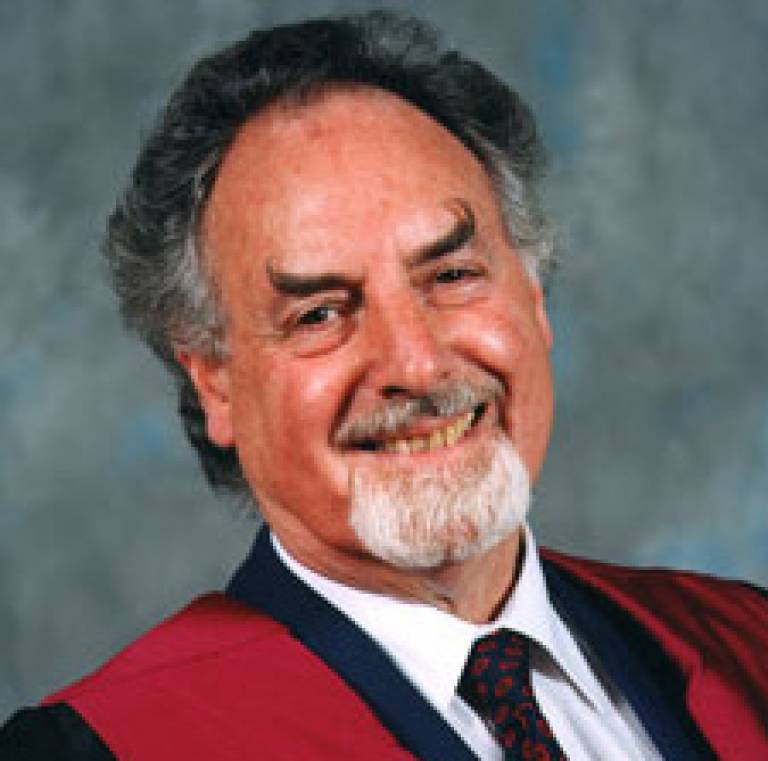 Professor Geoffrey Burnstock (UCL Autonomic Neuroscience Centre) has been awarded an honorary degree by the JW Goethe-Universität in Frankfurt am Main, Germany for his contribution to the field of cellular nerve signalling. He has been awarded the title of Doctor of Natural Sciences (Doktor der Naturwissenschaften ehrenhalber), which is the highest honour awarded by the university's Faculty of Life Sciences - it is 20 years since it was last bestowed.

Professor Burnstock's research has focused on the autonomic nervous system, especially on the role of the neurotransmitter ATP. A simple molecule present in all cells, scientists once thought that the only function of ATP was to generate cellular energy. However, during the 1970s, he discovered that ATP had another role, as an extracellular messenger. His findings were initially considered controversial, but these days his work has found an accepted place in physiology, and has had an impact across many scientific disciplines.

Although his initial interest in ATP was firmly in the realm of basic science, in recent years Professor Burnstock has worked with medical researchers and industry to help ensure that his discovery can be developed to medical treatment. When he first suggested that ATP was a neurotransmitter, the idea was met with scepticism, largely because ATP is so ubiquitous in body systems that people found it difficult to accept that it had a neurotransmitter function.

But now, the very prevalence of ATP as an extracellular signalling molecule is what makes this discovery so exciting for biomedical research, because it affects most body systems.

For example, the ATP-related drugs have potential for pain management, bladder incontinence, cystic fibrosis, dry eye, thrombosis, osteoporosis and cancer and may also be important for the treatment of some cardiovascular diseases.

To find out more about Professor Burnstock and his work at the UCL Autonomic Neuroscience Centre, use the links at the top of the article.