Writers in residence: a novel role

If you think they float around the aesthetically pleasing parts of campus waiting for the muse to descend, and rework manuscripts tucked away down corridors that time forgot, think again. 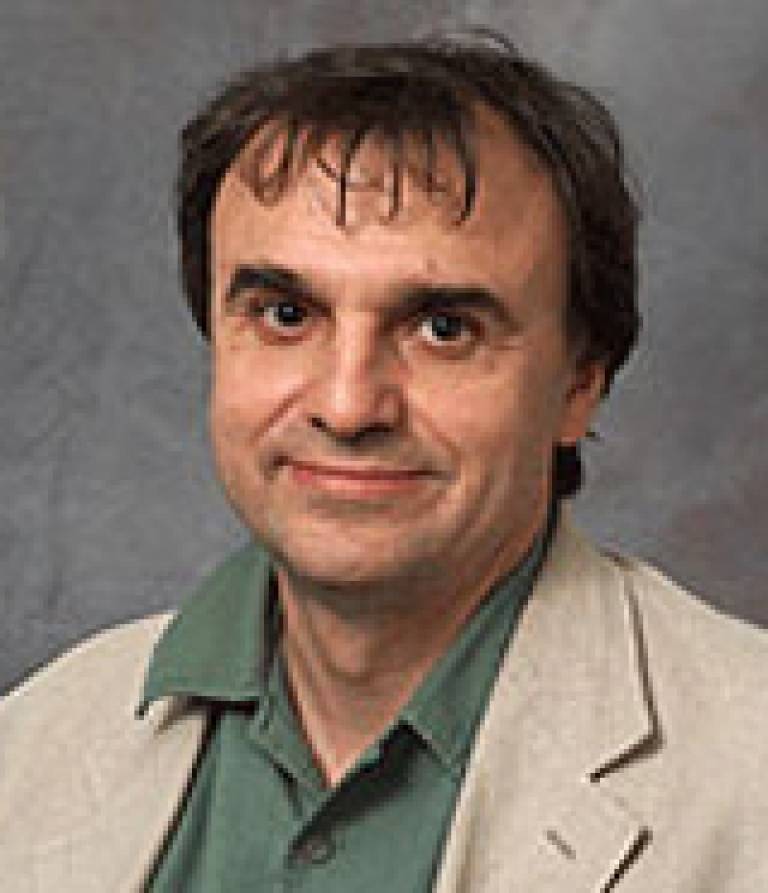 At UCL, writers in residence are expected to teach, lecture to the public and settle fiery online debates about the best way to translate their oeuvre.


"At the age of fifty, it's pleasing to be able to say you are a reader and a writer." Enrico Palandri, Italian novelist and writer in residence at UCL Italian, was working part time as a Language and Literature Assistant at the university when the translation of his third novel 'La via del ritorno' ('The Way Back') shot him into the cultural limelight in 1993. The department was quick to recognise the pedagogical asset on its hands, finding external funding to create a writer in residence position, which Mr Palandri retained on becoming a Reader in Italian Literature.

"Three-quarters of my teaching input on the Contemporary Italian Novel course comes from the fact that I am a writer," says Mr Palandri. Each year, he guides finalists through the development of the Italian novel from the post-war generation to the present day (though he refrains from discussing his own work through a combination of modesty and a concern that the students express their true feelings about the writing they are presented with).

At the start, students tend to view the course as a contract: "They are very concerned initially about individual achievement, what they need to produce in their final essay [the only form of assessment of the course] but with time they start to appreciate the communal effort, the exchange of ideas, that is necessary to good writing. I think I help them understand that you need to find an authentic voice, whether you are writing fiction or essays."

Mr Palandri himself has published two essays on fiction writing, as a result of discussions that have arisen during the course. That teaching feeds back into his creative work is, he believes, testament to the quality of study at the department. A regular teacher and speaker in the US, Europe and Venice, he finds UCL the most intellectually rewarding milieu that he is engaged in.

"UCL Italian is an extraordinary department - the wealth of subjects on offer is very surprising. The traditional courses are complemented by options on cultural identity. For example, John Dickie specialises in the mafia and John Foot in football, among other things. It also has a consistently high research assessment exercise rating.

"When I look at literary departments around the world, the presence of writers in residence is very important: it's the only way to show that creative writing does not exist in a vacuum but that it can be an exercise relevant to everyday life. A lot of good writing today is linked to university teaching. Being relieved from immediate financial pressure means that these writers can afford to look deeply into the big issues, which is something very special."

UCL Dutch has also been running a writer in residence programme for over ten years, though each year the department chooses a different writer from a shortlist offered by the Amsterdam-based Foundation for the Production and Translation of Dutch Literature, which funds the programme. Over the years Dutch writers of novels, short stories, plays, poetry and television dramas have been based at the department for six weeks, teaching on creative writing courses at undergraduate and postgraduate level which culminates in a public lecture (in Dutch or English) or an interview with UCL Dutch students attended by the Dutch embassy.

However, the most innovative part of the scheme, according to Theo Hermans (Professor of Dutch and Comparative Literature and Head of Department), is the translation element. Every year, finalists and postgraduates hook up with students of Dutch at Sheffield and Cambridge over the internet to work on a group translation of a text by the UCL writer in residence.

Over nine weeks, the students deliberate on the difficulties that the short story, speech or essay poses for translators - questions of style, use of slang or technical vocabulary, for example - through discussion in the virtual learning environment WebCT. They are split into groups to work on different sections of the text before reviewing each other's output to arrive at a painstakingly considered collaborative translation. The final text is presented by videoconference to the writer and staff at the three universities, and often appears in 'Dutch Crossing', a journal that originated at UCL Dutch and is now published by the Association for Low Countries Studies in Britain and Ireland - a great start to the portfolio for any would-be translator.

"The students always work on a previously untranslated text, so they start with a completely blank slate," explains Professor Hermans. "Each group includes students from each university and a share of native Dutch and English speakers, so communication skills are really put to the test, as well as linguistic expertise. The staff, the writer and a professional translator (a UCL Dutch alumnus) can 'eavesdrop' on the forum so that we can see how work is progressing and provide advice if necessary. Towards the end of the project, the writer sits in on some real-world sessions. Students can start off in awe of them, though defences are soon lowered as the writer is actually at a slight disadvantage, given that they are working in their second language."

The project is an eye-opener for the writer too. The labour-intensive 'translation by committee', whereby every comma is fought over by up to 30 students, puts their work under unprecedented scrutiny. Some find it a tricky path to navigate, intellectually and sometimes technically - one writer in recent years had not used email before - but all are struck by the enthusiasm of the students.

"We created the project on the principle that the journey, rather than the final product, is the most important part. Translating today is all about being able to communicate in a range of channels, and the virtual world has an increasingly important role," says Professor Hermans.