Juana Awad, a masters student at the UCL Slade School of Fine Art, has exhibited a sculpture inspired by dementia in a London gallery after winning a competition to be the artistic interpreter for a Microsoft design award. 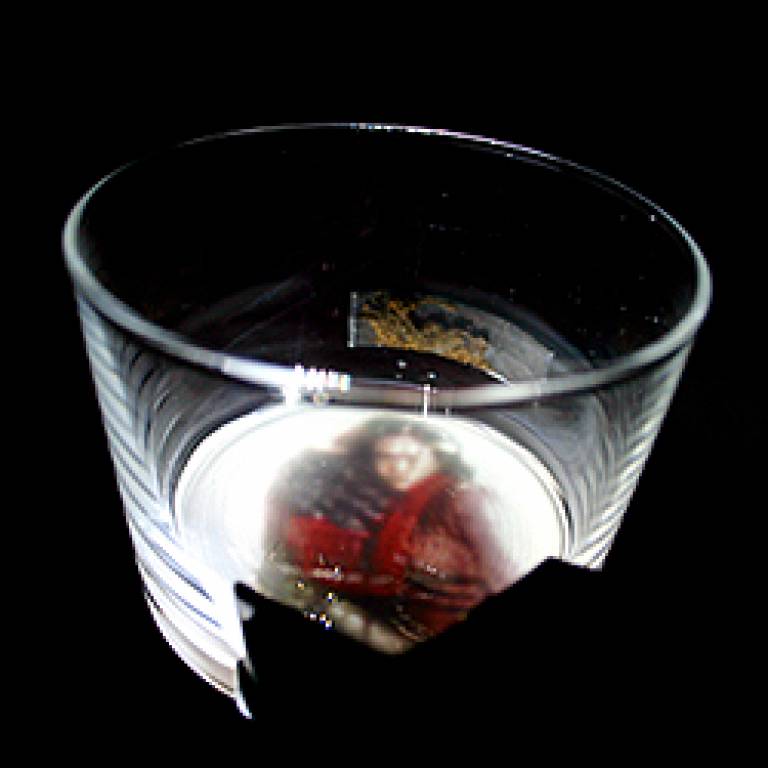 Juana's untitled sculpture was on display at Gallery 27 on Cork Street earlier this month, and a still from the incorporated video installation has been auctioned in aid of the Alzheimer's Society.

Microsoft's annual DesignIT awards offer charities funding and technical expertise to develop and implement a system integrating technologies that can benefit the charities' work. The corporation ran a competition publicised by the UCL Slade School of Fine Art to find an artist interested in the relationship between technology and art who could create an artistic interpretation of the winning entry. Juana's work exploring two- and three-dimensionality and first person narratives set her apart from her rivals.

Juana's sculpture took as its inspiration the screen saver devised by the Alzheimer's Society that won first prize. Populated with images, video and music, the screen saver has been conceived both as a bank of personal memories and an aide-memoire for people living with dementia.

"The project was about the memory loss and daily lives of people living with dementia, and the personal stories of those living with the condition and their carers," said Juana. She visited the Alzheimer's Society to research the subject and met Said Dajani, the designer of the screensaver, to gain insights to inform her work.

"The concept I developed extends the theme of claustrophobia found in my other work," she said. "It is a sculpture with a video installation of a projection inside a glass of water. The glass touches on the idea of emptiness and being trapped underwater. It is sustained by a very heavy metal structure that resembles a medical instrument. To highlight the personal aspect I used an image of myself at the bottom of the glass."

Arthur Miller, UCL Emeritus Professor of History and Philosophy of Science, was one of the six judges on the DesignIT award panel. He described Juana's interpretation as "an excellent example of art/science."

To find out more about the awards or the work of UCL Slade students, follow the links at the top of this article.

Image: Detail of Juana's sculpture inspired by the difficulties of living with dementia