UCL at the RS Summer Exhibition

The UCL Mullard Space Science Laboratory is exhibiting at the Royal Society Summer Science Exhibition, from 2 to 5 July 2007. 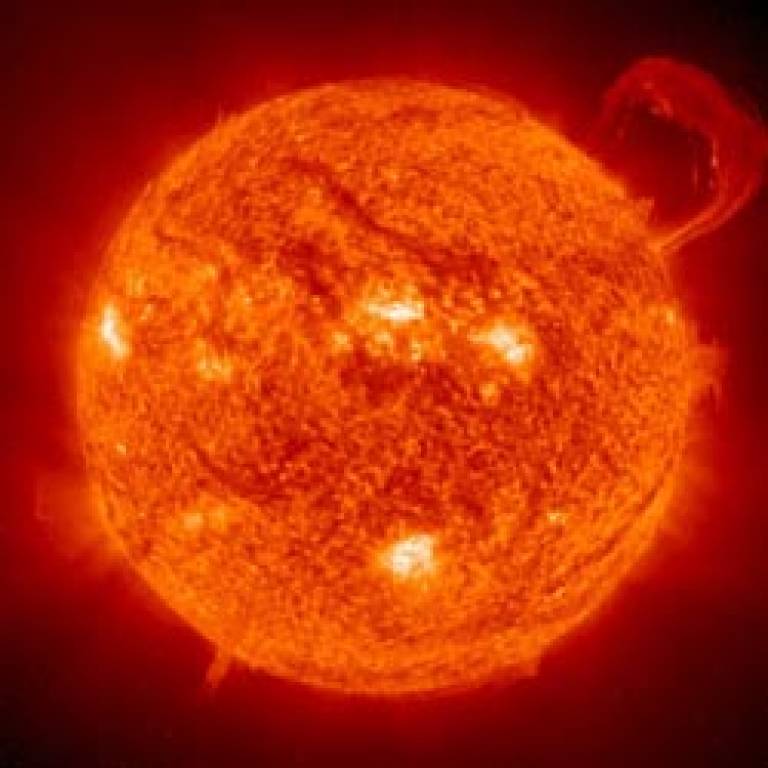 Entitled 'Living with a star: surviving near our explosive Sun', the exhibit explains how UK researchers are using two new space missions to better understand how the Sun produces its powerful eruptions - called coronal mass ejections (CMEs) - which blast high speed particles into the Solar System.

The Hinode and STEREO missions allow scientists to understand how the eruptions are triggered and to predict which ones will hit the Earth.

The exhibit is organised by Dr Lucie Green (UCL MSSL). She said: "The Sun regularly produces immense eruptions. If CMEs hit the Earth they can damage satellites and disrupt electrical power lines, but until now we haven't been able to accurately predict which CMEs are headed our way."

Dr Green explained: "The new missions are special because they give us a 3D view of the Sun and allow us to track CMEs on route to the Earth. Using these new observations we can not only better understand the Sun's activities, but we should be able to predict 'space weather'."

UCL scientists are part of a collaborative team looking into the data from Hinode and STEREO, and UCL scientists also designed and manufactured the EUV imaging spectrometer (EIS) instrument on board Hinode, and is sending back spectacular and data-rich images of the Sun.